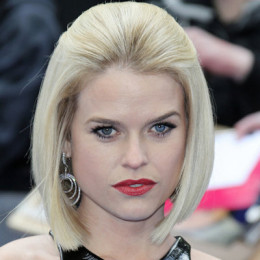 Widely known for her prominent roles in the movies, Alice Eve has established herself in the Hollywood industry as reputed and talented artist. As an English actress, she was born in London and ethnically she is of English, Welsh and Irish descent. She spent most of her childhood time Bedales School. The daughter of a former Actors Trevor Eve and Sharon Maughan, she soon steps of her parents.

Having a very tight schedule in her daily life, she seems to spend most of her time in London and Los Angeles. For further study, she joined Oxford University where she had a long time romance with poet Adam O’Riordan, but the couple broke up. Now, she is in a relationship with Alex Cowper-Smith who is her old high school friend and they both getting engaged soon.

Alice Eve was born on 6 February 1982 in London, England to Sharon Maughan and Trevor Eve. She is of English, Welsh, and Irish descent.

Eve is best known for her role as Dr. Carol Marcus in Star Trek Into Darkness. She appeared in some TV dramas like Agatha Christie's Poirot and Hawking. She portrayed the lead role in American romantic comedy She's Out of My League.

She appeared in the romantic drama Before We Go opposite Chris Evans in 2013.

She joined Netflix's Iron Fist as Mary Walker in December 2017. Some of her recent movies include The Stolen, The Con Is On, Replicas, Fair and Balanced, and Untogether.

Eve has an estimated net worth of about $6 million at present.

Eve was in a long-term relationship with poet Adam O'Riordan. She met him while reading English at Oxford. The couple split in 2012.

She declared her engagement with her high school sweetheart, financier Alex Cowper-Smith on 14 August 2014. They tied the knot on 31st December 2014. However, the couple couldn't manage to be together for long and divorced in 2017.

She has heterochromia. It is a condition in the eyes in which the irises have two different colors. Her right eye is green and her left eye is blue.

Meanwhile, Eve was spotted strolling around with a mystery man back in August 2018.