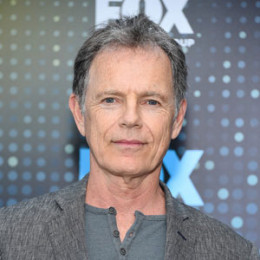 Canadian actor and producer, Bruce Greenwood is an undeniable talent in the film industry. He is best known for his roles as the American president in "Thirteen Days", "Kingsman: The Golden Circle" and "National Treasure: Book of Secrets". He first made his acting debut in 1977 and to the date, he has appeared in numerous movies and TV series. He also well recognizes for his role Overlord in the video game, "Call of Duty: Modern Warfare 3".

Greenwood has two younger sisters, Kelly Greenwood, a nurse and Lynn Greenwood, an activist. He completed schooling from  Bethesda, Maryland. He had the nickname "Greendog" while growing up. He graduated from high school in Zurich, Switzerland, where his family lived for 13 months because of his father job.

At first, he wanted to become a professional skier but after injuring his knee at the age of 16 forced him to find interest in other career option. The incident resulted, six operations on his right knee and he has to wear a brace for support.

Later, he attended the American Academy of Dramatic Arts in New York City in 1980. He went drama class in skateboard while lived on Bleecker Street in Greenwich Village.

Bruce Greenwood started his acting career in 1977 in theaters in Vancouver. He got his first screen credit in 1979 Anglo-Canadian thriller film, Bear Island. He debuted in television in Huckleberry Finn and His Friends (1980) as Bob Grangerford.

In 1982, Greenwood made his Hollywood debut in First Blood but his role goes uncredited. Fortunately, the same year, he got his breakthrough role in St. Elsewhere. In 1983, he came to Los Angeles to dub dialog in Deadly Nightmares where he got the lead in Legmen (1984). 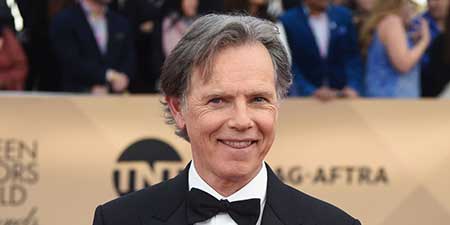 Some of his notable films include Star Trek, I, Robot, Double Jeopardy, The Core, Thirteen Days, Exotica, The Sweet Hereafter, I'm Not There and others. He played the role of the President of the United States in National Treasure: Book of Secrets in 2007.

Bruce Greenwood starred in the horror thriller, Cell 213. He played a lead role in Steven Spielberg produced 2012 ABC series, The River and reprised his role in Star Trek Into Darkness. He appeared in numerous TV series like Legmen, Jessie, St. Elsewhere, Knots Landing, Hardball, Nowhere Man, Sleepwalkers, Class of the Titans, The Summit, Mad Men and others.

Greenwood wins his first award "Gemini Award" in 1995 for his role in Road to Avonlea. He received "Satellite Awards" for Thirteen Days in 2001. He earned two awards, "Boston Society of Film Critics Awards" and "Denver Film Critics Society" for Star Trek in 2009.

Bruce Greenwood has an estimated net worth of $10 million which he garnered from his acting career. He earned nearly $750k-$1m for his appearances in movies and TV series. He starred in numbers of box-office hit movies and some of them are enlisted below;

Bruce Greenwood is happily married to his longtime girlfriend, Susan Devlin. The duo exchanged vows at an intimate ceremony in 1985, in the presence of their closed friends and family members. The duo first met in 1971 when both of them were 15. The duo is proud parents of a child. 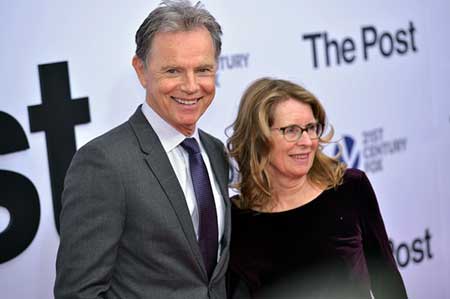 Greenwood is an avid musician and he likes singing and playing his electric guitar. In 1995, he quit smoking after the pilot of Nowhere Man. The same year, he filmed a public service message for Northwest Medical Teams on the plight of Romanian orphans while shooting for Nowhere Man.

Greenwood loves to pepper his speech with sound effects and foreign accents. He is an avid outdoorsman who skydives, skis, hikes, and sails. He used to watch  ABC's Wide World of Sports during his childhood and dislikes scary films.

In 1983, Greenwood moved to Los Angeles where he lived in a two-bedroom apartment in Laurel Canyon and drove a 1972 Toyota pick-up truck. He didn't purchase an operable TV for many years after his move to LA.

Check out the interview with Bruce Greenwood.