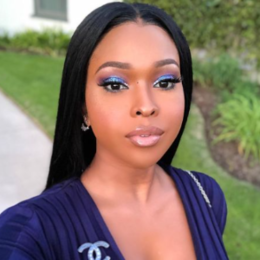 Amiyah Scott is an American model, actress, author, and dancer best known for winning the hearts of millions on the social media app Instagram. Besides, she gained popularity as a fixture in the LGBT ball community. Later, she landed the role of Cotton in the Fo tv series Star.

Amiyah Scott has never been married. However, the diva stated during an interview she has had romantic affairs with some high-profile men. Amiyah refuses to mention the name of those people.

Back then, Scott was in a relationship with a fellow social media star Micah Dixon who has photographed with Rihanna. Mica is a well-known Instagram phenomenon. They were in relation from 2017 to 2018. Amidst the affair, Amiyah was together with Dixon at red carpet events. 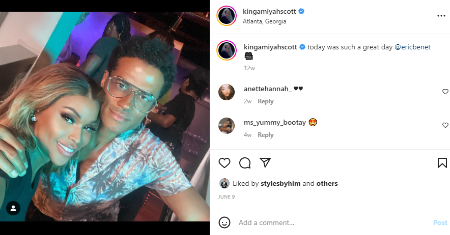 Amiyah Scott has never become pregnant to date.  She does not have children.  While transitioning into women, Scott started taking birth control pills as a form of hormone replacement therapy instead.

Scott always wanted to be a role model for the transgender community. The reality tv star felt like she was working for free amid the contract disputes. His discomfort was the reason behind Amiyah's goodbye to the cameras.

The GLAAD, Rising Star Award winner possesses a net worth of $1 million as of 2022.  he receives big payroll from her successful acting and singing career. A part of Hollywood, Scott earns through ads, endorsements, and sponsorship. 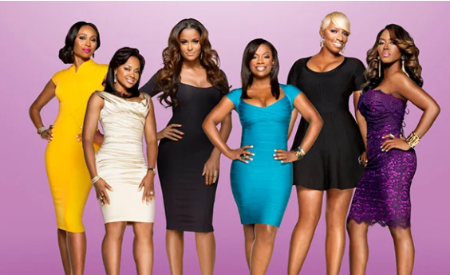 The 34-year-old came to the limelight with the role of Cotton on Lee daniel's Fox television series "Star." Amiyah became famous as the first American transgender star to land a transgender role on a major network series with this character. S e has furthermore starred in Sugar Baby and When We Grow Up.

Scott joined the Bravo hit reality show "Real Housewives of Atlanta" in 2015. In January 2016, the sexy trans model announced she had quit the show after the producers urged her to act sexy and bitchy, which she wasn't comfortable with.

Check out the clip of Amiyah Scott in a podcast with Rickey Smiley!

Later in December, Amiyah took to Instagram to explain the "contractual complications" that prevented her from making further appearances as a full-time cast member or being friends of the Housewives.

Scott also mentioned she was urged by Bravo producers up to the drama factor. D ring an interview with RadarOnline, she was in her twenties, and when the opportunity was brought to Scott, it had no guarantee, and she was cool with that.

Moreover, She owns a beauty line, Amiyah Beauty, with RivalWorld. Scott started a business launching her first product, lip-gloss, in August 2019. The Manhattan native brought her unique, exotic style to her namesake brand with the initial product to kick off the collection, Galactical Gloss.

The new line provides a multi-dimensional allure transcending every gender while the fabulous gloss brights the light of the cosmos to lips. As of now, Amiyah Beauty is available at the celebrity-driven online store Rivalworld.

As an adolescent, Amiyah went through bullying. At age fifteen, she experienced a partial male-to-female transition. A  seventeen, Scott ultimately transitioned. B, for she was twenty, she left her parent's home and explored entrepreneurship opportunities. 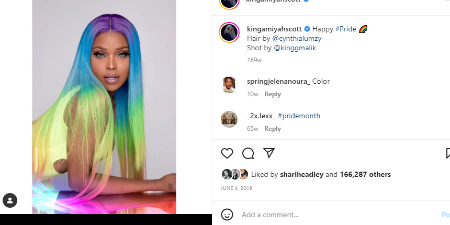 For their hard work and wit, Amiyah has been well admired by the members of the LGBT ball community. Th internet sensation has now become a proud advocate of the LGBTQ community. In addition, she aimed to be a voice for Transgender Females.

Amiyah Scott was born Arthur on January 11, 1988, in Manhattan to African parents. Mo over, the starlet describes herself as the "ultimate Southern Belle with an "Up North Twist." At age seventeen, black beauty decided to transform from male to female.

Scott went to the local elementary school in her hometown and later earned higher education from one of the reputed colleges. Am yah had to undergo trauma due to her appearance before changing her gender.

Amiyah looks pretty much glamorous and well maintained ever since she transformed. Th  RHOA cast flaunts her toned black body in an open, cropped dress.

Scott stands at 5 feet 4 inches and weighs 55 kg. She has long black hair and a pair of brown eyes. Am yah is a tattoo lover as well. She has two tattoos on her body, one on her hands and another on her left chest.

Unlike other sites, the grey-haired is popular on TikTok with 4348 followers. Sc tt joined Twitter in September 2011, and she has 299.5k followers.

Famous for her modeling profile on the website Model Mayhem, Scott mentioned she has been "globally popular in the underground ballroom scene.