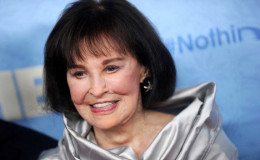 Vanderbilt who faced four unsuccessful marriages in her life is also known for her astonishing love life with a number of famous faces in Hollywood. Wanna know details? Let's get into it!

There's very little that the 95-year-old great-great-great-granddaughter of shipping magnate Cornelius Vanderbilt has done in her life.

Gloria Vanderbilt who was dubbed as America's "poor little rich girl" was raised by her aunt, Gertrude Vanderbilt Whitney. She is known as the subject of a sensational custody battle and the woman who spotted one of his sons commit suicide. 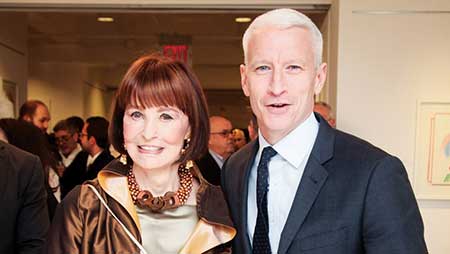 Gloria and his son Anderson Cooper wrote a book together and became the subjects of a documentary Nothing Left Unsaid: Gloria Vanderbilt & Anderson Cooper premiered on HBO on 9th April 2016.

During an interview with Entertainment Weekly and PEOPLE editorial director Jess Cagle, Cooper came to know that his mother was in a same-sex relationship in past.

I was 16 and this was my first shoot for #harpersbazaar. The great George Hoyningen-Huene was the photographer. I was surprised and secretly thrilled afterwards to see the photo in Bergdorf Goodmans window, along with the outfit I was wearing in the shoot.

Here's an interview with Cooper and Gloria talking about their new book The Rainbow Comes and Goes: A Mother and Son on Life, Love, And Loss:

She explained that she had an intimate experience with her best friend from school 'a girl'.

"I, myself, when I went to [Miss Porter’s School in] Farmington, [Connecticut] I went through a brief so-called lesbian relationship with a girl in school."

The CNN anchor who was completely stunned of his mother's revelation said,

"What? Hello," and adding, "this is news to me. You didn’t mention this in the book, Mom."

She was just 13 years of age at that time and, this time, she expressed her views about love.

"I think almost everybody goes through at one point, of course, the thing is, now we realize there’s no difference. Love is love."

Gloria's mother, Gloria Morgan Vanderbilt was accused of being a lesbian in 1932 custody trial and that was the moment when Gloria understood all about homosexuality.

"It has nothing to do with whether it’s two men or two women, it’s love. And it’s just like being married, it’s what it is."

Born famously rich and famous, the legendary socialite always made headlines regarding her extraordinary love life. Though she's most .probably single at present if you wanna know details about her past relationship status, just follow the next.

He posted a slideshow of images of his glamorous model artist mother on Instagram.

"Happy 95th Birthday to my mom, Still painting everyday @gloriavanderbiltstudio. Still dreaming and creating, still believing the next great love is right around the corner. Who knows? Maybe she is right? I love you, Mom"

Gloria herself also celebrated the big day posting a number of pictures. Have a look:

Today I turn 95. It feels like yesterday i was 16 and posing for my first picture for Harper’s Bazaar. There is so much i wish I had known then. I do believe that it is only once you accept that life is a tragedy that you can truly start to live.... and, oh, how i have lived! So many lives, so much work, so much love. It is incalculable.

Gloria often calls that her marriage with Pat DiCicco, a Hollywood agent was one of the greatest mistakes of her life. The two married in 1941 amid rumors that he killed his first wife.

A few months later the separation, she married Leopold Stokowski, another inappropriate match. The couple is blessed with two sons Leopold Stanislaus "Stan" Stokowski (1950) and Christopher Stokowski (1952). The two ended with a divorce in October 1955.

Later, Vanderbilt's third husband was the director Sidney Lumet on 28th August 1956. With no kids together, the two divorced in August 1963.

She tied the knot the fourth time to author Wyatt Emory Cooper on 24th December 1963. Their conjugal life lasted for 15 years that ended with his death in 1978. 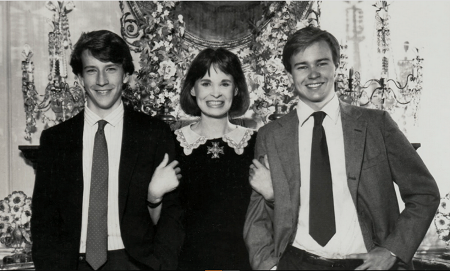 They have two sons Carter Vanderbilt Cooper (1965) and Anderson Hays Cooper (1967). Her son Carter took his own life at age 23 jumping from the family's 14th-floor apartment.

You May Like: Find out all the details regarding the Professional life of Anderson Cooper's Boyfriend Benjamin Maisani

She was linked with photographer and filmmaker Gordon Parks until his death in 2006. Some other notable relationships of Vanderbilt include Marlon Brando, Howard Hughes, Frank Sinatra, and Roald Dahl. 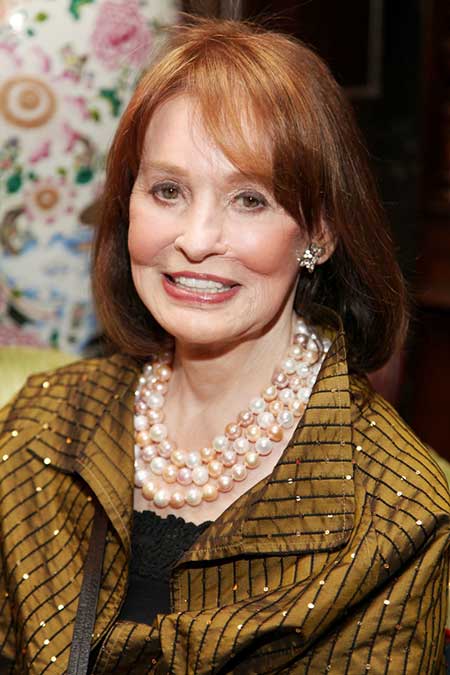