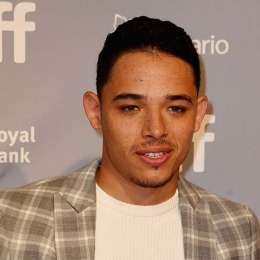 Anthony Ramos is one of those actors who never disappoint his audiences through his performances. The actor is best known for portraying the dual roles of John Laurens and Philip Hamilton in the Broadway musical Hamilton in 2015. He made his screen debut back with 2016 film, White Girl in a supporting role.

Is Anthony Ramos Dating Someone? Know More About Her Personal Life

Anthony Ramos is in a long-term relationship with fellow actor Jasmine Cephas Jones since 2015. The duo first met during the rehearsals for the Off-Broadway production at The Public Theater and eventually fell in love. Furthermore, the couple engaged on December 24, 2018, and soon to get married.

"Cause they can write stories And they can sing songs But they don't make fairy tales sweeter than ours And they can climb mountains high into the sky But they can't take the world Oh, like we can take the world" - @johnnyswim I love you Jas 12/24/2018 Thank you for saying yes to writing stories together for the rest of our lives. I'm honored and Blessed to marry you. LEGOOO

The pair is quite open up about their love life to media and fans that might be the reason, they don't hesitate to share their cute PDA post on their respective Instagram. They are one of the most adored and loved celebrity couples.

How Much is Anthony Ramos' Net Worth?

Anthony Ramos holds an estimated net worth somewhere $1 million ballparks. He is one of the popular Broadway actors and on average, he earns $2,034 per week as per the production house and roles. Similarly, he might earn around $100k from his screen appearances in TV series and movies.

In 2018, Ramos starred in the musical romantic drama film, A Star Is Born starring Bradley Cooper, Lady Gaga, Dave Chappelle and others. The movie was one of the highest grosser movies of 2018 with the total box-office collection of $434.2 million against the budget of $36 million.

On the other hand, Hamilton actor made$1,216.5-$2,027.5 per promotional Instagram post. He also earns a good fortune from brand endorsements. 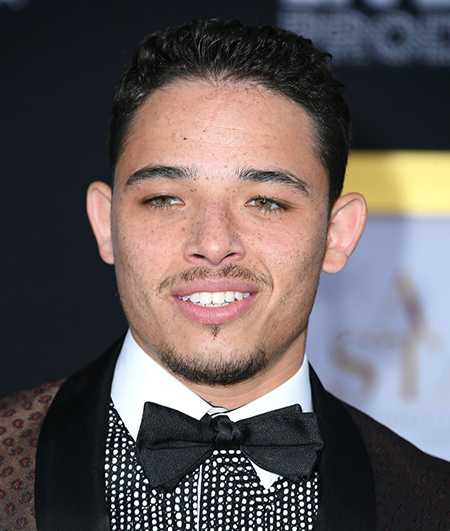