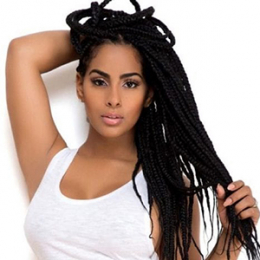 American model Ayisha Diaz has been able to mark herself as the most popular video vixen after featuring in Wale‘s 2013 song “Clappers” ft. Nicky Minaj and Juicy, and Soulja Boy‘s “Getting Money”. Ayisha even graced the cover of popular magazines such as "Black Men", “Straight Stunning” and “Smooth”.

Social media sensation Ayisha Diaz is currently in a romantic relationship with her mysterious man. Though the 26-year-old model hasn't disclosed the name of her beau, one can know that she is seriously in a relationship through her tweets. 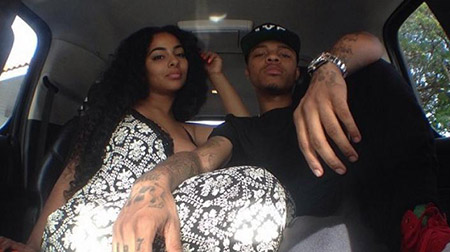 Previously, Ayisha linked with numerous celebrities on the entertainment but her short-lived relation with rapper Shad Moss aka Bow Wow back in 2014 surely became the proverbial talk of the town.

After few months of dating, the couple called it quit as Moss cheated on Diaz with few adult stars. The dirt of their romance was divulged all over social media with Bow Wow calling Ayisha ‘gold digger.’

Diaz regularly expresses her romantic thoughts with her fans via Twitter posts.

Though there are no details about her mystery boyfriend, some of the Facebook posts back in July 2018 suggest that she is dating Mbark Boussoufa.

Daiz and her rumored boyfriend Moroccan footballer Mbark Boussoufa are yet to speak out about their affair. But, it seemed Ayisha and Mbark drifted apart as the two were never seen together after they got made the fuss about being a couple.

On the other hand, Diaz's name was then romantically linked to rapper Young M.A who is openly gay and likes women. Well, Ayisha and the rapper were caught holding hands outside a nightclub in Atlanta.

But, Young M.A later clarified there was nothing going on between them and that they were just friends. Besides, Ayisha keeps her love life closer to her vest.

What's the Net Worth of Ayisha Diaz? Know about her Earnings, Salary

Ayisha Diaz's net worth lies somewhere between $100,000-$900,000 which she garnered from her lucrative modeling and business career.

Ayeza owns an online clothing and accessories shop named Jamila and is also a silent partner to three other successful businesses through which she earns a profitable sum of money.

The bombshell started her career in the entertainment industry appearing as a model in small adverts and commercials. Later on, she tried her luck and changed her profession into a video vixen as she started featuring in videos of renewed American hip-hop artists such as Nicki Minaj, Soulja Boy, and Drake.

Born in Omaha, Nebraska in the year 1991, Afro-American Ayisha Diaz is currently 26 years old and celebrates her birth on April 30 every year. She holds American nationality and was born under the Taurus star sign.

Ayisha Diaz hasn't disclosed any information regarding her parents to date. However, sources show she has two sisters namely Ashik and Ashley(who owns her a beauty line called Pretty By Ashley) and a brother whom she dearly adores.