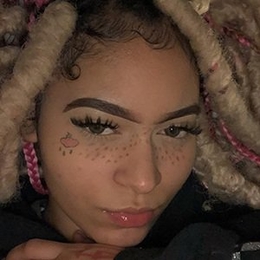 The self-made star, Aylek$ is a rapper by profession. Despite her career, she rose to fame after she started dating her rapper boyfriend, Trippie Redd. But the relationship could not last long and they broke up soon.

Aylek$ is single as of now after a failed relationship. Currently, she seems to be more focused on her career rather than involving in any serious relationship. It looks like she is now fed up with dating life after the heart break.

The rapper was previously in a relationship with Trippie Redd. Her ex-boyfriend, Trppie is also a rapper just like her. 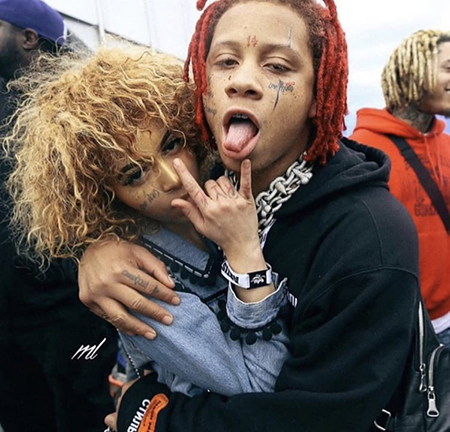 Aylek$ and her ex-boyfriend Trippie Redd were at the event.
SOURCE: weheartit

Well, the couple first met via Instagram. Redd described the first met as Aylek$ on Instagram in an interview with Montreality released in May. He told,

''First time I seen her was on the gram [Instagram], and I put, I dm’ed [direct messaged] her picture to my dm [direct message], just to remember her.''

Redd further mentioned that while he was hitting on her, she was tough. He explained,

They were different from other couples in the industry as they had a different view on romance. The couple used to tell that spending time with one another all day was enough for them. Like any other pair, they also had some problems in their relationships, but they somehow managed to fix them. Moreover, they were a fetish of each other.

Bad Bgabie aka Danielle Bregoli who came to limelight after appearing on Dr. Phil show. She is also popular for her phrase, ''Cash Me Outside.'' After her popularity, she started passing negative opinions toward Aylek$.

In an interview with No Jumper, she described an incident with her. For more detail, check out this video:

Due to the lyrics, their fans started speculating that they broke up. The rumor came out true, and they broke up in 2018.

Following the separation, Redd's professional enemy rapper, 6ix9ine posted a picture with Aylek$ in bed. Later, 6ix9ine even announced that he had sex with Redd's ex-girlfriend.

For more detail, check out this video:

After all these dramas, Trippie is currently dating his rapper girlfriend, Coi Leray with whom he posts several pictures on social media. 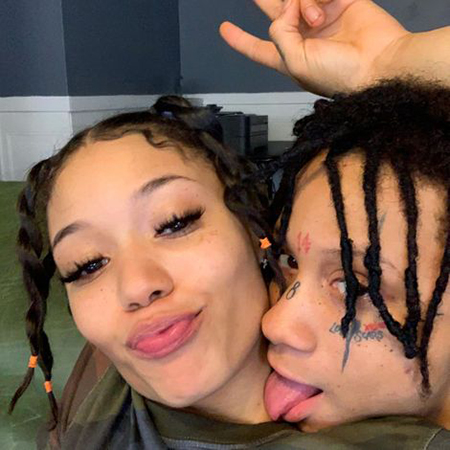 When it comes to Aylek$, she remained single till the date. Apart from relationships, Aylek$ has numbers of tattoos on her body. She inked, ''love scars'' underneath her left eye.

Aylek$ is a rapper bu profession. She makes a good amount of net worth from her career as a rapper and also from her released singles.

The rapper has the net worth of around $200 Thousand to $500 Thousand. She is making bucks from her singles and her career as a rapper.

The star is a brand ambassador of Fashion Nova. Numbers of celebrities including Kim Kardashian and Kylie Jenner wear the outfit from the brand. Moreover, she is about to begin her online store called ''ayleks.shop.''

Scrolling her Instagram account, she mostly prefers the Gucci brand. Most of her handbags and shoes are from the brand.

Thanks mystery guy I guess it’s never too late for presents. He said my aura shines like the light reflected off a waterfall

The rapper moreover is an iPhone user.

Visit marriedwiki.com for more detail about your favorite celebrity.