Who Is 19 Years American Rapper Trippie Redd's Girlfriend? Details Of His Affairs And Dating Rumors 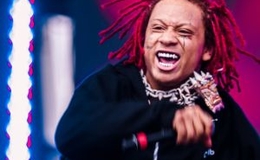 If you people have heard "Love Scars" and "Dark Knight Dummo", then you definitely know the American rapper and singer Michael Lamar White IV aka Trippie Redd. He is widely popular among his fans for his unique appearances and over the top rap skills.

Though he has very little to share about his dating life among his fans, his Instagram posts definitely give us some clues about his girlfriend and their romance. So, who the rapper is with? Let's get the details.

Trippie Redd is currently in an intimate relationship with the rising rapper, Coi Leray. Redd moved on so quickly from his past relationship. Moreover, he is not only comfortable showing off affection with his latest girlfriend, but Trippie is also well prepared to share his musical fame with her.

Trippie,20, went on a tour date with Coi Leray, 22, on February 2019. After seeing one another for a month, they officially began dating since April 23, 2019. The two even hoped on an Instagram live to share their future plans. Their video shows the new pair swapping spit before his new girlfriend begins to explain how she's not a hoe.

In June 2019, Trippie and Coi unveiled some new interesting things about one another during their McDonald's date. They are now considered hip-hop's newest couple and are still going strong.

The young rapper Trippie Redd seems to keep his personal life far from media attention. Though he shares minimum details about his romantic life, his relationship is never hidden from his fans.

He is in a relationship with a gorgeous lady named Angviish and he frequently calls her Aylek$. Redd wrote in one of his Instagram posts that she has her own upcoming music and wrote the number "24". 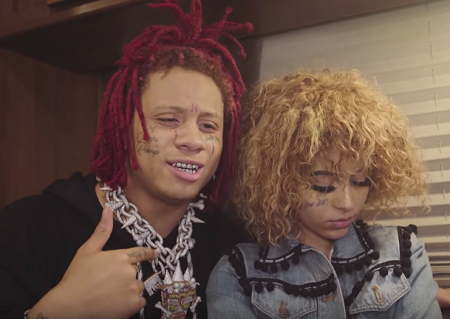 During an interview published in May 2018, he was asked by the interviewer if they have ever broken each other's heart. If so how they dealt with it.

"We haven't done that bad that we hate each other after but we definitely fix our problems."

Enjoy the full interview over here:

The couple has no posts together from April 2018 so, their fans have started assuming that they have secretly been separated. While others say that they are still dedicated to their lovely relationship.

Redd is renowned for his songs including Love Scars, Dark Knight Dummo, and Poles1469.

Lil Wop is the one who gets him started in the rap industry. He released his debut mixtape "A Love Letter to You" with the lead single "Love Scars". His album 17's song "Fuck Love" peaked at no. 28 on the Billboard Hot 100.

In October 2017, he came up with his second mixtape "A Love Letter to You II". Then in December 2017, he collaborated with Travis Scott and released the song "Dark Knight Dummo."

During an interview with Billboard in March 2018, he said that he would release his debut studio album with Lil Wayne and Erykah Badu. He released his singles including "Me Likey" and "How You Feel" in June 2018 and "Taking a Walk" in August 2018.

He had a serious fight with Tekashi69 when Redd called him a pedophile via a Twitter post on July 2017. He wrote:

Since then they kept on insulting one another over the social media till March 2018. Also, White has depute with rapper Chief Keef and Tadoe. He claimed that Tadoe abused artist Cuban Doll for talking to 6ix9ine.

Further, 6ix9ine accused White via an Instagram post that he has a sexual relationship with fellow rapper Danielle Bregoli who was just 13-year-old at that time. She took Instagram to deny the claims via Instagram that the two kissed but there's nothing serious between the two. 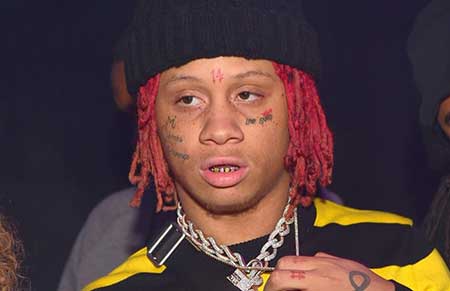 Stay updated with Marriedwiki.com for more celebrity gossips and biographies.