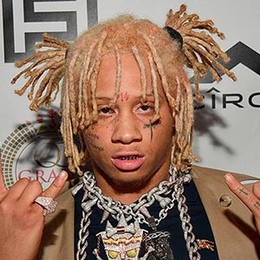 Have already made a name in the music industry, Trippie Redd performs different genres of music like hip hop, trap, cloud trap, alternative R&B, emo rap, and others. He gave some popular songs including 'A Love letter To You', 'Fuck Love', 'Dark Knight Dummo', 'TR666', and a few others.

Have already made a name in the music industry, Trippie Redd performs different genres of music like hip hop, trap, cloud trap, alternative R&B, emo rap, and others. He gave some popular songs including 'A Love letter To You', 'Fuck Love', 'Dark Knight Dummo', 'TR666', and a few others.

Trippie Redd Personal Life; Is He Single Or Dating A Girlfriend?

Trippie's girlfriend, Coi is a musical artist, who has performed in some popular music videos. The duo is open about their relationship and is more often spotted together, having fun. See the picture! 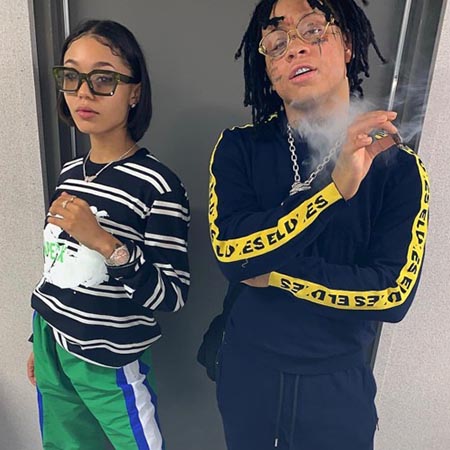 It's not clear about how everything started off between them, but its certain their relationship is fresh and is doing just fine. Moreover, Trippie went on a tour date with Coi on February 2019 and began dating her from March 2019.

Trippie made his relationship with Coi public as he started sharing posts to his Instagram. Check out the video, where he's kissing his bae!

They didn't hide much about their relationship and always shared posts through Instagram. Also, they posted a video opening up about their love and Coi explained how she's not a hoe.

Snake Skin was previously in a famous relationship with his ex-girlfriend, Aylek$. She is a musical artist with performance in over five music videos. Trippie and Aylek$ had a decent relationship with both of them open about it in the media. 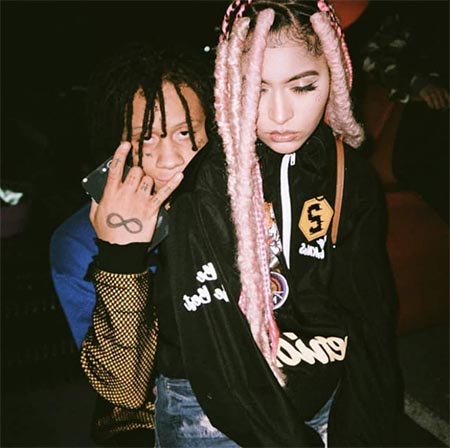 Trippie Redd having a cozy moment with his ex-girlfriend, Aylek$.

Things turned different between them and they parted ways without providing any details to the public. Both of them are trying to make it big in the industry, which is why their personal life might have taken different turns.

Talking about how their love life started, Trippie and Aylek$ first met through Instagram. Well, he gave a long interview talking about the first meeting and said,

"First time I seen her was on the gram [Instagram], and I put, I dm'ed [direct messaged] her picture to my dm [direct message], just to remember her. I was in New York, and I hit her up, and she came. But she was like, she was tough, she thought she was cool. As soon as she got in my position, [she said] 'you mine now,' and she was mine."

The duo enjoyed a strange relationship but was always romantically attached to each other. Trippie stated, she gets on his nerves all the time but also shares how she is the one who makes his happy more than anyone else.

Trippie Break Up with Aylek$

Their split up didn't go silent in the media as they caused tension with their post-break-up activities. Moreover, Trippie went live on Instagram alongside Cuban Doll. Well, have a look at the video which explains the whole situation!

The ex-couple officially parted ways after tagging themselves single right after the break-up. Regardless of what they did afterward, they are no longer together and separated on bad terms.

Trippie had beef with some celebrities in the past. Specifically, he claimed rapper 6ix9ine was a pedophile, for which 6ix9ine men beat him. Later Trippie made a live video which intensified the feud. Also, he and XXXTentacion were engaged in a minor feud. 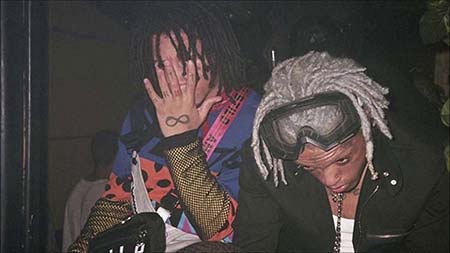 Trippie had an exchange of some harsh words with Bow Wow about who runs Ohio. Moreover, Bow claimed he owns his home state, for which Redd replied with an Instagram video saying,

"You don't run this motherf**ker over here. You're not from Ohio."

The beef continued as Bow replied calling Trippie a kid and he doesn't want to fight with a kid. Furthermore, Redd quickly gave a response throwing some offensive words.

His feud doesn't stop there as rapper Chief Keef and Tadoe had bad terms with Trippie. Moreover, he claimed Tadoe offended Cuban Doll for just talking to 6ix9ine. Later, 6ix9ine alleged Redd for having a sexual relationship with fellow rapper Danielle Bregoli, who was just 13 at the time. Furthermore, she denied the claim and agreed that they only kissed.

The young American singer has a significant number of followers on his Instagram with over 7 million people following him. Moreover, he doesn't miss out sharing his regular life fun and activities to his fans. Check out the post he shared where he sings about suicide, alongside his friend who plays the instrument!

Redd has quite a number of followers looking up to him and he always delivers them with some pictures and videos. Well, looking at his social media activities, he's concerned about singing and is more often posing with his girlfriend.

Trippie Redd owns a staggering net worth of around $6 million, for 20 years old. Moreover, his income comes from his career as a singer, making his mark in the industry.

Trippie began singing after getting help from Lil Wop and started visiting studios for the recording. He recorded three projects with Kodie Shane; projects as in Awakening My Inner Beast, Beast Mode, and Rock the World Trippie. Besides, his famous songs include A Love Letter to You, Dark Knight Dummo, TR666 which features Swae Lee. Also, Trippie is quite popular on Instagram, which adds on to his already successful music career.

Have a look at Trippie's recent music titled with the exclamation mark symbol! 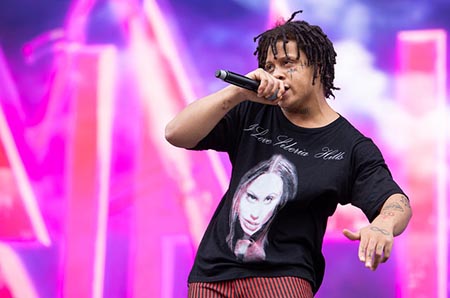