Home Article Ellen Rucker Carter Welcomed Twins With her Husband Bakari T. Sellers In January 2019; Know How Is Her Married Life Going On.

Ellen Rucker Carter Welcomed Twins With her Husband Bakari T. Sellers In January 2019; Know How Is Her Married Life Going On. 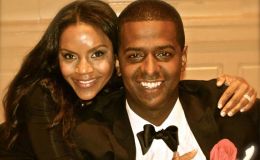 Single failed relationship was never a point to stop for the doctor of chiropractic medicine Ellen Rucker Carter. Being married in the past with a child, Carter suffered several issues in her life that made her take an opposite turn in life. Moving on separately definitely became a fine way for her as she met her soulmate soon after her divorce.

The mother-of-three, Ellen Rucker Carter married the second time with Bakari Sellers and she's enjoying her family life to the fullest. Without further ado, let's move on and take a trip in her marriage, kids and past affair this time!

Ellen Rucker Carter and her husband of four years are finally parents now!

Carter who was extremely excited about her pregnancy for the past few months is simply the happiest mother on earth. It seems being a mother for the second time is nothing but a proudful experience for her. 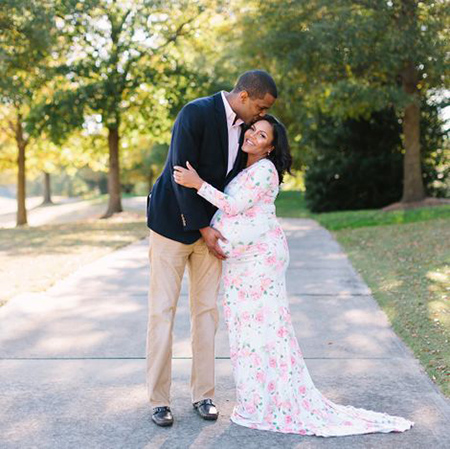 Happily flaunting her large baby bump for months and uploading those shots on the social media, the new mom didn't miss to share the image of her adorable little ones this time.

Discover: American Attorney-Politician Tim Kaine Is In A Longtime Married Relationship With Wife Tim Kaine; Their Family And Children

Yes! Carter and her husband Sellers are parents to their twins!

Enjoying every single day feeling heart beats within her, she gave birth to adorable Stokely and Sadie on 7th January 2019. One week after the big day she shared an image of her daughters. Have a look:

Carter and her husband previously had a lot of debate regarding naming their little ones. She shared in her personal website that her husband loved names Justice and Jet for their kids. Though her family has a trend to choose a specific name.

Thank you God! Mother’s Day 2019. My little family is complete and my heart is full. #1stDinnerDatewithTwins

"So I started looking for names that began with “S”. When I said “S” names, our son’s name was automatic for Bakari. He had it already picked out. I loved the name immediately because it is so deeply woven into his family’s legacy.  But, now we needed our daughter’s name. We flirted around with several “S” names. I really wanted a name that our little family loved and that had deep meaning as well."

After months of thinking about names, they agreed on Sadie Ellen and Stokely Taggart. Pretty amazing names, aren't they?

The happy month shared images of her 14-year-old daughter, husband and especially her newborn daughters. She celebrates every passing month since the birth of her kids and that's what a super excited mother does to express her jolliness.

Soon after divorcing her first husband, Carter fell in love with American attorney and political commentator Bakari Sellers. After years of dating, the pair married in the summer of 2015.

As obvious, Carter and Sellers have been married for almost four years now, still, they look like a newly married pair.

I say “I do” over and over again to you, @bakarisellers. I love you then, now, and forever! I look forward to spending a lifetime walking hand and hand with you! Year 3 down, a lifetime to go! Happy Anniversary! #itsouranniversary #8/29

She was previously married to Vince Carter, a professional basketball player for the Sacramento Kings. The pair met while studying at the University of North Carolina. The couple tied the knot in July 2004 after years of romance.

Also Read: Basketball player Blake Griffin is no longer in a relationship with Brynn Cameron: Has two children together, Secretly dating Kendall Jenner!!

Carter and her former husband are blessed with a daughter, Kai Michelle Carter. She's already stepped in modeling!

Though everything went on perfectly between the duo, they faced some kind of ups and downs in their marriage that made them separate in 2006. Their divorce was amicable for the sake of their daughter. 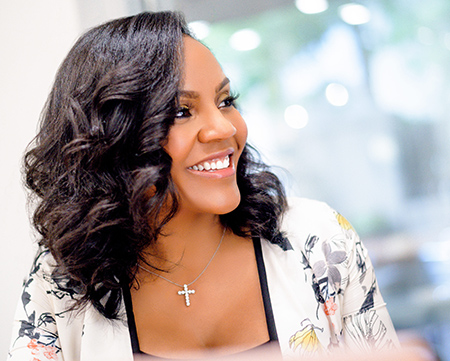