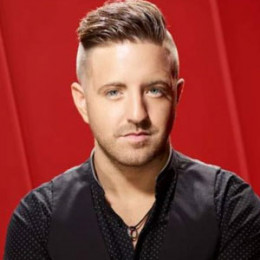 He began singing publicly when he was just 7 years old and went on to be discovered at 9. Since he was a child, Billy Gilman loved to sing, but he was discovered by Ray Benson when he was super young in 1997 — three years later he was signed to Epic Records Nashville.

From childhood, he was interested in singing and gave his first public performance at the age of seven. Later, Ray Benson of Asleep at the Wheel discovered Gilman and recorded demos.

In 2000, he signed to Epic Records Nashville. The same year, he released his debut album called One Voice which certified double platinum in the United States. Besides the title track One Voice, he has released Oklahoma and There’s a Hero.

The album listed top 20 hit on the Billboard Hot Country Songs chart. He was also nominated for a Grammy Awards for Best Male Country Vocal Performance for the debut song One Voice.

He has also released a Christmas album called Classic Christmas on 8th May 2000. The following year, he released his second album Dare to Dream, both certified gold. His final album from Epic was released on 15th April 2003 entitled Music Through Heartsongs: Songs Based on the Poems of Mattie J.T. Stepanek.

Moreover, he auditioned for seasons 11 of the US edition The Voice in 2016: sang Adele’s When We Were Young and impressed all the judges, Adam Levine, Miley Cyrus, Alicia Keys, and Blake Shelton.

The amazingly talented, Billy has got a bright career. He has an estimated net worth of $4 million which he earned from his career in singing.

Billy Gilman is openly gay. He is dating his boyfriend Christopher Meyer since May 2014. The pair has been supporting each other in every up and down. The same year, he openly claimed he is gay around November in a video he posted in public. The reason behind this was a reporter who was blackmailing him over his sexuality.

Billy released his video titled "My Story by Billy Gilman" on One Voice Productions YouTube page only hours after another country singer Ty Herndon had come out, later claiming Herndon's public acknowledgment inspired him to do the same. 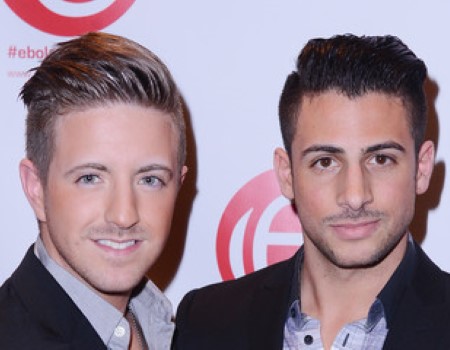 Chris also shared a photo that Billy had framed for him, writing on his page, “Got home from work and Billy surprised me with a blown up canvas of us in Maine this summer! How cute is he?!?! Looks gorgeous in our place. #boyfriend.”

Meanwhile, Billy was afraid of the fact that his identity may affect his singing career, but with the support of his partner, he addressed that he was gay.

The couple is still together and enjoying their love life after receiving public support and positive review towards their relationship.

On March 16, 2017, Gilman received honors in two separate ceremonies in the Rhode Island Senate and the House of Representatives for his successes and for representing Rhode Island as an artist.