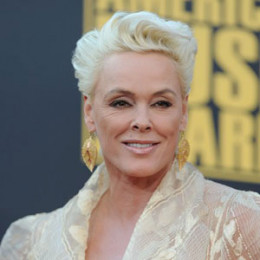 Brigitte Nielsen is a Danish actress, model, and singer who first started her career as a 6'1 model and worked with top fashion names like "Gianni Versace", "Gianfranco Ferre", and "Giorgio Armani". After modeling came movies and her debut in the entertainment industry happened in 1985 with films like "Red Sonja" and "Rocky IV". She is also known for being the ex-wife of famous actor Sylvester Stallone whom she was married to for 19 months.

Brigitte Nielsen was born Gitte Nielsen to parents Hanne Nielsen and Svend Nielson on July 15, 1963, in Rodovre, Denmark. Her mother was a librarian while her father was an engineer. She worked at a local bakery delivering bread when she was only 10. 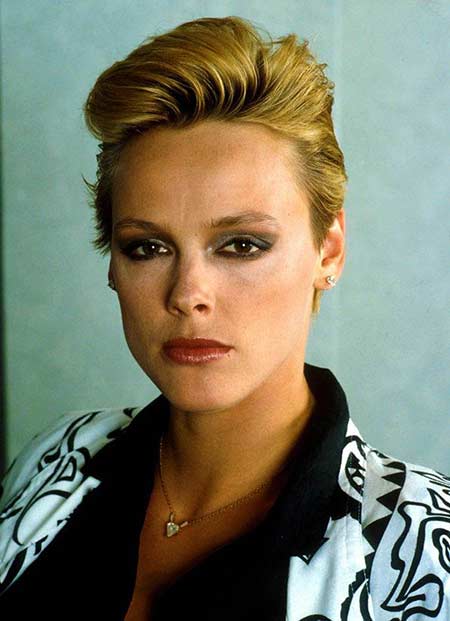 Nielsen dropped out of school when she was 16 to pursue a career in modeling and hence, went to Paris. As she moved a lot she was able to learn many languages like German, Italian, Danish and English.

Nielsen first started her career as a model in the early 1980s when she was 16. As she had an awesome height of 6'1 she opted for this career and did some modeling projects for Playboy magazine several times. She was photographed for a Marvel comic book character She-Hulk.

She was associated with Gianni Versace, Gianfranco Ferre, and Giorgio Armani while her time in countries Paris, Berlin, Milan, and New York. Her debut in the entertainment industry happened from a movie named Red Sonja and Rocky IV in 1985. In Red Sonja, she appeared with ex-boyfriend Arnold Schwarzenegger and in the movie Rocky IV, Nielsen acted alongside ex-husband Sylvester Stallone.

She then appeared in the movies like Domino, Fantaghiro Franchise, Galaxis, Paparazzi, Snowboard Academy and many more. In the early 2000s, she was cast in movies like Big Money Rustlas, Eldorado, Mercenaries and Ronal the Barbarian. She portrayed the role of Angel in the movie Mercenaries where she acted alongside Steve Guttenberg, Daryl Hannah, Michael Madsen, and Bill Moseley.

Her television debut happened in 1992 when she was cast in the role of Monica Steile for an episode of the series French-Canadian crime series, Counterstrike. Similarly, Nielsen is cast in the 2018 movie Creed ll where she will appear in the role of Ludmilla Drago. The movie is set to release on November 21, 2018. She shared the screen alongside Michael B. Jordan, Tessa Thompson, Phylicia Rashad, and  Sylvester Stallone.

As per the reports, Nielsen has an estimated net worth of $400,000 which is not an official figure. She earned her fortune from her career as an actress, singer, and songwriter. She received $6 million worth alimony from her marriage with Sylvester Stallone. Nielsen did plastic surgery which cost $73,494 or €66000 in 2008.

Nielsen is happily married to an Italian model Mattia Dessi. They married in 2006 in Malta and welcomed their daughter Frida Dessi on June 22, 2018. The couple is happily living together in Palm Springs, United States.

Before marrying Dessi, she was married four times. She first tied the knot to Kasper Winding in 1983 but soon divorced after a year in 1984. They have a son together name Julian Winding born on April 12, 1984.

After her divorce with Winding, she married popular actor Sylvester Stallone a year later on December 15, 1985, at Beverly Hills, California. They met on the set of movie Red Sonja and fell in love.

Stallone and Nielsen shared only 19 months of marriage and separated later in July 1987. In 1990 she again married Sebastian Copeland a renown director and photographer who was Orlando Bloom's cousin but filed for divorce in 1992. 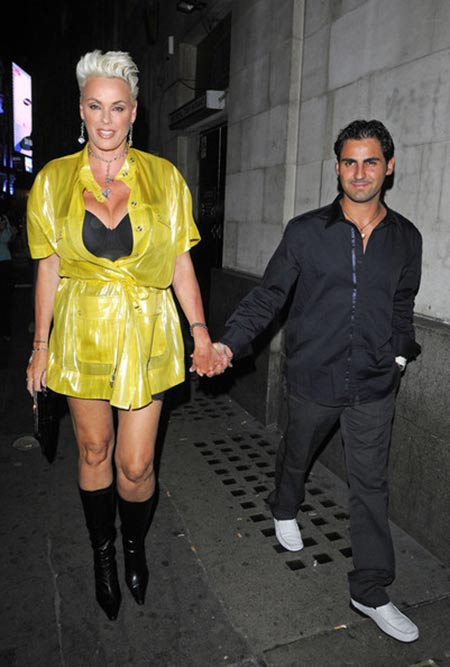 She gave birth to two sons with Raoul Meyer who was her fourth husband. Their sons Douglas Aaron was born on April 19, 1993, while their other son Raoul Jr was born on May 21, 1995. Nielsen gave birth to another son named Killian Marcus Gastineau on December 15, 1989, with ex-fiance Mark Gastineau whom she was in a relationship from 1988 to 1990. Mark was a footballer whom she met at a gym in Los Angeles.

She also had an affair with director Tony Scott in 1987 which she confirmed in the year 2003. Similarly, she was in a relationship with musician and rapper Flavor Flav until 2005. Besides, she also confirmed about dating actor Arnold Schwarzenegger and talked about spending a night together with actor and filmmaker Sean Penn in the 1990s.

Nielsen has undergone six surgeries which she did for a German reality show named Aus alt mach neu. She did an eyelift, facelift, breast life and a liposuction.

Nielsen had been admitted in the Cri-Help rehabilitation center in North Hollywood on July 9, 2007, because of her alcoholism issues.

She wanted to check herself in to cure herself and received treatments. While in rehab she learned to quit smoking and started to live a sober life. Her story was shown to the world by the VH1's reality TV series, Rehab. She nearly faced death when her canceled flight crashed in 2001 in Milan's Linate airport.

Nielsen in 2005 participated in a reality show named Celebrity Big Brother. She has around 142k followers on her Instagram account as of July 2018.

She firstly married Kasper Winding in 1983 but soon divorced after a year in 1984. They have a son together name Julian Winding who was delivered on April 12, 1984.

Brigitte Nielsen married Sebastian Copeland a renown director and photographer who was Orlando Bloom's cousin in 1990 but filed for divorce in 1992.

Raoul Meyer is Nielsen's fourth husband and they gave birth to two sons together named Douglas and Raoul Jr.,

Nielsen is happily married to Italian model Mattia Dessi. They married in 2006 in Malta and are happily living together in Palm Springs, United States.

Kasper Winding and Brigitte Nielsen have a son together name Julian Winding who was delivered on April 12, 1984.

Raoul Meyer and Brigitte Nielsen gave to a child named Raoul Jr on May 21, 1995. They formerly gave birth to Douglas Aaron.