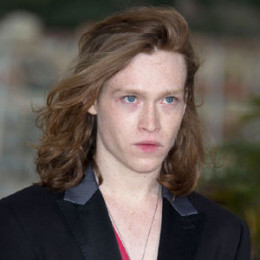 Caleb Laundry Jones is an American actor and musician, well known for portraying Banshee in X-Men: First Class and Jeremy Armitage in Getting Out.

Caleb Laundry was born on 7 December 1989, in Garland, Texas, U.S. to Patrick and Cindy Jones. His parents moved to the nearby city of Richardson and it is where he grew up.

He also met Robert Hudson and formed the experimental folk rock band, Robert Jones. After achieving success as an actor, appearing as a recurring character Jimmy Adler in Friday Night Lights, he starred as Caleb Sweetzer in Daniel Stamm's The Last Exorcism.

Later, Caleb moved to Los Angelos to further grow in his career.

Landry featured in Antiviral, Brandon Cronenberg's directional debut starring opposite Malcolm McDowell, and Sarah Gadon. Caleb was also in Neil Jordan's Byzantium opposite Gemma Arterton, Saoirse Ronan, and Sam Riley, in which he portrayed a young man dying of leukemia and struggling with his mortality.

Moreover, Caleb featured in the Young Hollywood issues of both Teen Vogue and VMAN.

His recent acting venture includes American Made, Get Out, Welcome the Stranger, The Florida Project and so on.

The 27-year-old Jones with his charismatic personality and looks has won the hearts of many fans, especially females. But right now he is fully focused on making his career rather than being in a relationship or making a girlfriend. Currently, Caleb is single but in a relationship with his career.