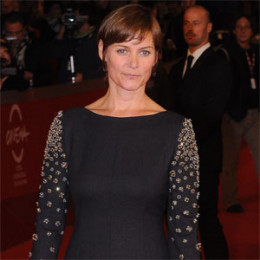 American actress, Carey Lowell made acting debut from the movie, Dangerously Close in 1986. Before pursuing a career in acting, she started her career as a model. Lowell has married thrice and is a mother of two children.

Carey Lowell was born on 11th February 1961 in Huntington, New York. Lowell is American as per nationality and as far as her ethnicity is concerned; she is White. Her father James David Lowell was a geologist; as a result, she spent her childhood in different countries like the Netherlands, Libya Francs, and the US.

Lowell attended the University of Colorado but later shifted and graduated from New York University. She then joined Manhattan’s Neighborhood Playhouse School of the Theater.

She made her Hollywood debut in 1986 from the movie, Dangerously Close as a lead alongside John Stockwell, J.Eddie Peck, Don Michael Paul, Dedee Pfeiffer, Thom Mathews and Carmen Argenziano among others.

Lowell then appeared several movies and series like Club Paradise, Down Twisted, Me and Him, Leaving Las Vegas, Road to Ruin, Big Apple, Empire Falls, and Six Degrees among others.

Among all those movies and TV series, she is better known for her role in Licence to Kill as a sixteenth ''James Bond girl’’ and Law & Order.

Cary Lowell married thrice in her lifetime. Lowell’s first husband, John Stember, a fashion photographer with whom she married in 1984. Four years later due to some issues, the couple divorced.

In 1989, a year after her divorce, Lowell married for the second time with Griffin Dunne. He is American actor and the film director plus producer. Some months after being together, the pair welcomed their first baby girl and named her Hannah Dunne.

The couple was very supportive of each other even in their career as well. Lowell worked in various movies and series directed and produced by Dunne including Me and Him and The Duke of Groove. However, their marital relationship could only last until 1995.

She then started dating Richard Gere (former husband of Cindy Crawford), a big-time actor and a humanitarian activist. On 9th November 2002, the pair tied the knot in a cozy ceremony in the presence of limited guests including their families, close friends, and relatives. The share a child together, Homer James Jigme Gere.

Their marriage was counted as one of the most successful marriages in the Hollywood. But after living together for more than a decade, the couple filed for a divorce secretly in 2013. In 2016, they separated due to their different lifestyles.

After three failed marriages, Lowell seems to be taking a break from relationships and is possibly single at present.

Carey Lowell, 56, stands at the height of 5 feet 10 inches (1.78m). Lowell, who began her career as a model currently, has an impressive estimated net worth not less than $1 million. However, the exact amount is not yet confirmed.

Lowell as a Calvin Klein model made an average salary of $51k. In 2017, Lowell and her ex-husband finalized the divorced and as a settlement, she recieved $120 million. Her husband even sold their Hamptons house for $33 million to Matt Lauer.

On 1st May 1984, Carey Lowell married her first husband, John Stember, a fashion photographer. On 27th September 1988, the couple divorced for some unknown reasons.

Carey Lowell divorced her second husband, Griffin Dunne, American actor and director on 10 December 1995 after getting married on 9th December 1989. The former pair have a child together.

After dating for several months, Carey Lowell and Richard Gere tied the knot on 9 November 2002 in a cozy ceremony. But after being together for more than 12 years, the pair separated on 18 October 2016 due to their different lifestyles.

Hannah Dunne is the first child born to Carey Lowell and Griffin Dunne on 12th April 1990. She is currently 24 years old and is an actress by profession.

On 6th February 2000, Carey Lowell and Richard Gere welcomed their first child after years of dating and named him as, Homer James Jigme Gere. The couple is still fighting for the custody of their child.