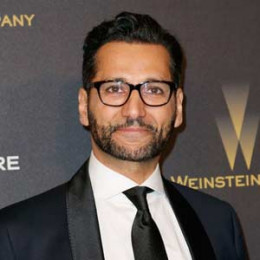 Cas Anvar is a popular Canadian actor and writer. He made his acting debut in 2000 with Canadian English drama film, Seducing Maarya. He is best known for his role as Alex Kamal in The Expanse, Sanjay Desai in The Strain, Dodi Fayed in Diana. Currently resides in Los Angeles, California, Cas Anvar is quite ambitious and hardworking. His current relationship status is possibly single.

Cas Anvar was born in Regina, Saskatchewan, Canada to Iranian parents. He was raised in Montreal, Quebec. He holds Canadian ethnicity and has Persian, Indian, Lebanese and Latino heritage.

He can fluently speak English, French, Persian, and some limited Arabic, Urdu, and Spanish.

Cas Anvar started his professional acting career in 2000 with Seducing Maarya as Zakir. He got his major break in 2003 in the Cruise/Wagner film, Shattered Glass. He shared the screen with A-list actors like Hayden Christiansen, Peter Sarsgaard, and Chloe Sevigny. The movie earned four Spirit and a Golden Globe nomination.

Anvar made his TV debut with Canadian TV series, The Tournament in 2005. He played the main role of Dr. Singh. Then he appeared in numbers of TV series including, Lost, Neverland, Xeno-Date, Olympus, The Expanse, The Strain. 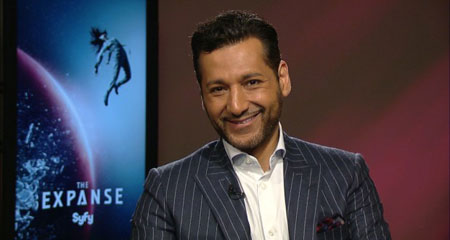 Cas Anvar during the promotional event of The Expanse, Source: Side Walks

IN 2012, he starred in American historical drama film, Argo as Revolutionary Guard. He won the SAG award for Best Ensemble Cast for his role and two ACTRA awards and two Gemini nomination.

Cas Anvar is one of the prominent Canadian actors. He made his acting debut in 2000 and till the date, he has performed in over 70 major roles in both film and television. Considering his career growth he might have an estimated net worth of millions.

Anvar earned $150k-$300k per episode for his appearances in movies and TV series. He also served as voice actors and usually the salary of the voice-over artist is more than 50k, he also might earn the same amount.

Anvar was associated with many box-offices hit movies and some of them are enlisted below,

Cas Anvar has quite secretive about his private life. He is one of those celebrities who prefer to keep their private life away from the limelight. He never opens up about his relationship status with media. Believing some online sources, he is possibly single at the present.

Anvar is the founding artistic director of Repercussion Theatre which is the Montreal-based Shakespeare-in-the-Park touring company. He is a huge fan of paintball and often spends his spare time by competing with his team, The Suave Bastards.

Cas Anvar on the Interstellar War in The Expanse, check out the video below,