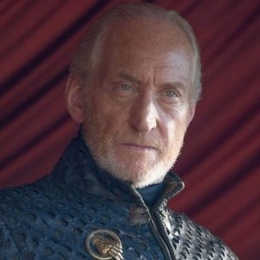 Getting divorced after spending the thirty years of your life with your partner is scary as heck. And, that's the story of actor Charles Dance. But, how did Charles and his wife fall out of love after all those years?

Actor Charles Dance was never really public about his personal life. But, here's what we know. Now, better known as Tywin Lannister on Game of Thrones, Dance was married to his first wife, Joanna Haythorn whom he met at the age of only nineteen in 1965. Let's just say, it was sort of a love at first sight. 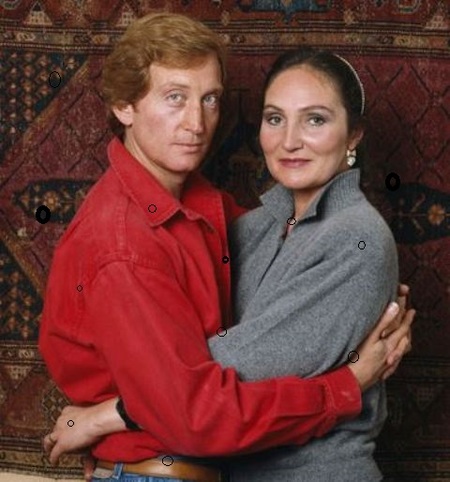 Charles Dance met his first wife, Joanna Haythorn when he was only nineteen. SOURCE: About Actor Charles Dance

Five years later, Dance and Haythorn tie the knot and the couple lived together for more than thirty years. And, before Charles met Joanna, he told the press that some of his friends tried to find a foreign wife for him on several occasions, but their attempts weren’t successful.

Charles Dance lost his bachelor status at the dawn of his acting career. He married his beloved Joanna Haythorn in 1970. They share two children: son Oliver Dance and daughter Rebecca Dance, whom Charles considers the greatest love of his life. But, as it often happens in acting families, they could not maintain the relationship forever. 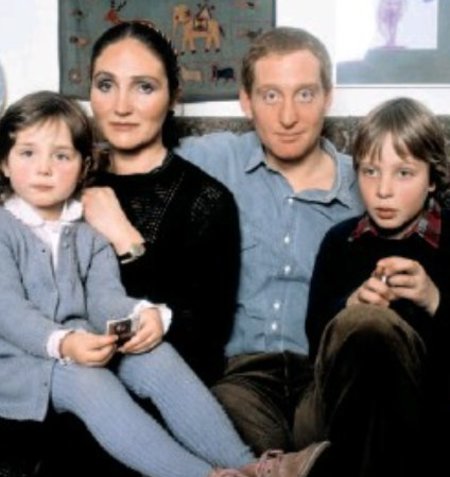 Charles Dance along with his wife, Joanna Haythorn and their children. SOURCE: About Actor Charles Dance

Their divorce news only surfaced in April 2004, though. The rumors of separation had been swirling around already when the public noticed Charles's appearance in events without his wife. Villagers and neighbors of the actor also realized that when the couple sold their home in Crickleaze and went on to live separately. Not to mention, it's also gossiped that Charles cheated on Joanna with other women multiple times.

What Caused Charles & Joanna To Split?

On the other hand, close friends and relatives claim that things between Charles and his former wife already went south a couple of years ago. And, it was pretty much evident on the episode of This is Your Life when both Charles and the mother of his children made their appearance in 2001 and Joanna looked sort of uncomfortable. 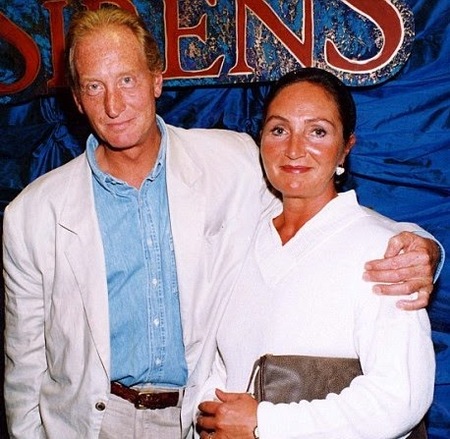 Charles Dance and Joanna were married for more than 30 years. SOURCE: About Actor Charles Dance

Besides, Charles himself admitted that his divorce has been the biggest disappointment of his life. The actor has expressed in interviews that he and his wife are the exact opposite. While Charles is a pessimist person, Joanna is optimistic. And, there's a probability that this side of their trait took a toll over their marriage.

Not to mention, the actor also claimed he changed over the years. Speaking of which, when the Worcestershire-born and Joanna began dating, Charles was a newbie in the acting industry and certainly not famous and rich as he is today.

But, Charles and Joanna share no bad blood and still greatly keep in touch. As a matter of fact, they are still best friends whilst they co-parent their children together.

Not long after his married life ended, Charles was then photographed with former actress and businesswoman Hilary Dwyer who was previously married and separated from her former husband, Duncan Heath, a British Hollywood agent. 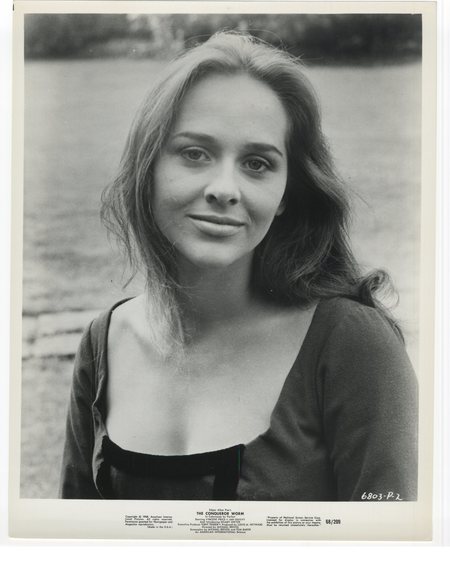 Charles Dance was rumored to have an affair with Hilary Dwyer. SOURCE: IMDb

Charles and Hilary were, in fact, spotted together celebrating in Barbados. But, it seemed as Charles was only trying out to fall in love again, but failed. But, the actor wasn't giving up yet. 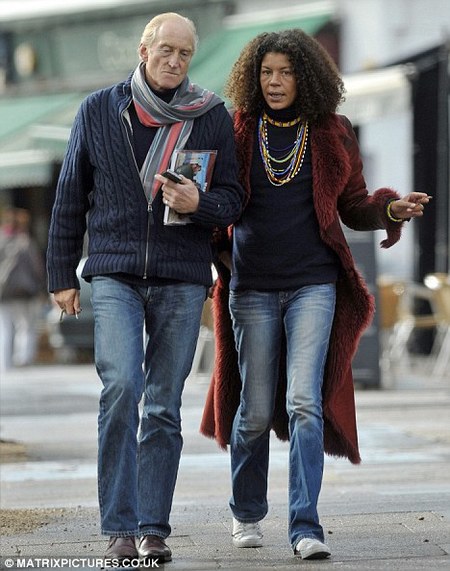 The alum of Plymouth College of Art then was romantically linked with Shambhala Marthe, a model who isn't much active in the industry today. But, this affair couldn't last either. Charles and Shambhala united years later in 2012 in London at the Kalendar restaurant where they shared lunch and spent long hours together. Needless to say, it seems like the two are still friends. 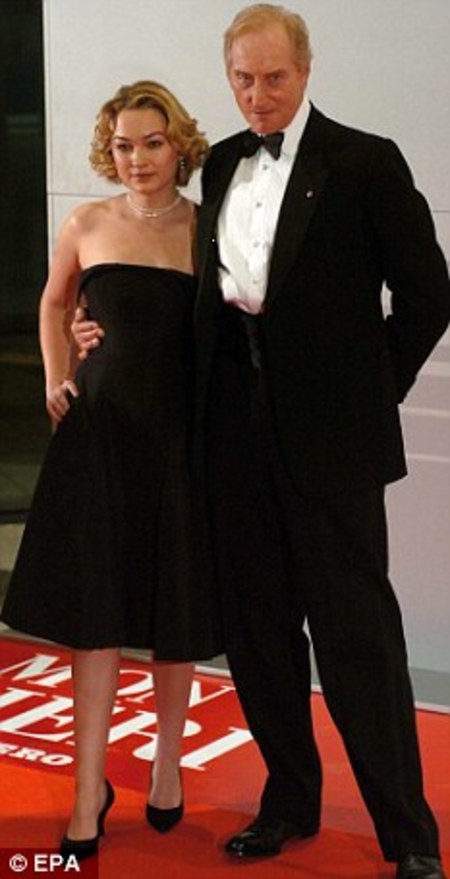 Then Charles was romantically involved with much younger women including actress Sophia Myles whom he dated for two years. Sophia was only 23 when she dated Charles who was 57 back then. But two years later in 2005, Charles dumped her and this connection also became another short-term affair.

In August 2008, Charles Dance started dating former model turned painter and sculptor, Eleanor Boorman who is twenty-six years younger than him. Boorman was actually 36 when she started seeing off the actor. This relationship was, however, serious for Charles as he even proposed Eleanor. In 2010, Dance became engaged to the sculptor and two years later, their daughter Rose was born.

Not to let it go, Charles was also not present at the time of the birth as he was filming. His former fiancee, however, claimed he immediately came to visit her & his new-born at the hospital after he left his filming set. 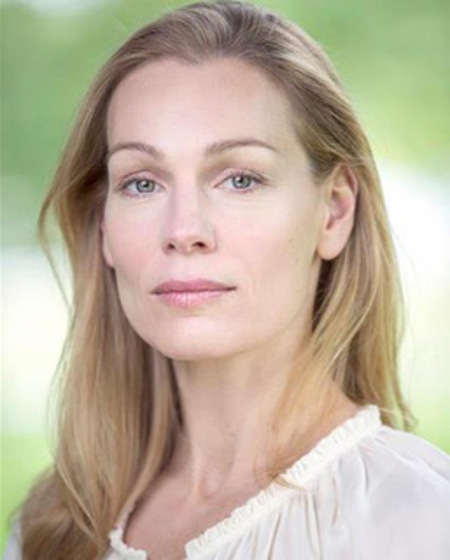 Eleanor Boorman broke off her engagement with Charles Dance in 2012. SOURCE: Eboorman

But, filming and work had kept Charles so busy that he jetted off to South Africa a week later when he was actually supposed to be at home taking care of his infant daughter and postpartum partner. And, just like that, this relationship became another history.

Dance has since kept himself and love life out of the limelight and the public.

Then, the future actor was born in the city of Redditch (Worcestershire county, England), in the most ordinary family. Charles's father, Walter Dance, worked as a civil engineer, whilst his mother, Eleanor Perks, worked as a cook. The head of the family died very early, at that time the actor, Charles Dance was barely four years old.

In the biography of the actor, there is a very interesting fact to know for his fans. At the age of 12, he suddenly began to stutter and was diagnosed with a speech disorder. But after six years, the disease also suddenly yet miraculously disappeared. Probably, the cause of the disease was a psychological shock that affected his speech. 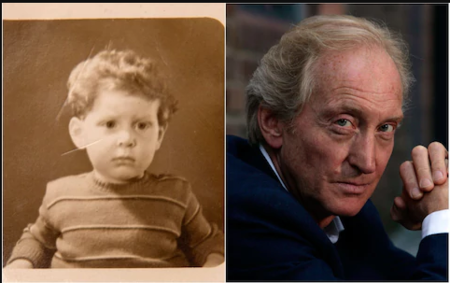 Charles Dance then and now. SOURCE: The Telegraph

Charles Dance studied at a private technical school for some time and then continued his studies at the Plymouth School of Art. And, after receiving his secondary education, Dance decided to master graphic design.

For the cause, Dance then entered the Leicester College of Art, but, unexpectedly for himself, he was seriously carried away by his desire to act. By the time, he realized what he wanted to do, he was a the age of 22. Charles gradually lost interest in design and decided to direct all his efforts to learn acting. For a year and a half, he attended private classes of great teachers, such as Martin Burkhart and Leonard Bennett.

Career & Net Worth of Charles Dance; Began Acting At 22

Charles Dance is not just a famous British actor, but also a director, screenwriter, and producer. And, not only he became famous for his roles in the TV series “Game of Thrones,” but also for "Velvet Fingers," and the films "Rebecca" and "The Phantom of the Opera."

Thanks to good mentors, the Witcher 3 cast uncovered significant acting potential and decided to continue and follow this path. Charle's career began not in the best way, though. He barely made ends meet, and for some time, he also worked as a dresser and auxiliary worker in a little-known London theater. 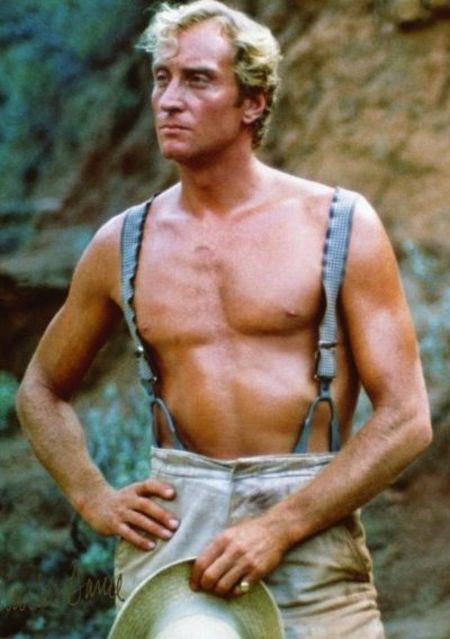 Only in 1970, he made his first appearance on stage as a professional actor. Thanks to his extraordinary abilities, Dance quickly became famous in theatrical circles of London.

The theater was a good start for Charles, but then the actor preferred to focus on cinema more. First, he appeared in television shows and series, for example, “Ruffles,” “Father Brown,” “Professionals,” etc.

The first successful film was the action movie "For Your Eyes Only," which tells the story of James Bond performed by Roger Moore. This was followed by participation in the exciting historical drama “Jewel in the Crown” - a film that brought the actor the first breeze of his fame.

In 1988, Dance told reporters that he prefers to not have a certain type to play and aims to change the prevailing opinion regarding English gentlemen of the first half of the twentieth century, even though critics unanimously reiterated: Charles Dance is the embodiment of the image of the ideal British man.

No less successful, albeit diametrically opposed, was the movie "Alien 3," where Charles Dance played a prison doctor named Clemens, who nurses the heroine of Sigourney Weaver after the crash of a spaceship. Besides, Charles Dance also directed the musical melodrama "Ladies in Lavender (2004)."

For this work, he wrote the script himself, and for the main roles, he selected the beautiful actresses of British origin - Maggie Smith and Judy Dench. The drama told a story about two elderly aristocrats, by the chance of meeting a young man, a victim of a shipwreck that arouses long-forgotten feelings in them. 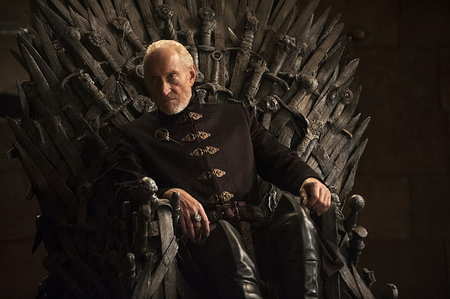 Charles Dance as Tywin Lannister on the set of Game of Thrones. SOURCE: Wallpaper Flare

A turning point in the career of the actor was the participation in the filming of the series “Game of Thrones.” Charles Dance did not have to go through casting for the role of Tywin Lannister, - the film crew longed to get him, as the adamant "gray cardinal," ruling with an iron hand. They, however, as well as the audience, were lucky - he was able to free up his schedule for the show.

George Martin himself noted his "imperative appearance and stoic charisma." When Tywin Lannister appeared in the frame, the audience could be sure - now they will witness a subtle psychological game. His character took the stand even in communication with his children performed by Nikolaj Coster-Waldau, Lina Headey, and Peter Dinklage.

Not to mention, in 2019, Dance also impressed the public once again with his role as Lord Mountbatten in Netflix's critically acclaimed series, The Crown's seasons 3 and 4. His performance was indeed well received by the public.

Charles Dance obviously added a lot of money to his wealth. Estimated to hold a net worth of no less than $1 million, Dance drives expensive cars like Ford Mustang.

Joanna Haythorn is better known as the former and first wife of British actor, Charles Dance. The couple married in 1975.

Oliver Dance is one of the children of British actor Charles Dance, from Game of Thrones, and his former wife, Joanna Haythorn.

Rebecca Dance is the first daughter and the second child of actor Charles Dance whom he shares with former wife Joanna Haythorn.