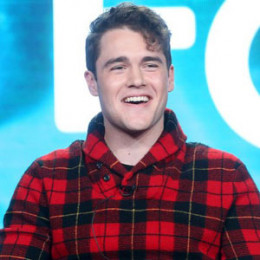 Charlie DePew is a successful American actor from Pasadena, California. He made his break through after portraying the character Philip Stacy in both The Amazing Spider-Man 2 and The Amazing Spider-Man. Moreover, Charlie played a small role of Wes in Pass the Light in the year 2015. He began his professional career with his uncredited character in Shake It Up! in 2010.

Born to mother, Alison as Charles Bradfield DePew in Pasadena, California, United States of American, on May 22, he grew up with his two brothers named Jack DePew and Will DePew.

His older brother Jack is also an American actor. He is well known for his work on the ABC Family series The Fosters as the recurring character of Jasper Landry. Charlie belongs to American nationality and belongs to white ethnicity. He graduated from La Canada High School.

Charlie Depew found his interest in acting after playing Charlie Brown in the 6th-grade school play. He then appeared in The Amazing Spider-man as Emma Stone’s younger brother alongside Andrew Garfield, Denis Leary, and Campbell Scott so far.

DePew appeared as recurring characters on The Goldbergs (2015) and Awkward (2014).

Even though 21 years old Charlie DePew is a Hollywood celebrities, he doesn’t have any public record of dating, married or girlfriend.

Despite Charlie's romance with Bella Thorne on the screen, he has never made his love affairs public in real life. He is interested in acting, writing, film making, computer programming, water polo, and snowboarding as well.

DePew has featured in numerous successful Hollywood movies. He has earned a good amount of net worth from his acting career.

The Amazing Spiderman-2's producing cost was $230 million, and it grossed a huge box office collection of $757.9 million. So, Charlie must have earned a decent sum from his appearance as Philip Stacy. His estimated net worth is $1 million,