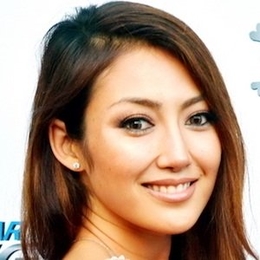 When Chasty Ballesteros appeared in American Horror Story with a minor role, she got to romance with Lady Gaga. But, who is she romantically linked with in real life?

Who is Chasty Ballesteros?

Chasty Ballesteros is among one of those Filipina origins of actors in Hollywood who is definitely here to mark their legacy. The Canadian actress, whose mother originally hails from the Philippines, is an actress known for her contribution to several films and tv series in Hollywood such as The Big Bang Theory.

Over a decade running bright career of the actress, Ballesteros appeared in more than a dozen filmographies whilst she luckily had her dear and near ones by her side throughout the journey, including her family and longterm boyfriend.

Chasty Ballesteros's love life seems to be equally fabulous as her career in Hollywood. The actress is, in fact, in a committed relationship with her boyfriend of over seven years, Curtis Keene, who she also likes to call 'Curtees The American Dream'. Matter of fact, the love birds have been together since way before 2012.

Keen, however, isn't an actor or someone who belongs to the same industry as Chasty. He is a professional cyclist and expert in the respective field who often takes part in cyclist events and competition. 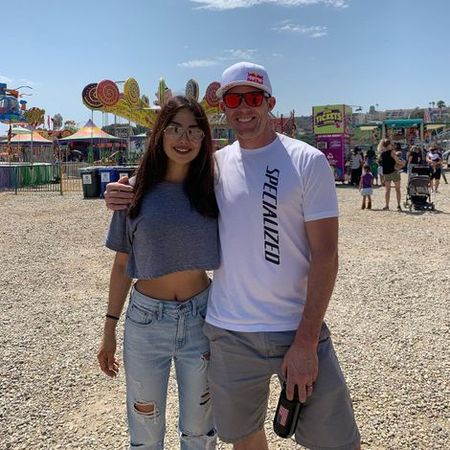 Although Chasty doesn't like to reveal much of her relationship and history to the public, the beautiful actress is fond of sharing lovely couple pictures of herself and boyfriend, Curtis.

Even after all these years, the duo is still going strong. But, in the meantime, marriage only seems to be a concern of their distant future. Nevertheless, Chasty and Curtis are happy and proud parents of two dogs.

How Much Is Chasty Ballesteros Worth?

To establish herself as a successful actress in Hollywood, Chasty moved to the United States in 2009 from Canada and it wasn't long after that she landed on a role in her debut tv film, Encounter With Danger. 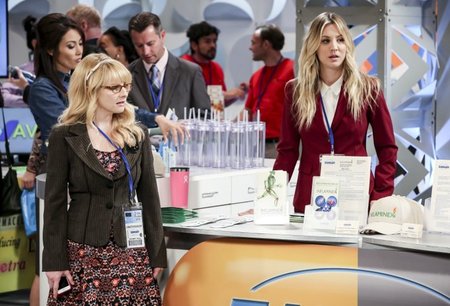 Taking baby steps in the acting field, Ballesteros then went on to appear in other films such as The Mummy which made over $410 million and had Tom Cruise in the lead role, The Internship which grossed $93 million, Neighbors which made $270 million, Think Like A Man that amassed $70 million, FaXtur and Vigilante Diaries among others.

Ballesteros also successfully made her name in Hollywood by appearing in notable tv series such as The Big Bang Theory where she co-starred Kaley Cuoco, Jim Parsons, and Melissa Rauch, The Ranch, American Horror Story, and How I Met Your Mother.

Chasty Ballesteros reportedly bags a net worth of $100,000.