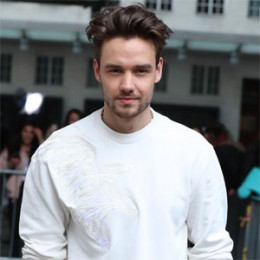 Liam Payne, an English singer, and songwriter who is known for being a band member of the boy band One Direction from which he earned much of the fame and popularity. He debuted as a singer from the British TV show, The X Factor from where his actual journey started.

Liam Payne was born on 29th August 1993 in Wolverhampton as Liam James Payne with the birth sign Virgo. He is the son of a nursery nurse, Karen and a fitter, Geoff Payne. Payne grew up along with two sisters, Nicola and Ruth. He was born three weeks early due to which he would often get sick. Until age four he used to have several tests done in the hospital, and it was found that one of his kidneys was scarred and dysfunctional. To relieve the pain, Payne would get injected 32 times in the morning and evening.

Talking about Payne’s ethnicity, he is British and belongs to White ethnicity. He was fond of sports especially cross country running and even joined the Wolverhampton and Bilston Athletics Club. He tried out for the English National Team for 2012 Olympic Games but failed and was listed on the reserve list.

With constant bullying by older kids while in secondary school Payne took up boxing lessons at age 12. He completed 11 GCSEs at St Pater’s Collegiate School and later on shifted to Wolver Hampton College’s Paget Road campus and studied music technology. Right from his early age, he was interested in music so became the part of the Pink Productions Theatre Company.

At the age of 14 in 2008, he gave an audition for The X Factor, a British reality television music competition where he reached the judge's house stage but unfortunately was sent home after that. He did not give up and auditioned for the second time in 2010, and this time he was suggested by a guest judge, Nicole Scherzinger, he along with Zayn Malik, Niall Horan, Harry Styles, and Louis Tomlinson to form a boy band.

Later on, the band was formed under the mentor of Simon Cowell in 2010 and named One Direction. Then the band was signed by Cowell’s Syco Entertainment. The boys released their first ever album titled, Up All Night in 2011, followed by many other, all of them were appreciated by the audiences and critics as well.

Apart from the group or band, he also did many of the work individually. He worked as a producer in 2014 under the monikers Payno or Big Payno. After that, he began the future projects collaborating with DJ Mustard, Miguel, Juicy J and many others.

Moreover, he appeared on the cover of Attitude magazine, but this time he featured solo. Since 2016, his actual solo career began after signing with Capitol Records. Moving on, in May 2017, he released his first single called Strip That Down featuring Quavo and co-written by Steve Mac and Ed Sheeran which reached to US contemporary hit radio in the same month.

In September 2017, he announced via Twitter that he is going to release his second single named Bedroom Floor which recently released in October. He also performed the song on Saturday night of The X Factor. In the same month, he also released his first solo album named, Flicker teaming up with his BFF Charlie Puth.

Payne, one of the band member of One Direction is currently dating his girlfriend, Cheryl since 2016. She is an English singer and dancer who is also one of the judges of The X Factor since 2008 replacing Sharon Osborne. Moreover, the pair is together since early 2016 and lived together after certain months of their dating.

The relationship is healthy despite the fact that Payne is ten years younger than his girlfriend. The pair welcomed their first baby boy on 22nd March 2017 and named him Bear Payne. They seem excited after the birth of their son and posted many pictures on their social media with their young ones. Even after the birth of their child, they are still unmarried with no such plans to do so anytime sooner.

Besides Payne’s present relationship, he was linked with many ladies in the past. The first name in girlfriend's list is Danielle Peazer, an English professional dancer and a model who is also a fellow The X Factor contestant. The pair dated in 2010 and broke up in 2012 but again patched up and broke up in 2013.

He then started dating Sophia Smith from 2013 who is his old schoolmate. After two years they mutually broke up. They are still good friends though, and she even congratulated him for having a baby.

Keeping aside his relationship, he is a supporter of UNICEF and CLIC Sargent and others.

The former 1D member has an amazing earning of $54 million which is only $2 million lesser than his fellow singer, Harry Styles whereas other members of the band have less than him like- Niall Horan and Zayn Malik have $51 million and Louis Tomlinson $50 million.

Furthermore, 1D was ranked one of the highest earning groups in the world drawing more than $100 million annually. Among that Payne received between $150k to $300k per concert.

Payne along with his family is living in a mansion in Surrey England, which he bought for $5.5 million in 2015. The estate is three-storeyed and has a swimming pool, tennis court, cinema theater and ballet studio as well. Apart from this, he owns a Lamborgini Aventador, luxurious car that worth $400k.

Liam Payne and Cheryl dating after several years, the couple welcomed their first child on 22nd March 2017 and named him as Bear Payne. He is now 7 months old.