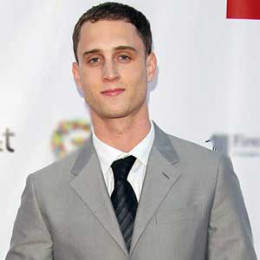 Born in Los, Angeles, California, United Stated of America, Chet is the son of the popular actor Tom Hanks and Rita Wilson. His original name is Chester Marlon Hanks and is known as Chet Haze in the music industry. Chet is a multi-talented person and is known as an actor, songwriter, rapper. He is recognized for his role in his movie Project X released in the year 2012.

Chet is the third son of Tom Hanks and first of Tom with Rita Wilson. He was born on 4 August 1990. He has one older brother, Truman Theodore Hanks born on December 26, 1995. Elizabeth Hanks is his half sister and Colin Hanks his half brother. Chet's birth name is Chester Marlon Hanks.

Chet studied theater and got a degree in 2012 from Northwestern University in Evanston, Illinois.

Chet from very young age has experienced fame. Chet started his career by working on small projects with Jim Hanks who encouraged him to work in the film industry. Chet is regarded as the best performing actor of the time. It's Chet determination, ability, and diligent work which pushed him to gain the achievement to stand on his own without his parent's support. His role in Fantastic Four also helped him to further his career.

Chet is talented, and handsome young man and has dated beautiful ladies. But there is no news about his current affairs. Chet is very reserved kind of person.

Chet via Instagram announced that he is a father to his daughter whose name is not disclosed yet. The daughter was born after his one night stand with Tiffany Miles. There is no detail information about Tiffany, but according to the sources, the full responsibility of their daughter is taken by her. Also, the grandparents Tom and Rita are very happy to welcome their third grandchild and helping the mother in any way possible.

Chet was reported to be in relation with Bella Cheveux and was also linked with “Love & Hip Hollywood” star Hazel E.

Chet has an estimated net worth of $3 million which he has earned from his acting and music industry.