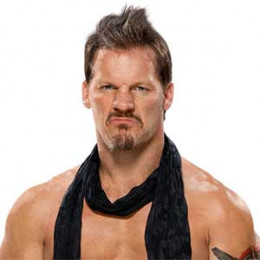 Christopher Keith Irvine, better known by his ring name Chris Jericho, is a Canadian-American wrestler, actor, and musician. He received different names in the field of Wrestling and is most famous as Lionheart and The King of the World. He also has won World Heavyweight Championship thrice. Besides wrestling Jericho has also played in the movies “Android Apocalypse,” “Albino Farm,” “MacGruber” along with Will Forte, Tammin Sursok, Scott Bairstow. Moreover, he is a lead singer of the Heavy Metal band Fozzy.

Born on 9th November 1970, Manhasset, New York, Chris Jericho spent his childhood in the city of Winnipeg, Manitoba. His father Ted Irvine was an ice hockey player and used to play for New York Ranger.

His interest was in wrestling profession and loved to watch different local AWA events, high-flying wrestling moves. When Chris saw the footage of Owen Hart, his interest turned into his passion and later pursued a career in the same field.

He also learned some stunts from wrestlers Catfish Charlie and Caveman Borda when he acted as part of the ring crew for Keystone Wrestling Alliance promotion. Moreover, he completed his degree in creative communication at Red River Community College in Winnipeg.

Chris Jericho started his career as a wrestler at the age of 19. He debuted at the Moose Hall in Ponoka, Alberta, where he wrestled under the name Cowboy Chris Jericho on 2nd October 1990. He also teamed with Stone Cold and toured in different countries including Canada and Japan.

He fought different challenging wrestler including John Cena, CM Punk, Randy Orton, Big Show, Shawn Michels and much more. He was one of the toughest competitors in WWE.  He has also hosted the Live! With Chris Jericho show which aired on WWE Network.

Apart from wrestling career, Jericho is a singer, of the band named Fozzy and the band's debut self-titled album was released in 2000. Besides his first album, he has made one live album named Remains Alive.

In the year 2006, Jericho made acting debut in the movie Android Apocalypse.  He also featured in the documentary movie Bloodstained Memory which released in 2009.

Moreover, he has been a playable character in the video game in WWE WrestleMania 2000, WWE SmackDown! Vs. Raw 2006, WWE SuperCard and some other games.

Chris Jericho got married to Jessica Lockhart in the year 2000. The couple is blessed with three children: Ash Edward Irvin was born in 2003 and identical twin daughter, Sierra Loretta Irvine and Cheyenne Lee Irvin in 2006.

This wrestler has got five tattoos, three on the left hand. The fourth one, on his ring finger, in the name of his wife, Jessica. And the last one is letter F, the first letter of his band.

Before being married, Jericho involved in an on-screen romantic relationship with Trish Stratus during the November 10 episode of Raw. However, their romance ended at Wrestlemania XX when Trish betrayed Jericho during a match against Christain.

Jericho has successfully collected an estimated net worth of $18 million from his career in acting, singing, and wrestling. Chris is living a lavish lifestyle with his family in the city of Odessa Florida, US.

Chris Jericho got married to Jessica Lockhart in the mid-2000. The couple is blessed with three children: a son, Ash Edward Irvin and twin daughter, Sierra Loretta Irvin and Cheyenne Lee Irvin. Jericho believes his wife is the reason behind his successful life and has got a tattoo in the name of his wife, on his ring finger.

Chris Jericho and Jessica Lockhart was blessed with a son Ash Edward Irvine in the year 2003.

Chris Jericho and Jessica Lockhart was blessed with identical twin daughter: Sierra Loretta Irvine is one of the twins.

Cheyenne Lee Irvine is the other twin.