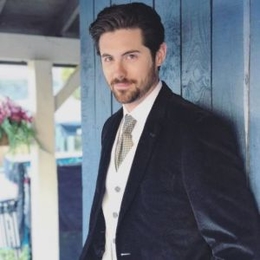 Canadian actor Chris McNally has done exceptionally well to win the viewer's heart through his performances in movies such as The Sweetest Heart, A Winter Princess, Same Time Next Week, and many others. He has also made a name on television appearing in When Calls the Heart, Supernatural, Altered Carbon, etc.

Is Chris McNally dating anyone? Does he have a Girlfriend?

Canadian actor Chris McNally is among the few celebrities who prefer to keep his behind the camera life as secret as possible, especially the love life. 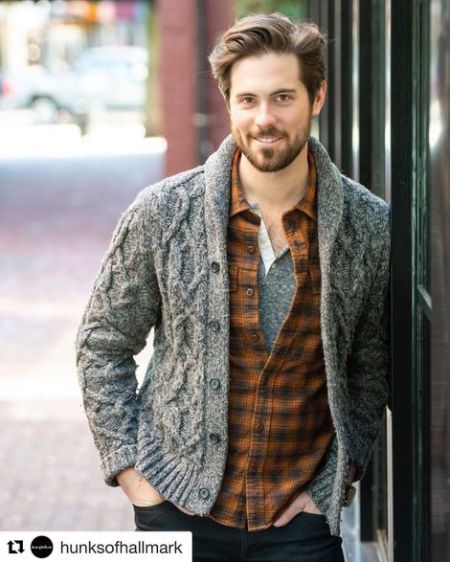 But in a few interviews, the actor has revealed that he does have a girlfriend. Although he has never posted any pictures of his lover on social media, he said that his girlfriend is South American.

Well, rumor has it that the handsome Chris McNally might be dating fellow actress and co-star Julie Gonzalo whom he worked together on the Hallmark film, The Sweetest Heart. While Chris played the role of Nate, Julie graced the role of Maddie.

And, as per rumors, McNally and Gonzalo became closer after they worked on the set of the Hallmark movie. However, Chris and Julie are not fans of disclosing their relationship to the public. 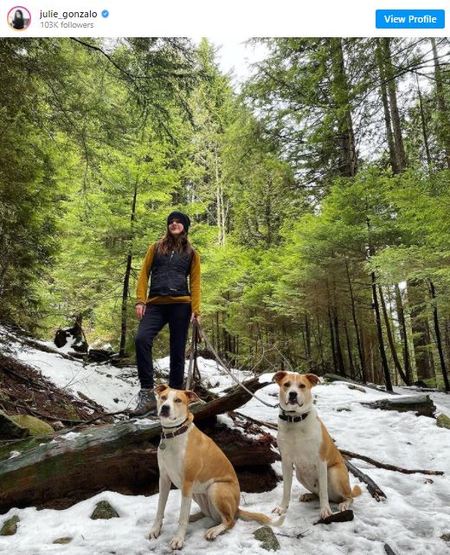 McNally mentioned that his girlfriend was of South American descent, "I waltzed her around the living room… but she’s south American so now she wants me to learn to salsa."

Interestingly, Gonzalo is of South American descent and her name is enough proof to support the suspicion. As a matter of fact, both McNally and his rumored girlfriend Gonzalo also often share pictures with the same dogs on their Instagram pages. 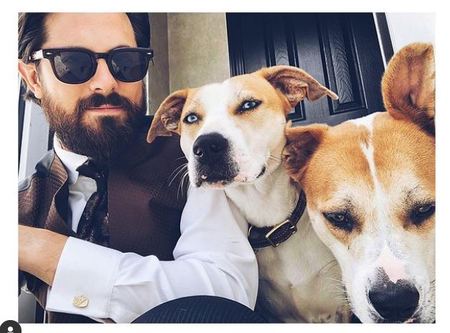 Not to mention, both Chris and his alleged romantic partner also follow each other on Instagram. Let's hope that he opens about his relationship more in the coming days and also reveals the identity of his beau.

Is "The Orchard" Actor Gay?

After portraying the gay character of John Jardine in the romantic comedy film "John Apple Jack" (2013), many assumed that Chris was gay in real life. But the rumors of him being gay are untrue, and as you now know that he has a girlfriend and is very much straight.

Animal Lover And Has A Camer

If you are a fan of the handsome actor Chris McNally, then you might already know that he is an avid animal lover, especially dogs. He owns two Pit Bull-husky mix pet dogs, Charlie and Bowie.

If you scroll through his Instagram account, there are tons of tons of pictures he has posted with his dogs. 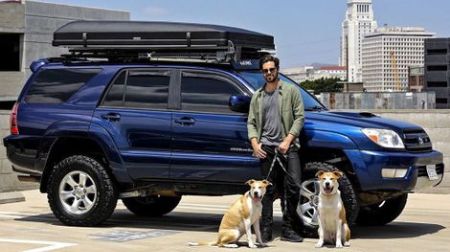 Chris McNally goes on a trip with his girlfriend and pet dogs during his holiday. SOURCE: Chris McNally's Instagram (chrismcnally)

When not busy acting along with his dogs and girlfriend, "The Orchard" actor hops on his 2005 Toyota 4Runner and iKamper's $3,900 Skycamp 2.0, which features a king-size foam mattress.

Speaking about the pop-up camper, he said:

“The dogs always take up a ton of room, so I knew that space was our first priority. And speed. This unfolds and sets up in about a minute.”

McNally says that the camper is his favorite room, and he got it as he is interested in doing remote expeditions and road trips to Vancouver, California, and various parts of Canada and the US.

Net Worth And Notable Works

The "A Winter Princess" actor holds a net worth of $1 million from his acting career.

Check out the clip of Chris McNally starred movie The Sweetest Heart (2018)!

These days, Chris is popular among the audience for the Canadian-American drama series "When Calls the Heart." He plays one of the main cast members Lucas Bouchard and acts alongside Erin Krakow, Daniel Lissing, Lori Loughlin, Jack Wagner, and many others.