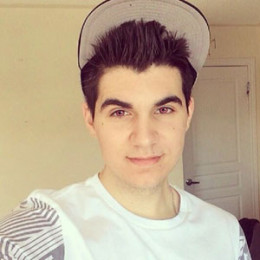 Christian Delgrosso was born on May 24, 1993, in Canada under the star sign Gemini. He attended a high school in Richmond Hill, Ontario, Canada. Delgrosso grew up with his brother, Julian Delgrosso. 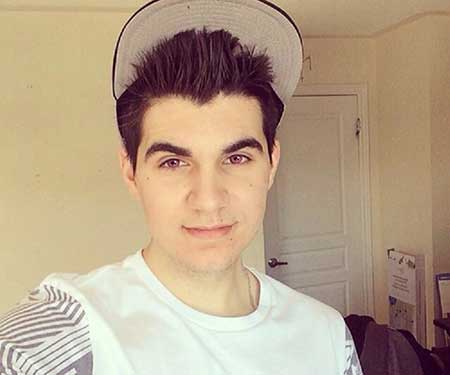 Growing up he wanted to be an actor and attended some acting workshops. Soon he got introduced to the social site Vine and he started making videos and posting it. His vines got the attention of many people and soon he started gaining recognition.

Christian Delgrosso is a social media personality who is huge in all the popular social networking sites. He initially started as a vine star and ended up doing a collab with some other vine stars like Matthew Espinosa and Cameron Dallas.

In his first ever vine he featured his mom and titled it "How to Show Your Mom Vine". Delgrosso is known worldwide as a youtube star having around 2.5 million subscribers on his account and till 2018 he has 400 million views on his videos.

On his Instagram and Twitter, he has 3.1 million and 1.4 million followers respectively. Because of his huge popularity in social sites, he eventually got a role in the 2016 movie Mono where he portrayed a teen kid named Bucky. His other movies include a 2016 movie Famous and 2017 movie, Speedball, School Spirits.

The YouTube star Christian Delgrosso's net worth is still under review. Most of his earnings are from the advertisements shown in the YouTube videos. On an average, the pay for a single view is $0.18 and a channel can earn $18 per 1000 advert views.

Besides he has featured in promotional videos for some brands like Coca-Cola, Black pills, McDonald and Microsoft.

Christian Delgrosso is in a beautiful relationship with Kristen McGowan from the year 2010. They first met when they were in high school and became friends. Soon after they reached their senior year they started dating and have been together for 8 years. Both of them are YouTubers and make videos together and are residing in Los Angeles.

Together with his girlfriend, Kristen McGowan, he has a channel named Chris and Kris which has grabbed 361k subscribers. McGowan who has her own self-titled youtube account has 183k subscribers. 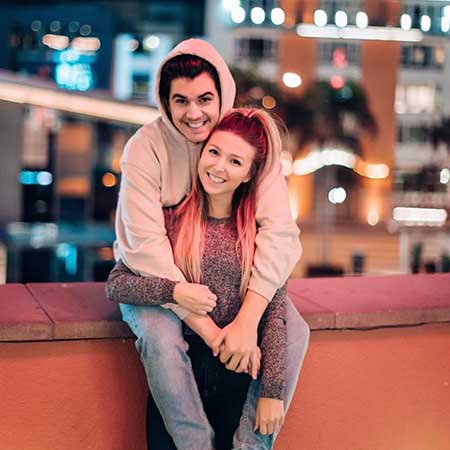 He falls under one of the popular vine stars and his favorite vine star is Rudy Mancuso. His favorite song is Forever by Chris Brown and says he likes listening to it currently as well.

Delgrosso when asked where he would like to live he simply replied to it saying on an island away from everyone. Delgrosso fears the dark and keeps a light on while sleeping since he hates waking up in a dark environment if he suddenly wakes up at night time.