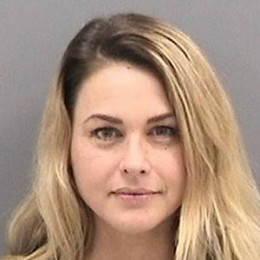 The American native fitness model Christmas Abbott is a CrossFit athlete and a nationally ranked Olympic weightlifter. She also participated in the 19th season of the reality show, Big Brother.

Christmas Abbott was born Christmas Joye Abbott under the birth sign Sagittarius on December 20, 1981, in Lynchburg, Virginia. Her mother decided to name her Christmas Joye since she was born only five days before Christmas.

She went through a rough childhood since her sister fell into a coma after both Abbott and her sister suffered a major car accident at age 13. The trauma lived with Abbott which resulted in smoking and alcohol addiction. She began destroying her life and lost her path for nearly 10 years.

Later on, she decided to change her ways to live a healthy life. Eventually, she went to Iraq as a civilian contractor along with her mother when she turned 22 and stayed there for four years. 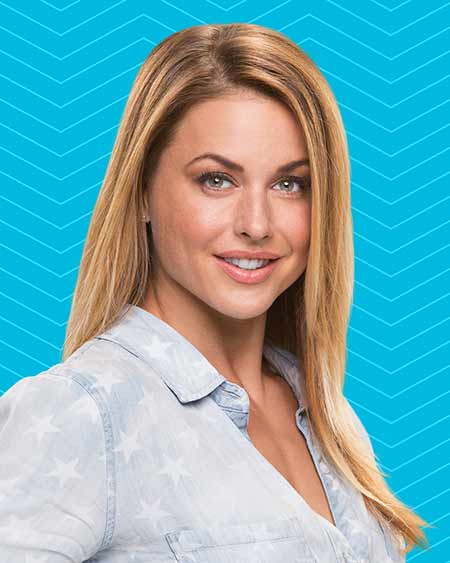 During her time there she came to know about CrossFit and its health benefits. After returning to her hometown she decided to make proper use of her knowledge regarding the sport and opened up her own gym in 2007. She started giving coaching classes of strength training and CrossFit.

Christmas Abbott is professionally a CrossFit athlete, Olympic weightlifter and a fitness model. She joined the NASCAR pit crew in 2012 being the first woman of their group and there she swapped tires on Clint Boyer's car.

You May See: Patricia Alamo

The following year, the reality star participated in the Olympics where she became nationally ranked at the American Open as an Olympic lifter.

She, furthermore, runs a self-titled YouTube channel which has 14k subscribers. In her channel she shares her fitness videos and workout routines. 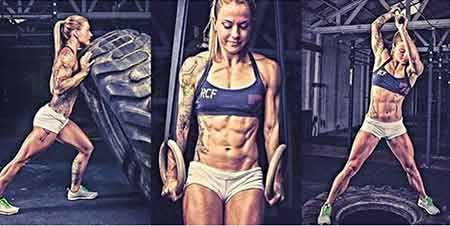 She came into the limelight after participating in the reality Television show, Big Brother season 19 in 2017 where she ranked third preceded by Josh Martinez and Paul Abrahamian.

I’m kicking off my #bbx program this December & to celebrate I’m giving 30% OFF my BOURN Relentless supplements!!!

Christmas Abbott trains herself by performing compound movements like clean & jerks, bench, pull-ups, deadlifts and squat. She usually runs on a treadmill or runs outdoors for cardio.

As for her nutrition, she follows a simple diet which includes eating peanut butter, eggs and an apple for breakfast. She tries to consume a mixture of foods which is rich in carbohydrates, fats, and protein.

Abbott drinks a lot of protein shake, eats lots of vegetables, and bacon for her diet. As for her cheat meal, she eats cupcakes filled with custard which happen to be her favorite.

Christmas Abbott's net worth is $1.5 million. Her main source of earning is from her career as a fitness trainer and CrossFit athlete. The average salary of a fitness trainer is $59,459 and it can range from $42,916 to $73,041.

The average income of a gym owner is $166,000 yearly and the earnings vary according to gym memberships, profits, debt, and reinvestment. She owns an SUV which costs around $30,000.

She also participated in the series, Big Brother. While appearing in the show, she earned around $750 per week.

Christmas Abbott is not married yet. However, the mother of one is happily engaged to her boyfriend turned fiance Memphis Garrett who was a participant in season 10 of Big Brother who later appeared as a houseguest on season 22. 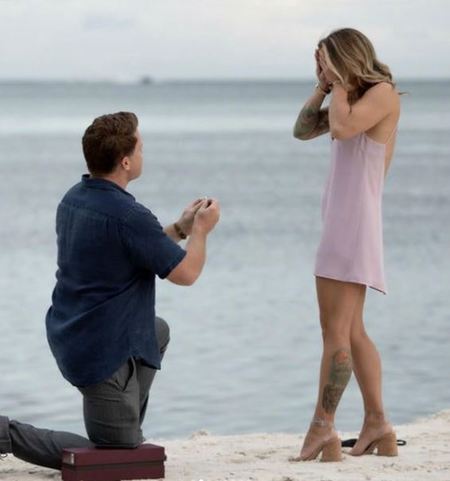 Garrett, the CEO of Garrett Group romantically proposed Abbott in August 2021 at a beach. Abbott shared the engagement pictures where Garrett can be seen on his knees with a ring in his hand.

Previously, she got engaged to her boyfriend Geoff Kercher in October 2016. The duo even announced their big wedding on September 3, 2017, but the marriage got called off as they broke up. Before Kercher, she dated Josh Holmes.

Recently, she dated her fellow fitness partner Benjamin Bun. During their relationship, the couple became proud parents of their first born, a baby boy named Loyal Atticus Abbott, born at 11:28 pm in South Carolina on October 8, 2018. 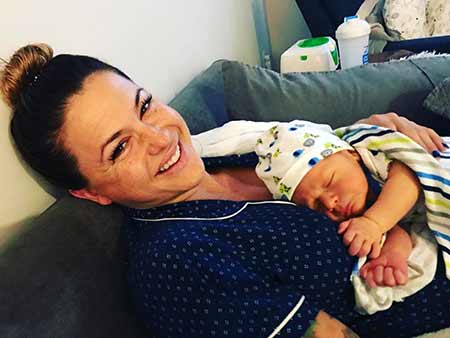 Their son weighed 8 pounds, 15 ounces and 22.5 inches long. However, soon after the birth of their child, the couple broke up. Her ex-boyfriend Benjamin talked about not being in contact with Christmas since August and knew about her due date through her Instagram.

Initially, he helped her with all the things during her first six months of pregnancy and went to meet the doctors often.

Currently, they co-parent their child and try hard to maintain a friendly relationship for the baby.

Best 9 was all about Loyal! No surprise there. He’s simply the BEST of my life in every way. It was a hella TOUGH year filled with hard lessons and constant change but it also brought the most precious thing is all, my son. Cheers to everyone who is in the thick of their struggle. Stay true to yourself and hold your morals high. Don’t compromise on what you know is right. The storm will pass and the blessings will come in abundance. #bestnine #2018bestnine #loyalatticus #christmasabbott #thewarden #singlemom #badassbody

Furthermore, on August 18, 2018, Abbott caught up in a legal situation for hitting her ex-boyfriend Benjamin's girlfriend Samantha Morse's car in the parking lot causing damage of $5000. That time the police let her off due to her pregnancy but after her son turned one month old, she got arrested.

However, on November 19, she pleaded not guilty to a criminal mischief at Florida Courthouse. Currently, it is reported that she is out of jail. Recently, she posted an Instagram story of breastfeeding her baby boy.

She pets an English bulldog who goes by the name Fran. She maintains 726k followers on Instagram and 75.2k twitter followers.

Take a look at Christmas Abbott's interview at the 2013 CrossFit Games!

The couple became proud parents of their first born, a baby boy named Loyal Atticus Abbott at 11:28 pm in South Carolina on October 8, 2018.