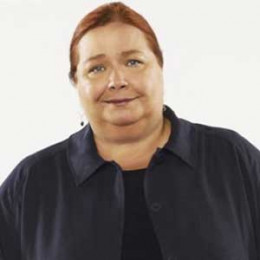 Conchata Ferrell, an American actress who contributed in the film industry for decades. She is best known mainly from, Two and a Half Man, Mystic Pizza and more. She won various awards including Drama Desk Award, Obie Award, Theater World Award and Western Heritage Award.

She won two Primetime Emmy Award nominations in 2005 and 2007. Recently, she portrayed the role of Shirley in The Ranch in 2017.

Born to Mescal Lorine and Luther Martin Ferrell on 28th March 1943 in Loudendale, West Virginia as Conchata Galen Ferrell is one of the famous actresses of America. She dropped out from West Virginia University after two years. She then started doing several jobs and finally graduated from Marshall University with the degree in history education.

Conchata began her career from the on-stage performance. In 1969, she appeared in her first on-stage show in Marshall in the second Barfenon Review, a skit comedy and musical production. She then appeared in another stage show of the Circle Repertory Company.

After the on-stage performance, she then started working in the original Broadway cast of Lanford Wilson's The Hot Baltimore in 1975. From which she received several awards for best actress and earned fame. Moreover, in 1979, she worked in Heartland by Richard Pearce and Mystic Pizza along with Annabeth Gish, Julia Roberts, and Lili Taylor.

Also, she appeared in many series and movies including- Network, Teen Angel, Erin Brockovich, Deadly Hero and much more. Conchata's most funny and most successful sitcom is Two and a Half Men, an American television sitcom aired on CBS where she appeared alongside Charlie Sheen, Jon Cryer, Martin Hinkle, Holland Tylor more. She grabbed millions of audiences from the series. In 2015, she was seen in the horror movie, Krampus.

In 1986, Conchata Ferrell married the actor, Arnie Anderson. Her husband is well known from the animated film, Pahappahooey Island (2005). The couple is having a great time together and share a strong bond.

The couple together has a daughter named, Samantha Anderson who was born in 1982. She also has two stepdaughters from her husband's first marriage. There is still no such news about their separation and extra-marital affairs. So, they are still together living a happy life.

The charming, Ferrell has an estimated net worth of $ 7 million. She has contributed to the film industry since 1975 and is till active now. She owns a house in Los Angeles, California where she lives along with her family.

Conchata Ferell married an actor, Arnie Anderson in 1986. The couple has a daughter named, Samantha Anderson who was born in 1982. Conchata has two step daughters from her husband's previous marriage.

Samantha Anderson is the only child of Cochata Ferell and Arnie Anderson born in 1982. She has two half-sisters from her father's previous marriage.