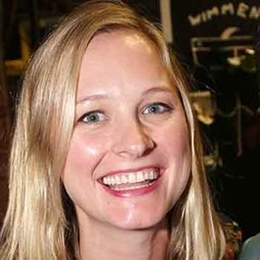 If you are a foodie, then you probably have an idea about one of the renowned chefs, Courtney Mcbroom. She is also the founder of an all-American food product company, Large Marge. Besides, Mcbroom is also a former employee of Momofuku Milk Bar. Along with her profession, she gained further popularity after dating an American actor Aziz Ansari.

Courtney Mcbroom's love life was one of the most talked topics on the internet as she was in a relationship with an American actor Aziz Ansari. The chef and Parks and Recreation cast dated for a few years. 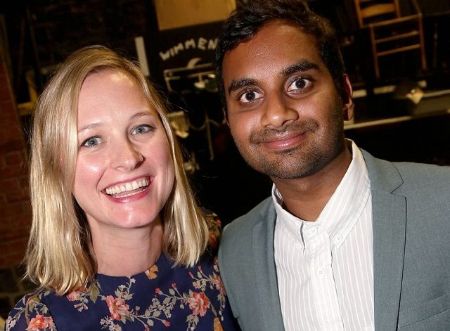 In an interview, Mcbroom revealed that she saw Aziz for the first at Momofuku Milk Bar, where she used to work. However, they did not talk to each other at that time. Luckily, the two again got a chance to meet each other in an event which both of them attended.

They had a conversation and got to know one another over a snack. But, the two did not immediately begin dating. Aziz said that when he met Mcbroom for the first time, the chef was hooked up with another guy. Ansari waited until Courtney became single, and without any delay, the actor proposed her in August 2013. 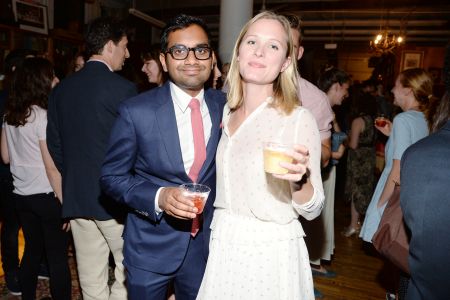 Mcbroom accepted the proposal, and ever since then; their romance began; however, the lovebirds tried their best to keep it a secret. A Golden Globe award-winning actor is a foodie. Once in an interview, Courtney said that food became the main source to bring the couple together. She mentioned;

“I was working at Momofuku Milk Bar in Manhattan. Someone said, ‘Aziz Ansari is here!’ I didn’t know who he was. A year later we met at an event and bonded over Hokey Pokey cookies… basically, the Hokey Pokey brought us together.” 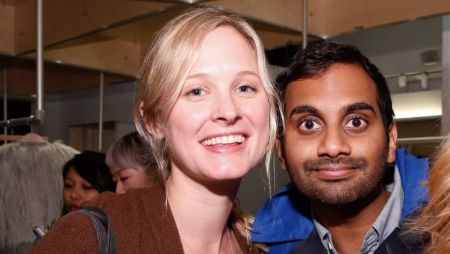 Although the pair intended to keep their romance onto themselves, they failed to do so. Later, the chef began to live together with her lover in his house in Los Angeles. It was the main reason for their relationship to be official.

They later planned to buy a new house together, which created a conflict between them. Similarly, their busy career schedules also began to become a barrier in their relationship. Sadly, these conflicts led to their breakup. The duo parted their ways after being together for two years in 2015.

Is She Currently Dating Or Still Single?

Since the separation with her then-boyfriend Aziz Ansari, the chef Courtney Mcbroom hasn't announced to be dating any guy. Likewise, there are no rumors surfaced on the internet about her hookups and affairs. 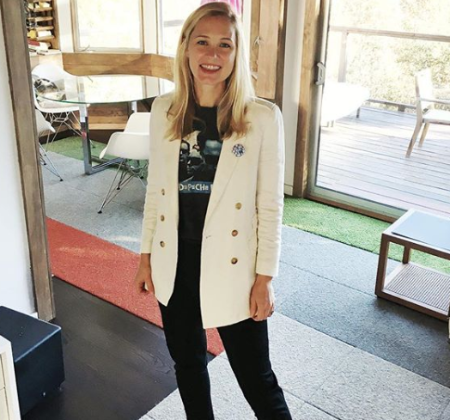 Furthermore, the chef is also never spotted hanging out with anyone in the public who could be her possible boyfriend. Besides, her social media walls are also clean, as she hasn't shared any suspicious pictures.

Hence, the owner of Large Marge, Courtney Mcbroom, is probably single at the current moment. On the other hand, she may be dating the love of her life secretly but keeping it away from the public to stay away from unwanted rumors and controversies.

Courtney Mcbroom developed a passion for culinary since her childhood. She formerly worked at Momofuku Milk Bar in New York City as a culinary director. She currently owns an all-American food product company Large Marge. She launched it in collaboration with Leslie Behrens in October 2014.

Mcbroom is working in this field for over ten years, and from her over a decade long career, the chef has amassed a good amount of money. She has an overall net worth of around $1 million as of 2019.