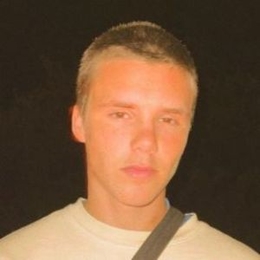 Cruz Beckham is best known for being the youngest son of retired English football player David Beckham and former Spice Girl member Victoria Nicole Beckham. Besides, he is also an uprising music artist.

Who is Cruz Beckham Dating? 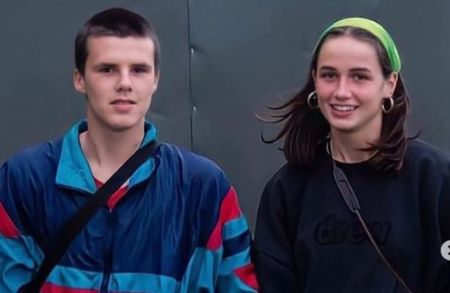 Further, Cruz and Bliss began dating in late 2020 & were also spotted stepping out holding one another's hand at the Reading Festival in August 2021. At the festival, Cruz looked effortlessly cool in an oversized retro-red & blue paneled windbreaker.

Meanwhile, Cruz's girlfriend Bliss opted for a chunky oversized jumper atop a floral miniskirt with a neon green bandana. The pair looked really happy to be having a great time at the weekend as they enjoyed some live music. As of September 2021, the romance between Cruz and Bliss is going stronger without any sorts of distractions.

What's the Net Worth of Cruz Beckham?

Cruz Beckham is yet to be engaged in income-generating activities. However, Bliss already started following the footstep of his musician mother, Victoria. The young talent released his debut single- 'If Everday was Christmas' on his self-titled YouTube channel with 38k subscribers. The track now gained over 4.5 million views.

Check out the video of Cruz Beckham speaking about his debut Singles 'If Everday was Christmas.'

Well, Cruz is one lucky kid to be born in a celebrated & rich family. His father David collected an estimated $225 million worth of wealth. David Beckham's annual PSG salary was $50 million. Likewise, the combined networth of the retired English soccer player and his wife/singer Victoria Beckham is $450 million. 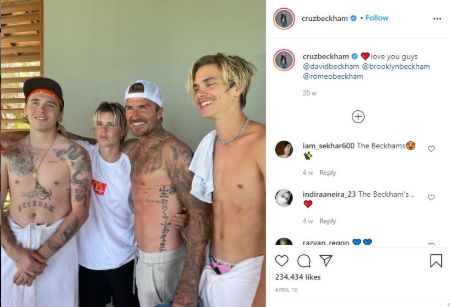