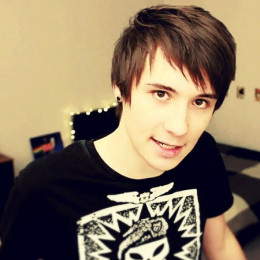 Daniel James Howell is a radio personality and YouTube star, best known for his YouTube channel danisnotonfire, which has over 4 million subscribers. He along with his pal Phil have their own radio request show named “Internet Takeover", where he is one of the presenters. He studied Law at the University of Manchester but dropped out one later. He was voted "Hottest Lad of the Year 2012" by readers of the web magazine Sugarscape.

Dan Howell is always on limelight because of his link up. As per some online sources, he is dating his best friend Phil Lester and indicating they are gay but no official confirmation has come about it.

Howell was born on  11 June 1991 in Wokingham, Berkshire and raised in Winnersh. He has a younger brother.

He attended the University of Manchester in 2010 and studied law.

As of February 2019, he has 6.5 million subscribers on his self named YouTube channel.