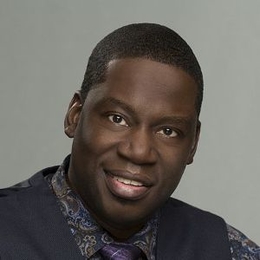 The veteran African American actor Daryl Mitchell is known for his versatile & realistic acting in movies like Galaxy Quest and House Party. Mitchell also made headlines after his life-threatening bike crash in 2002.

Best known for his role in the 80s sitcom, The Cosby Show and NCIS: New Orleans, Daryl Mitchell has successfully won millions of viewer's hearts. The fans are fond of his realistic and versatile comical acting skills. But how's his life going after a terrible accident which ended him up in a wheelchair forever. Well, let's discover everything on Daryl in detail below. 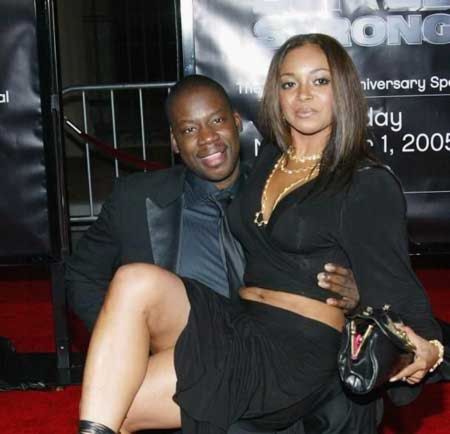 Well, African American actor Daryl Mitchel is a blissfully married man. Daryl walked down the aisle with the beauty Carol Mitchell in 1998. Not to mention, Carol changed her last name to Mitchel after their marriage. Clearly, since their marriage, Daryl and Carol have been inseparable.

Likewise, Daryl has an active presence on social media, especially Instagram where he shares his selfies, pictures in a wheelchair, and hanging out with his celebrity pals. Further, Daryl is also the founder of the Daryl Mitchell Foundation which he established to raise awareness on spinal cord injuries to the public. 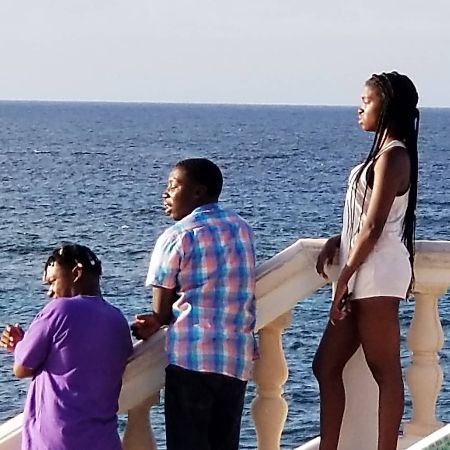 Despite having a paralyzed father at home, Daryl's children are always there to love and take care of him. Currently, Daryl, together with his wife and kids, resides in Sugar Hill, Georgia. In addition, there's never been any misunderstanding or problem on Mitchell's marriage that can lead the family o split.

How did Daryl Mitchell end up in a Wheelchair?

Life was going well for Mitchell until his tragic bike accident in November 2001 that changed his life forever. Well, the Bronx-native Mitchell was on his motorcycle trip to South Carolina on Kawasaki Ninja 900. And, at night, he crashed down on a gravel pavement. 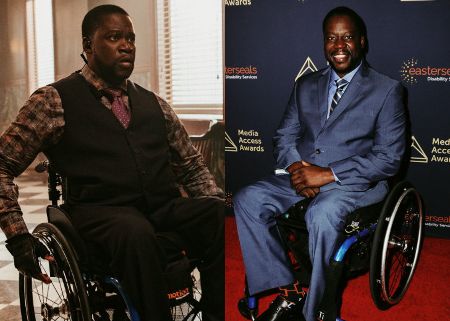 A picture of Daryl Mitchell in a wheelchair. SOURCE: Pinterest

Daryl's bike landed on top of him after the flip, which permanently damaged his spinal. Thankfully, a nearby visitor saw him, and help arrived quickly. After being hospitalized for days, Mitchell was in a critical state with a fractured wrist, bruised kidney, and consequently paralyzed from the waist down.

Despite being in a wheelchair, Daryl made an incredible comeback in a sitcom Ed. (2002-2004) and starred as a paralyzed bowling alley character El. Thanks to the selfless support from his family and friends, including Denzel Washington and Chris Tucker, Daryl got the hope to live life again and continued to work in the film.

Daryl Mitchell was once a part of the 80s hip-hop group called Groove B Chill before he first appeared on TV with a Series, The Cosby Show, from 1985 to 1991. Then, Mitchell started working as an actor in many sitcoms and movies.

Watch the video of Daryl Mitchell giving a speech at the graduation ceremony.

Likewise, in 2018, Daryl appeared in Fear of the Walking Dead by portraying the character of Wendall. With the role of the  Computer Specialist Patton Plame, Daryl starred in 155 episodes of the CBS-affiliated sitcom, NCIS: New Orleans.

According to Celebrity Net Worth, Daryl Mitchell amassed a net worth of $500,000. Most of his earning was made from his tireless contribution to the entertainment industry since 1985. Needless to say, his life is like an open book with his struggle motivating anyone with a disability not to give up on life.

Daryl Mitchell walked down the aisle with his girlfriend turned wife Carol Mitchel in a private ceremony in 1998. Together with his wife, Dary Mitchel shares three lovely kids.

Kamari Mitchell is the youngest child and daughter of Daryl Mitchell and his wife born in 2000.

Desmin Mitchell is the oldest son of Daryl Mitchell and his wife Carol, born in 1995.

Justin Mitchell is the second son of Daryl Mitchell and his wife, born in 1998.