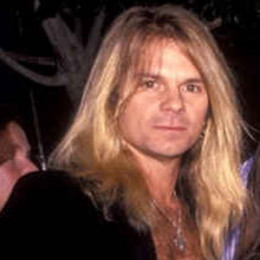 American rock singer, songwriter and an actor, David Glen Eisley is popularly known for his hit song, Call to the Heart with his band, Giuffria. The song listed on the Billboard Hot 100 list and reached up to 15th position. Eisley is a married man and shares a daughter with his wife.

David Glen Eisley is a member of  Eisley/Goldy and is working on releasing the album Blood, Guts And Games due to release in December 2017.

His most popular song is Call to the Heart with the band, Guiffria.  It listed on the Billboard Hot 100. He also released his solo albums like War Dogs, Stranger from the Past, The Lost Tapes and others.

As of 2017, he gave vocals on the three songs on Bob Kulick's album Skeletons in the Closet and also released an album with Craig Golby under the name, Eisley/ Goldby.

David Glen Eisley married Olivia Hussey in 1991. She is an English-Argentine actress better known for her role of Juliet in Franco Zeffirelli’s film version of Romeo and Juliet. The husband-wife are parents of India Eisley, an actress.

They share a healthy relationship and are enjoying their 26 years of marriage with more years to add.

David Glen Eisley made a decent money from his albums and songs. However, the actual figure of his income is not public. Whereas, when it comes to his wife, she has an estimated net worth of $32 million which she earned from the various movies and series.

One of his most famous songs, Call to the Heart entered into the Billboard ranking #15.

In 1991, David Glen Eisley married actress of Romeo and Juliet, Olivia Hussey. They are still together with no such buzz about their divorce and extramarital affairs.

In 1993, David Glen Eisley and his wife, Olivia Hussey welcomed their first child named, India Eisley who is currently an actress and is rumored to be dating, Alexander G. Martin.