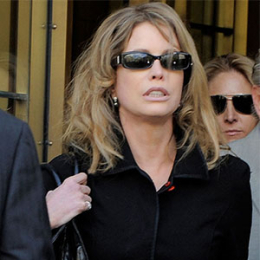 The 63-year-old American producer and former model Diandra Luker is the former wife of Hollywood Icon Michael Douglas. best known for her works in movies like Off the Menu: The Last Days of Chasen's, Broken Lines, and American Masters. Luker is She rose to fame after being enlisted in one of the highest paid divorced back in 2000. She actively involved in charity works and she is a member of the Red Cross Society.

Diandra Luker's Personal life: Who is Her Husband?

Diandra Luker is currently single but she was married to sensational Hollywood star Michael Douglas in March 1977. Luker was only 19 years old and Douglas was 32 at the time of their marriage. 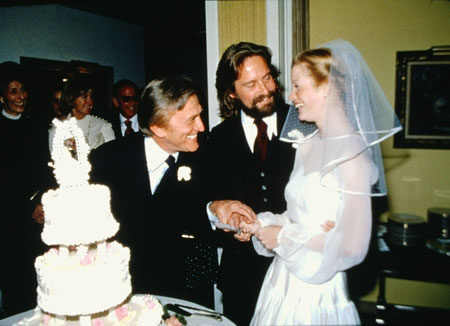 The former couple first met at the swearing-in ceremony of the US President, Jimmy Carter. Diandra was such a stunning lady that Douglas couldn't keep his first sight through and instantly fell in love with her. Eventually, the duo dated for two weeks and Michael proposed to marry Luker.

By 1978, a year after marriage, the former couple was blessed with a baby boy named Cameron. After several years of marriage, things turn out to be sour on a happily married couple. In 1995 Diandra filed for divorce and the duo started to live separately. The two legally got divorced in 2000. 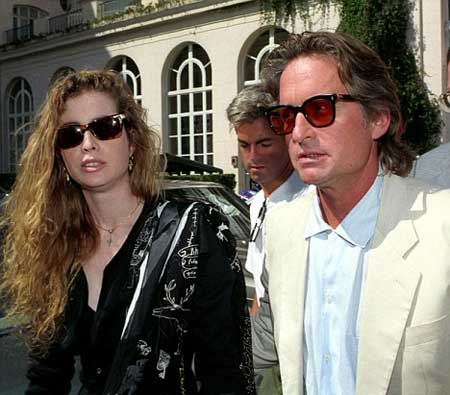 Michael and Diandra were married for 23 years and divorced in 2000.
SOURCE: Happier times

Luker started to date businessman Zach Hampton Bacon III after her official divorce. The couple had their twin boys Hudson and Hawk via surrogacy in 2004.  They split after a few years of relationship.

Later on, Diandra adopted a daughter Imira from Kazakhstan, So far now Luker is a mother to four adorable children.

While Luker is most probably single at present, her ex-husband Douglas is married to Welsh actress, Catherine Zeta-Jones. Despite a huge age difference, the pair is living a blissful marriage.

Diandra Luker is an adroit producer and a glamorous model.  An average salary of a producer is $65,133 which may widely vary from $39,000 to $96,000. Diandra holds a net worth not less than $50 Million as she received an attractive sum of $45million including some properties as a divorce settlement from former husband Douglas. 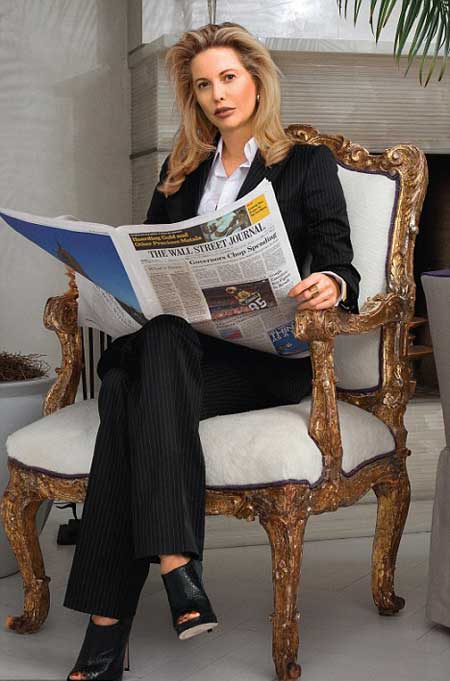 In addition, Luker also generates some of the dollars through brand endorsement. She had been signed with a Ford model agency, which hired personalities like Oscar de la Renta, Caroline Herrera, and Donna Karen. She is living a lavish life with children.

Diandra Luker was born in 1956 in a small island of  Majorca, Spain. Her father was a former Swiss-American diplomat. Her mother was of Anglo-French decent. She was sent to boarding school in Switzerland as her father used to travel a lot due to his job. Later on, she moved to the United States for her higher education. 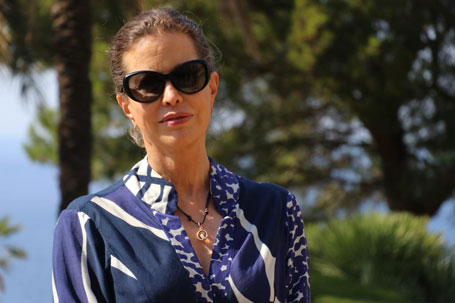 Luker attended Edmund A. Walsh School of Foreign Service in Georgetown. During her teenage, she was actively involved in charity work. She has been a member of many humanitarian organizations including Red Cross Society.

Diandra also worked as a model, where she was signed with Ford modeling agency. By 1991, she produced an episode for PBS’ TV series 'American Masters'. In 1993 she co-producer another 'PBS' documentary, ‘Beatrice Woods: Mama of Dada'. Similarly, she is a producer known for Broken Lines, and Off the menu: the Last Days of Chasen's.

Michael Douglas is an American actor and producer best known for movies like Ant-Man, Fatal Attraction, Basic Instinct, and Falling Down.

Cameron Douglas was born on 13 Dec 1978 in the city of Santa Barbara, California.

Hudson was born a twin with his brother named Hawk. Hudson parents are Diandra Luker and Zach Hampton Bacon III.

Hawk was born a twin with his brother named Hudson. Hudson parents are Diandra Luker and Zach Hampton Bacon III.