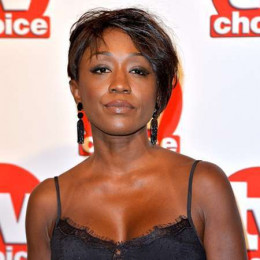 Jemima Diane Parish is a talented British actress well known for her roles in the BBC Soap EastEnders, as Denise Fox and as DC Eva Sharpe in The Bill. She was trained at London's Royal Academy of Dramatic Art (RADA). In 2015, she was ranked #40 in The 100 Greatest EastEnders (1985) Characters of All Time for her performance as Denise Fox. She has been actively working as an actress since the year 1991.

Accounting her personal life, she is yet unmarried but is in a serious relationship with a man since 2001. According to the source, she is currently engaged to her boyfriend and probably is looking forward to getting married soon. The couple has raised two beautiful daughters from their passionate relationship. Besides, there is no history of her affairs till date. She hasn't been a part of any controversial issues to date.

Diane Parish was born on 1 November 1969 in Chelsea, London, England to mother Lynne Parish, a teacher from Monsterrat. She was raised by her mother after her father from Dominica left the family when Parish was just 8 years old. She didn't see her father nor speak to him for more than 20 years. She is of a multi-ethnic group and holds British nationality.

Parish is the youngest child and has two older brothers. She graduated from the London's Royal Academy of Dramatic Art(RADA) after which she started working in theatre. She used the skills; she learned in RADA to portray Cordelia in Talawa Theatre Company's production of King Lear in 1994.

Diane Parish made her appearances in many television series including Lovejoy starring Ian McShane and Rudolph Walker. Walker later played the character Patrick Trueman in EastEnders where Parish portrayed the character, Denise Fox.

She appeared as a lead in Babyfather, which won her a Royal Television Society's best actress award in 2001 making her the first black actor to win a major RTS award. It was followed by her appearances in the TV dramas like The Bill and its spin-off M.I.T.: Murder Investigation Team.

In May 2006, Parish made a comeback to EastEnders as a regular cast. She for a short period took a break, in Jan 2008, from the soap opera to give birth to her daughter and made her return in June 2008. She also appeared in Indian Summer as Millie in 1996.

Parish, in 2017, became the ninth actress in the history to serve the longest in the EastEnders, i.e., 11 years tying with Charlie Brooks, Jessie Wallace, Linda Henry, Laurie Brett, and Lorna Fitzgerald.

Diane Parish is committed to his longtime boyfriend, Sebastian Parish with whom she has two children. The lovebirds started dating back in 2001. They eventually got engaged on 1 November 2007 also her 38th birthday.

"Sebastian proposed on my birthday last November and I didn't see it coming at all."

"But we've got so much going on we haven't set a date."

Parish with her fiance has two daughters, Kenya, born in September 2005 and Kaya, born on 2nd December 2007. Well, the pair is satisfied with their current life and are in no hurry to get hitched.

During an interview with the Daily Mirror, she said that she ruled out having more children with her partner.

"I feel very fortunate for having my lovely little girls. We're a very happy family."

When will the couple get married? Well, they are still in no hurry for their wedding.

Diane Parish, the winner of Royal Television Society's best actress award, has served in the entertainment industry for more than two decades. Through her successful career, she surely has accumulated an estimated net worth around $2 million.

She is also one of the longest-serving actresses in EastEnders. Some of her co-stars of the series like Danny Dyer, Steve McFadden, and June Brown take home a six-figure salary. Likewise, Parish also earns somewhere around that figure.

Diane Parish and Ben Shephard Giggle over 'Down There' cream, check out this video,

She is the first daughter of Diane, who was born safe in 2005.

She is the youngest member in the family, whom she gave birth at the age of 38.