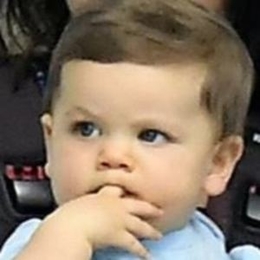 Dimitri Portwood Kutcher has doubled the happiness of everyone's favorite Hollywood couple, Mila Kunis, and her actor husband, Ashton Kutcher since he came into their world.

The adorable Dimitri Portwood Kutcher is the youngest child and the son of actress Mila Kunis and Ashton Kutcher. And, the couple welcomed their youngest child in November 2016 at the famous Cedars-Sinai Medical Center in Los Angeles, California at 1:21 AM. 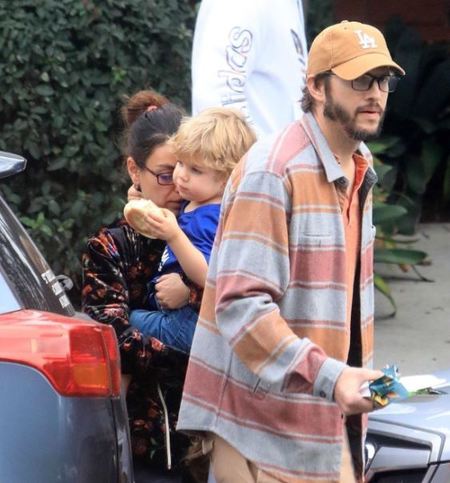 In addition, Dimitri who was healthy at the time of his birth weighed 8 pounds and 15 ounces. His parents shared the happy news of their son's arrival with a statement on their website following their announcement of Kunis's pregnancy with her second child.

And, as the youngest child of Mila and Ashton, Dimitri is a little brother to his sister named Wyatt Isabelle Kutcher. His parents welcomed their daughter in October 2014, two years before his birth. 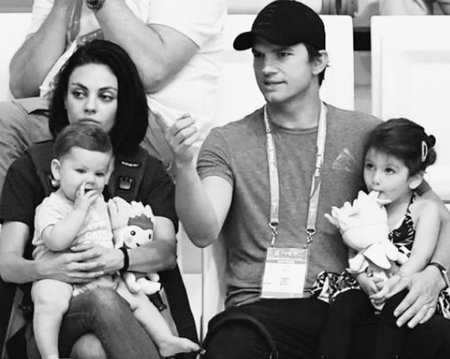 A family picture of Dimitri Kutcher along with his sister Wyatt Kutcher. SOURCE: Pinterest

Both Dimitri and his sister Wyatt are often photographed and spotted with their parents in public places. In addition, their parents met on the set of That '70s Show while Mila was 14 and Ashton was 19. But their love story only began in 2012, prior to their marriage in 2015.

For his parents million dollar wealth, Dimitri Portwood Kutcher has an easy life upbringing. After all his parents, one of the famous Hollywood power couples holds a combined net worth of more than $200 million, as per Wealthy Gorilla.

Well, Dimitri's mother is best known for her roles in Friends with Benefits co-starring Justin Timberlake, Black Swan, Bad Moms, Ted, and Family Guy. As for his father, Ashton Kutcher has appeared on famous films and tv shows that include Two and a Half Men, No Strings Attached, The Ranch, Killers, and Just Married among others.

On the other hand, Mila and Ashton have no intention to force their children into the acting fields and want Dimitri and Wyatt to decide their own fate. The family of four happily resides in Dimitri's parents' Los Angeles mansion which is worth more than $14 million.