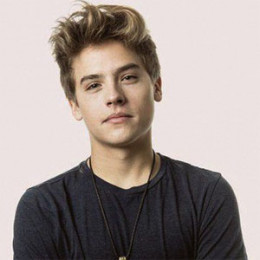 American actor, Dylan Thomas Sprouse is a son of Matthew Sprouse and Melanie Wright as well as a twin brother of Cole Mitchell Sprouse. He was named after Dylan Thomas, Welsh poet. He appeared in 'I Saw Mommy Kissing Santa Claus' and 'Just for Kicks'.In 2005, the Sprouse brothers signed a licensing agreement with Dualstar Entertainment to produce 'Sprouse Bros' branded merchandise.

Dayna Frazer started dating Dylan Sprouse on 23rd February 2014. Dylan Sprouse has had an encounter with Miley Cyrus in 2006. In May 2015, both Dylan and Cole Sprouse graduated from the Gallatin School of Individualized Study of NYU. In 2012, Dylan and Cole were officially appointed as the International Ambassadors of the Koyamada Foundation.

Dylan Thomas Sprouse was born on 4 August 1992 in Arezzo, Tuscany, Italy to American parents Melanie Wright and Matthew Sprouse. His parents worked as teachers at an English language school in Tuscany.

He has a twin brother named Cole Sprouse born 15 minutes later than him. After four months of their birth, the family shifted to their parents' native Long Beach, California. 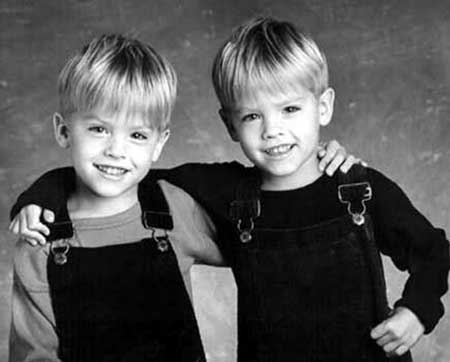 He studied at New York University's Gallatin School of Individualized Study. In addition to it, he received a four-year degree in video game design.

By 2018, he opened All-Wise Meadery in Williamsburg, Brooklyn.

He initiated his career performing with his twin brother Cole Sprouse playing the role of Patrick Kelly in Grace Under Fire in 1993.

He performed in several TV series and movies with his brother. He is widely recognized for portraying the role of Zack Martin on the Disney Channel series The Suite Life of Zack & Cody along with its spin-off, The Suite Life on Deck with co-stars Cole Sprouse, Brenda Song, Phill Lewis, Doc Shaw, and Debby Ryan.

Diary of a Sex Addict, Just for Kicks, Apple Jack, The Heart Is Deceitful Above All Things, Snow Buddies, and The Kings of Appletown are some of his popular movies with Dismissed and Carte Blanche; the recent ones. Further, he working with Banana Split, Turandot, and Daddy releasing in 2018.

Some of his TV roles include The Emperor's New School, According to Jim, Hannah Montana, and So Random.

In 1999, he received the nomination for Best Performance by a Young Actor in a Comedy Film for Big Daddy in YoungStar Award. Also, he was nominated in MTV Movie Awards, Young Artist Award, and Blockbuster Entertainment Awards in 2000 for the same American movie.

He has an estimated net worth of about $16 million at present as per the Richest.

Back in September 2013, people along with his fans thought that the Disney Channel heartthrob is facing financial hardship when he was photographed working as a restaurant host.

His photos working in the restaurant went viral until the star himself came forward and addressed the controversy with a lengthy post on his Tumblr account.

'To clear up the air (which is admittedly pretty rude), I did not take this job because I “lost all my money.'

'I am financially secure, and took this job as a way to primarily feed my over bountiful video game addiction.'

"I will potentially return to acting someday, but in no way do I think any experience is a step down for me, but rather a new step in another direction."

Sprouse has been dating a lifestyle blogger and a stunning model for Freedom Models Dayna Frazer. She studied at a college in Connecticut and majored in science and history. 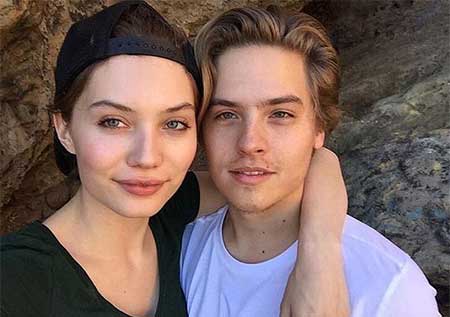 Neither Dayna nor Dylan commented on his alleged cheating, Source: Twitter

After dating for almost 3 years Dayna claimed that her boyfriend cheated on her via her Instagram story. 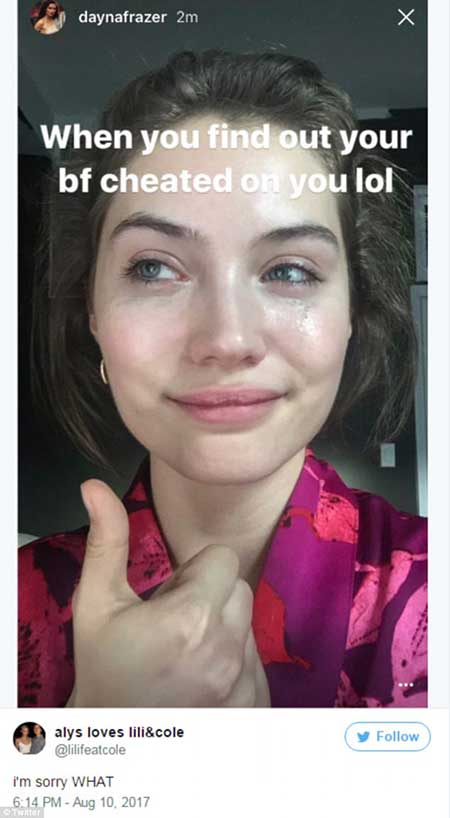 She  captioned the above post with a caption that said,

"When you find out your bf cheated on you lol."

Eventually, they unfollowed each other on Instagram and deleted almost every photo of one another.