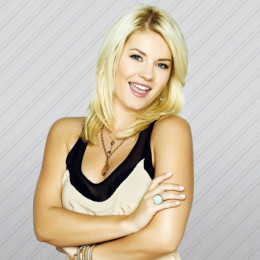 She is a Canadian actress and model. She is a daughter to Patricia, a housewife, and Kevin, an automotive design. She started her career as a foot model when she was just nine years old. She graduated form Centennial Regional High School. When she reached 17 she moved to Los Angeles in order to pursue her career in acting. She started her career in television screen from, horror series for children "Are You Afraid of the Dark?" She is also co-host of the show named Popular Mechanics for Kids alongside with Jay Baruchel. In 2003 she had small roles in movies like Old School and Love Actually. She had lead role in movie named The Girl Next Door which helped her to gain instant fame. In 2003 she was awarded with Phoenix Film Critics Society Award for best cast.

Elisha Ann Cuthbert was born on November 30, 1982, in Calgary, Alberta, Canada. She is the daughter of Patricia, a housewife and Kevin, an automotive design engineer. She is Canadian and belongs to the Caucasian ethnicity.

Cuthbert was raised in Green filed Park, Quebec. She also lived in Toronto, Ontario. She graduated from Centennial Regional High School in 2000 and later moved to Los Angeles.

Elish Cuthbert began her modeling career at the age of nine, she also became a foot model. She made her TV debut with horror-themed series for children, Are You Afraid of the Dark? and later became the regular cast of the show.

Cuthbert co-hosted the  Popular Mechanics for Kids which captured the attention of Hillary Clinton and she was invited to the White House. In 1997,  Cuthbert debuted in the feature film, Dancing on the Moon at that time she was just 14-years-old.

However, she got her first major role in the 1998 drama film Airspeed (No Control).  Cuthbert received her first award, Gemini Award for her character as Kaitlyn Palmerston for Lucky Girl.

In 2001, Elisha Cuthbert moved to Hollywood and she cast in the popular TV series, 24 as a daughter of a federal agent, Jack Bauer. She appeared in the first three seasons and took a break, later she reprised her role in the fifth season. Cuthbert again guest-starred in five episodes of the seventh season and two episodes of eight seasons.

Cuthbert debuted in Hollywood movies with a minor role in Old School. In 2004, she got her first break as a lead actress in the film, The Girl Next Door. She earned the two  MTV Movie Awards nominations for the movie.

In 2005, she cast in the remake of the horror film, House of Wax along with Paris Hilton and Chad Michael Murray. She was nominated for two categories in the Teen Choice Awards;  Choice Movie: Actress –Action/Adventure/Thriller and Choice Movie: Rumble.

She has appeared in the number of movies such as The Quiet, Captivity, He Was a Quiet Man, My Sassy Girl, Guns, Just Before I Go, Goon: Last of the Enforcers and others. Her TV screen credits including Mail to the Chief, Largo Winch, NY-LON, Family Guy,  The Forgotten, Happy Endings, One Big Happy.

Since 2016, she played the role of Abby in the Netflix comedy series, The Ranch.

The duo welcomed their first child, Zaphire in 2017.

Here, the proud and moving mother celebrated her baby's first birthday on 11 April 2018.

Hope you had the best Birthday @dionphaneuf we love you

Currently, the pair resides in Ottawa during the hockey season and they spend their summers at Phaneuf's waterfront estate outside New London, Prince Edward Island, in his parents' home province.

Cuthbert is not much social media friendly when it comes to her personal life, husband, and family. She celebrated 5th marriage anniversary with her husband on 6th July 2018 and shared an image of the couple via Instagram post.

Happy Anniversary @dionphaneuf CHEERS to 5 years, one beautiful baby, Pearl puppy and hopefully a couple of fish today. love you

They celebrated the big day during a vacation at Prince Edward Island.

Prior to being in a relationship with him, she dated NHL player and actors too. There has been no report and rumor of any kind of divorce, conflict and extramarital affair from both husband and wife which suggest that they are leading a happy married life.

Elisha Cuthbert has an estimated net worth of $20 million. In 2003, her Hollywood debut, Old School grossed $87 million. Similarly, her next movie, Love Actually earned $246.4 million at the box office.

After dating NHL player for 5 years and having 10 months long engagement the couple finally got married. Their marriage was performed in Prince Edward Island.