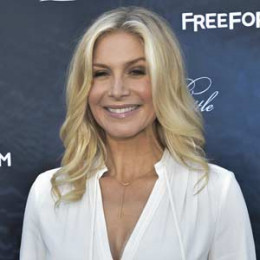 American actress, Elizabeth Mitchell is best known for her role as Dr. Juliet Burke on the ABC series, Lost. She has played iconic roles in several series like as Snow Queen on Once Upon a Time, as Deb Carpenter on Dead of Summer.

Mitchell made her acting debut in 1992. Currently residing in Los Angeles, California, she is a proud parent of a son, Christopher Joseph (CJ).

Elizabeth Mitchell was born on March 27, 1970, in Los Angeles, California USA to Josephine Marian Mitchell (nee Jenkins) who is Dallas based lawyers. After her birth, Mitchell mother moved to Dallas, Texas where she married Joseph Mitchell in 1975. Her stepfather is also a lawyer. Her parents have their own firm about 5 blocks from their house in Dallas.

The actress grew-up in L.A hills area and lived there for around 15-years. She used to take a stroll in the streets with her 150-pound guard dog.

She graduated from a public magnet school, Booker T. Washington High School for the Performing and Visual Arts. In 1991, Mitchell earned her bachelor degree in fine arts from Stephens College in 1991. Then she attended British American Drama Academy.

Elizabeth Mitchell worked in Dallas Theater Center for six years and a year at Encore Theater before pursuing a professional acting career. She made her screen debut in 1993 with Dangerous Curves. Then she featured in TV series, Loving, L.A. Firefighters, The Sentinel, JAG, Comfort, Texas, Significant Others and many more.

Mitchell debuted in 1998 film Gia where she played the role of Linda Mitchell. She portrayed the character of a lesbian lover, Dr. Kim Legaspi of Dr. Kerry Weaver in ER. Some of her notable films including Frequency, Nurse Betty, Double Bang, The Santa Clause 2, Running Scared and others. 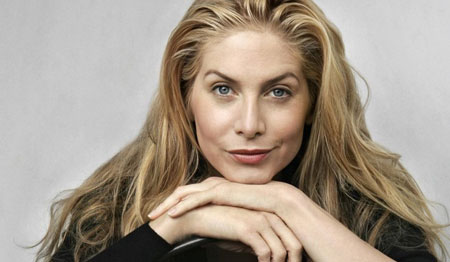 Elizabeth Mitchell during the photoshoot,
Source: All Geek to me

Elizabeth Mitchell rose to fame after starring in the ABC series, Lost in 2006 as Dr. Juliet Burke. She earned seven nominations for her role and won Saturn Award in 2008.

Then she got her next major break in TV series, V where she played the main role of Erica Evans, an FBI counter-terrorism agent who becomes the leader of the global Fifth Column. The show aired its last episode on March 15, 2011.

Her most recent screen appearance was in The Expanse as Dr. Annushka "Anna" Volovodov. Her next venture is The Buried Girl which is scheduled to be released in 2019.

Elizabeth Mitchell has an estimated net worth of $3 million which she garnered from her long and illustrious career. She made $150k per episode from the TV series, Lost. Currently, she is the part of Syfy TV series, The Expanse and she earned around $200k per episode.

She has associated with many blockbuster movies and some of them are enlisted below,

Elizabeth Mitchell is possibly single at the moment but previously she was married to improvisation actor Chris Soldevilla in 2004. The duo lived in Bainbridge Island, Washington after their marriage.

They welcomed their son, Christopher Joseph (CJ) Soldevilla in 2005. However, the couple failed to handle their married life and citing some irreconcilable differences they divorced in 2013. 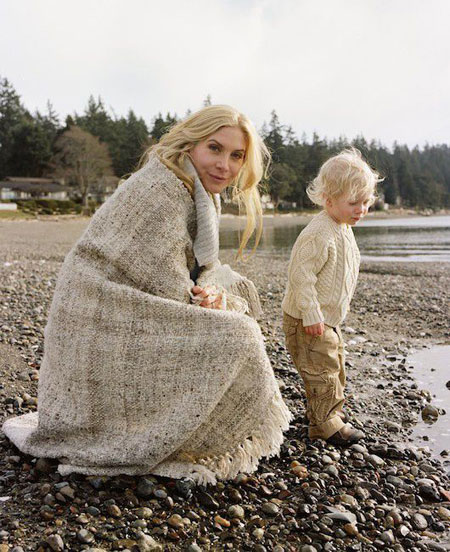 Prior to marrying Soldevilla, Mitchell dated actor David Lee Smith from 1994 to 1999. The duo lived together for two years in New York City.

After separating from David she shared a romantic relationship with her The Linda McCartney Story co-star, Gary Bakewell. The duo was engaged for a short period before their official break up in 2002.

Mitchell served as the hairdresser for Angelina Jolie in 1998 for the film, Gia. Often she faced criticism regarding her plastic surgery rumors.

Though she hasn't passed any comments to this topic, people has recognized the difference on her nose and skin. However, the truth is still under review. 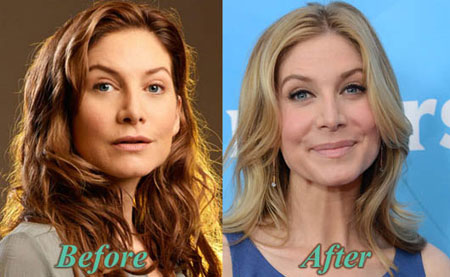 Chris Soldevilla is an American actor. He is best known for his relationship with Elizabeth Mitchell. The duo shared a son.

Christopher Soldevilla is the only child of Elizabeth Mitchel. He was born on 2005 and lived with his mother.