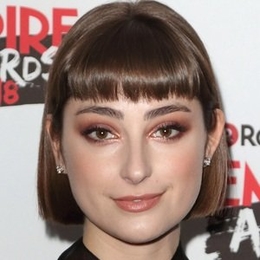 British tv actress had her first break out role in the BBC's popular tv show, Poldark where she portrayed Morwenna Chynoweth. 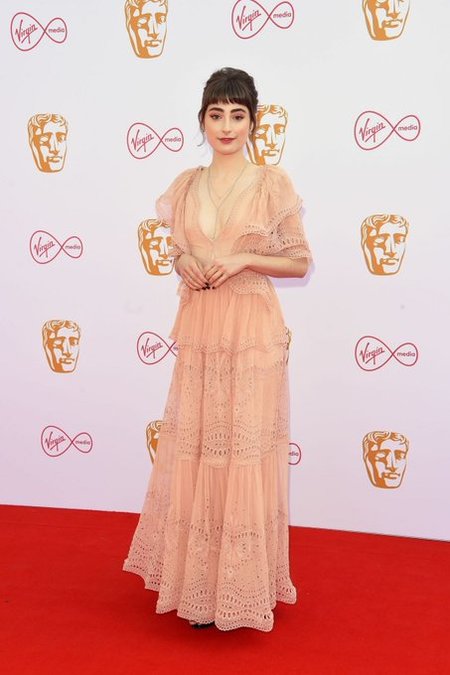 The actress who is currently based in North London where she enjoys the greenery might have in the industry for a short time, but with her acting skills that snatched the attention of many filmmakers and people in Britain, she has already proved she will be here for a long time.

Whilst Ellise is going places with her career, can you tell what's the deal with her personal life? Does the actress share any special person in her life?

In Love With A Photographer

Sorry to break it to all the male fans of Ellise Chappell, but your favorite actress is lucky in love with her boyfriend, Yuan who she describes being very understanding and supportive of her work. 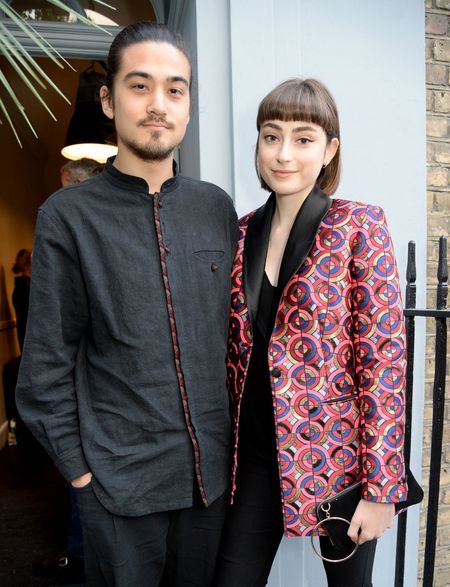 Ellise Chappell estimated to be pictured with her half-Chinese boyfriend, Yuan. SOURCE: HawtCelebs

Chappell's boyfriend who is half Chinese is an editor and a photographer by profession who works at a fashion studio. And, with having to work at sets himself most of the time, Yuan acknowledges the nature of the actress's job.

Ellise who calls herself a complete romantic, however, keeps her love life away from the public eye.

Career Background and Net Worth Details of Chapell

Ellise was raised by a mother who was already an artist and a father who owned a creative agency. The influence of her parents must be what motivated her to be great as an artist since her early days. Matter of fact, she would participate in plays and drama too since she was young.

Speaking of which, she landed on her first play role on a speaking Candlestick Number One for Beauty and the Beast. Additionally, Chappell even took acting classes at the Actors Classes before she changed her mind and left the University of Sheffield where she studied English Literature. 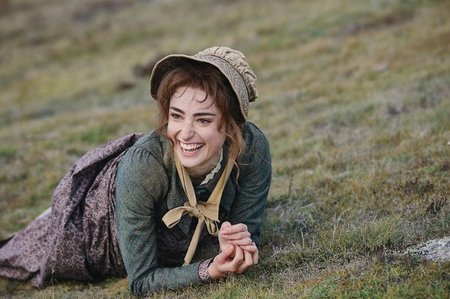 Ellise Chappell in the disguise of Morwenna Chynoweth for Poldark. SOURCE: Pinterest

Not to mention, Chappell also enhanced her acting skills from the prestigious National Youth Theatre where the fellow actress Fola Evans-Akingbola studied acting too. In 2014, Ellise graduated from Exeter University with a degree in drama with honor.

The $149 million-grossing Yesterday film actress landed on the parts to play for Wuthering Heights, The Merchant of Venice and Evan Placey's Consensual during her time in NYT.

Before she won the role of Morwenna on Poldark, the actress who is inspired by Shakespeare, worked as a Barista in North London with being credited to only two tv-series with minor roles in New Blood and The Last DragonSlayer. Matter of fact, she was looking for a new job at her old working restaurant when her agent told her she got the part on Poldark.

Fans can see Chappell who bags a net worth of no less than $100,000 on the Rachel New created six episodes new tv series, Miss Scarlet and the Duke.

Quick Facts A Fan Of Ellise Chappell Must Know