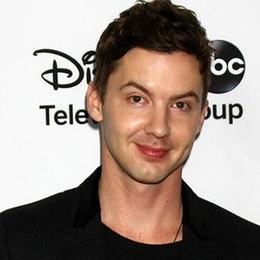 It is quite challenging for everyone to handle personal as well as professional life at the same time. However, some personalities are successfully maintaining their career and family at the same time by overcoming all difficulties. Among them, Stalker cast, Erik Stocklin, is the one. He is an American actor who appeared on the Netflix original series Haters Back Off as Patrick Mooney.

Left The Fans In Shock By Marrying Secretly

An American actor Erik Stocklin is enjoying a happy married life with his girlfriend-turned wife, Colleen Ballinger. Stocklin met his future wife, Colleen, on the set of Netflix series Haters Back Off! Initially, they were just friends; however, their friendship later turned to a romantic relationship. 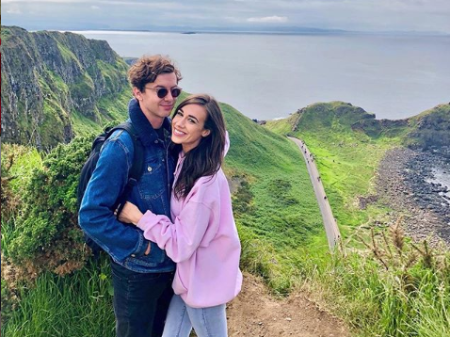 On the series, Stocklin portrayed the character of Patrick, the neighbor, and eventual love interest of Ballinger, who played the YouTube character of Miranda. Their romance began shortly after the show was canceled. The two officially began dating in early 2018.

Colleen announced the new of their relationship via Instagram. Furthermore, she also talked about her dating life with Stocklin on a YouTube video. She said;

“It really was just a friendship story that turned into more. And we’re very much in love and very much the happiest people ever.”

Prior to dating Erik, Colleen was married to her fellow YouTuber Joshua David Evans. The duo exchanged the vows on 2nd July 2015; however, they failed to continue their relationship and sadly parted their ways shortly after a year of their wedlock in 2016. 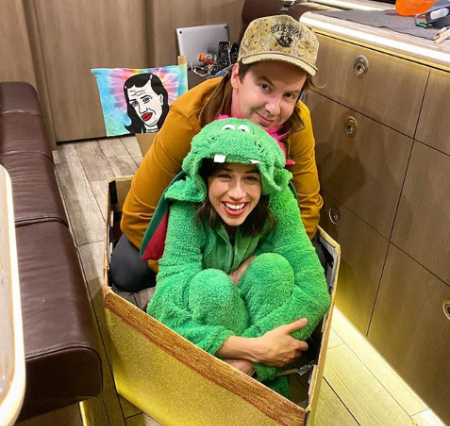 Stocklin and his partner were open about their affair, and they often used to spend time together. Similarly, the two appeared together on public, shows, as well as on Colleen's YouTube videos.

After dating for a few months, the pair decided to take their relationship to the next step and engaged in June 2018. Nevertheless, they kept the news of their engagement onto themselves.

Moreover, Stocklin and his fiance exchanged the vows shortly after a few months of their engagement, but this time as well, they kept the news a secret. Nevertheless, the YouTuber Ballinger couldn't hide the fact anymore. So she revealed all details via YouTube video titled '2018 was hard', which she shared on 29th December 2018. 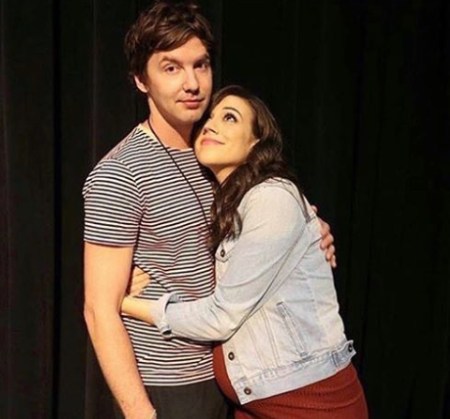 On the video she said;

‘Yeah, we got married. Whoops, forgot to tell you that one!’

After Colleen disclosed the news about their marriage, most of their fans congratulated them. While some people even criticized for what they did.

Shares A Son With His Wife

The Vampire Diaries star and his beloved spouse Colleen Ballinger are blessed with a son from their conjugal relationship. They announced the news of pregnancy via respective social accounts. Ballinger, as well as Colleen, frequently shared pictures of them together, showing off the baby bump. 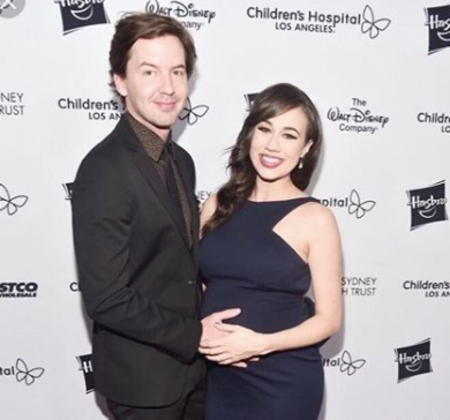 Similarly, they also often attended several shows and events together during Colleen's pregnancy. Ballinger was already pregnant when she got married to her partner Erik. On 10th December 2018, the pair welcomed their baby, son Flynn Timothy Stocklin. 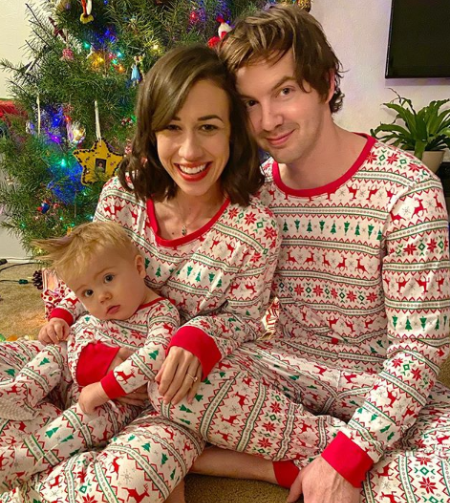 Erik Stocklin with his wife and son SOURCE: Instagram (@colleen)

Stocklin and his wife are successfully fulfilling the duty of parents. Despite being busy with their career, the two always manages time to spend with their child. Furthermore, Flynn is often seen on the pictures shared by his parents on their respective social accounts.

Erik Stocklin is one of the prominent actors in the Hollywood industry. He has appeared in several hit movies and TV series like The Vampire Diaries, Stalker, Haters Back Off, etc. For his portrayal, Stocklin probably received a good payroll.

An actor, on average, receives an annual salary of around $56,662. Making a fruitful income from his thriving acting career, Stocklin holds an overall net worth of $550,000 as of 2019.

On the other hand, his spouse Colleen Ballinger earns a hefty amount of money from her multiple professions as a YouTuber, actress, producer, and so on. Her net worth is $8 Million as of 2019.

An American actor Erik Stocklin tied the knot with his longterm girlfriend Colleen Ballinger, a YouTuber in 2018.

Flynn Timothy Stocklin is the son of an American actor Erik Stocklin and his wife Colleen Ballinger, a YouTuber.