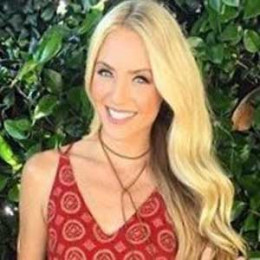 The number one fashion blogger, Savannah Soutas is gorgeous and admirable. From a very small age, she began her career in photography and fashion. Savannah along with her adorable daughter grabbed millions of hearts and gained lots of fame at the very early age. Savannah now is the residence of Orange Country where she lived with her daughter boyfriend, Cole LeBrand. She got engaged to Cole in 2017.

Savannah Soutas was born on 2nd March 1993 in California, USA as Savannah Rose Soutas. She is the citizen of United States and belongs to white ethnicity. Pisces is her zodiac sign.

At the very early age of two, she started dancing. Savannah had to take a break from her education as she was due for delivery at a young age of 19. But she hasn't revealed who the father is.

After having her daughter, Soutas then joined University for her Bachelor's degree. She was very dedicated to studies and wanted to be a teacher.

Savannah started her career in photography at an early age. She also gets popularity from music video sharing app Music.ly. She along with her daughter featured photos and videos on media pages attracting millions of heart. Soutas is now one of the famous blogger and stars of musical.ly.

She is a professional photographer turned into a fashion blogger too. Both the mother and daughter are famous among millions of people  Savannah's YouTube channel has more than 17 million subscribers, along with more than 1.6 million followers on Instagram and 75.7k followers on Twitter. 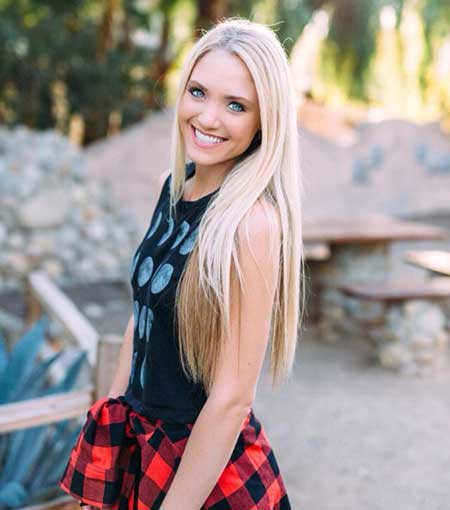 Her daughter, Everleigh also has millions of followers on Instagram at an early age. Everleigh started modeling from the surprising age of 8 months. She featured for several famous modeling campaigns including Kardashian kids.

In 2016, Savannah started dating an actor, Cole LeBrant. Cole is also a social media sensation, began to earn fame after posting videos on the video sharing sites, Vines. He was also a former member of the popular Vine group, Dem White Boys. Savannah and Cole got engaged in January 2017.

The couple tied the knot in July 2017. The lovely couple is expecting their first child together. Her regular Instagram posts with her adorable daughter and loving husband clarify that all of them are so desperate to welcome their first baby.

Have so much to be thankful for. I love my little family so much Happy Thanksgiving!

Savannah has a daughter, Everleigh from her previous relationship. In July 2016 via her Instagram post, Savannah explained her relationship with her daughter and partner, Cole.

Soutas revealed she was just 19 when she knew about her pregnancy. Even she said, she never engaged, never married and never live together with her daughter's father. Savannah briefly mentions she didn't leave her ex-partner for Cole, but the things didn't work out, and they had to split apart.

Her Instagram account is also filled with cute PDA of her family. Recently, Savannah is living a blissful life with her daughter and fiance.

On December 28th God blessed us with this little 6 lb 13 oz perfect & healthy little baby girl. We are all so crazy in love with her. 2019 is going to be the best year yet

The pair welcomed their second baby on 28 December 2018. Savannah shared her happiness and posted the image of her baby girl for the first time via Instagram and mentioned that 2019 is going to be the best year for her.

The family of four is living a perfect family life together.

Savannah has an estimated net worth of $450,000. She has millions of followers and subscribers on social media like Instagram and Twitter. Her source of income is the channels, the videos, and pictures.

She is also involved in various brands including- Taudry.com. She is very interactive with her fans and enjoys meeting them too.

Savannah has a beautiful daughter named, Everleigh Soutas who was born on December 14, 2012.when Savannah was in high school. She was 19 when she had her daughter.However, she has not revealed the father of the child yet.