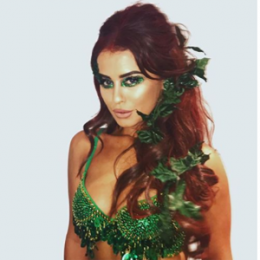 British Instagram sensation, Francesca Toole grabbed the public attention after she announced her relationship with Geordie star, Scotty Timlin. She stayed in fame even after breaking up with Timlin, because of her glamorous pictures on her social media. Toole is currently dating a new guy, and Scotty Timlin has moved on as well.

Francesca Toole was born on 16th September 1994 in England under the birth sign Virgo. She is British as per nationality and is of Caucasian ethnicity. Her parents raised her with her sister, Amanda. She studied marketing and fashion designing in college.

As of now, Toole has a new Instagram account under the name, francescatoole1 where she posts several glamorous and beautiful pictures. Her account has nearly 30k followers as of December 2017.

Toole rose to fame and grabbed public attention after publically announcing her relationship with her former boyfriend, Scotty T.

Francesca Toole was in a relationship with the Geordie Shore star, Scott Timlin. Timlin appeared in the show with Gaz Beadle, Charlotte Crosby, Vicky Pattison, Holly Hagan and Elettra Miura Lamborghini among others.

In 2016, Toole dumped him after she caught him visiting a hotel with Katie Price. Talking about his on-off relationship with Toole, Timlin said:

‘’ With Francesca it was like “let’s go out and into town”, she was rowdy and she was trying to act like me but I don’t need that. I need someone who is the opposite of me. I need someone to bring me down a bit.’’

In February 2017, the ex-couple encountered each other for the first time after their break up outside a club. At the time, Timlin was in a relationship with her new girl named, Abbie Holborn.

Toole has posted several pictures with a guy named, Macaulay Pearson who is quite possibly her new boyfriend. From her social media activities, it seems like they spend a lot of time and enjoy each other's company.