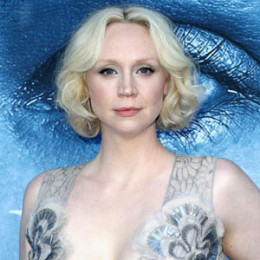 Game of Thrones fame star, Gwendoline Christie is better known for her reel role, warrior Brienne of Tarth. She also played the role of Commander Lyme in The Hunger Games: Mockingjay - Part 2 and as Captain Phasma in Star Wars: The Force Awakens. Currently, residing in London, Christie is in a romantic relationship with a designer, Giles Deacon.

Born to a housewife mother and father who worked in sales and marketing, Christie was raised in a hamlet near the South Downs. She was interested in gymnastics but after her spine injury, she was forced to abandon that career and took up acting. She graduated from Drama Center London in 2005.

Gwendoline Christie under the guidance of actor and author, Simon Callow, enrolled in theater classes. As a theater actress, she performed in Shakespeare's Cymbeline,  Breakfast at Tiffany's, and Doctor Faustus.

In 2007, Christie made her onscreen debut with The Time Surgeon. She played supporting roles in Terry Gilliam's (2009), The Imaginarium of Doctor Parnassus (2013), The Zero Theorem, Seven Ages of Britain, and Wizards vs Aliens among others.

Christie stands 6 ft 3 inches tall and because of her great height photographer Polly Borland made her the subject of a noted series of photographs, Bunny, between 2002 and 2008. Later, she said, the shooting helped her come to terms with her body, and challenge notions of femininity.

She rose to fame after she signed for HBO's Game of Thrones for the character of "Brienne of Tarth" in season 2. Her breakthrough performance won million of hearts and provided her new identity in the entertainment field. Christie said she draws her own experiences of being bullied for her height and androgynous looks to play the role of Brienne. Even she wore unisex clothes and gained weight to prepare for auditions.

In the series, Christie shared the screen with Nikolaj Coster-Waldau, Kit Harrington, Emily Clarke, Peter Dinklage, Sophie Turner, Massie Williams, Lena Heady and other. As per George R.R Martin, co-writer, and producer of GOT, she got the role without debate after outstanding auditions where she appeared already made up and costumed as her character. Christie learned horsemanship, sword-fighting, and stage fighting after selection for the series.

In April 2012, Christie appeared in the 2nd episode of Game of Thrones-3, received critical acclamation for her work. Even Nina Shen Rastogi praised her performance "eloquent and economical physical performance." She earned the nomination for Saturn Award 2013 for Best Supporting Actress.

In June 2015, Christie joined the star cast of Swallows and Amazons as "Mrs. Blackett," but she later dropped the show. In 2018, she is all set with her two new ventures, The Darkest Minds as "Lady Jane" and The Women of Marwen as "Anna."

Gwendoline Christie has an estimated net worth of $3 million as per some online sources, but no confirmation has come about it. As of 2017, she earned $500,000 from Game of Thrones franchise. The latest installment of GOT season 6 budget was over $10 million per episode and over $100 million for the entire season. IMDb rated the series by 9.5 stars out of the 10.

Christie fellow actors from GOT earned impressive sum from series, the lead cast like Kit Harrington, Emilia Clarke, and Peter Dinklage earned $£390,000 per episode in 2017. They are known as one of the highest paid TV stars.

Gwendoline Christie is in a romantic relationship with her longtime designer boyfriend, Giles Deacon. The duo is together since 2012, but they made their relationship public only in early 2013. Her boyfriend has impressive royal connections, and he designed the wedding dress of Pippa Middleton's. He even contributed to the dress designing of Star Wars.

The couple is often seen together at public events like "The Elle Style Awards" and "British Fashion Awards" as well as premiers and parties of Game of Thrones. In 2016, Deacon took his girlfriend as inspiration for his first couture collection, he said,

"She's a fantastic muse, she's a character herself, and her trail of various characters is brilliant — she's pretty transformative, which is always an interesting thing from a designer's point of view."

Once there was a rumor of Christie being a lesbian but with her love affair with Giles Deacon shut all the rumors and gossip.