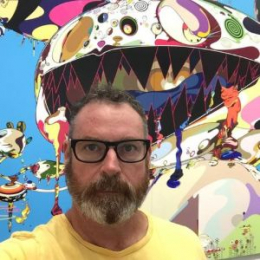 Harry Hannigan is married to the American-Japanese actress Suzy Nakamura. The duo got married in a private ceremony in the presence of their close friends and family. 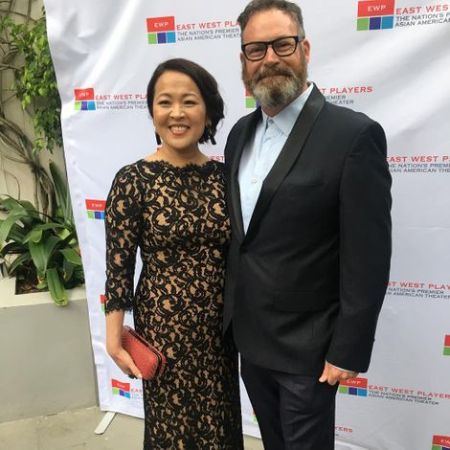 Writer and Producer Harry Hannigan with his wife Suzy Nakamura.

The couple is together from nearly a decade and shares a strong bond, though when did the adorable couple officially started dating is still a mystery. What's more, the pair is spotted in many places together.

Here take a look at them enjoying scooter ride in Vintage Enoteca!

Harry is happily married to the love of his life Suzy, and the relationship between them seems fluid as there is no sign of divorce between them. Additionally, Harry is an animal lover and owns a pet cat named Momo.

Harry Hannigan's Net Worth; Know about is Earnings, Salary

Further, actors like Jim Belushi, Courtney Thorne-Smith, and Kimberly Williams-Paisley starred in the series. Besides, he also worked in the 2003 film named The Real Old Testament.

Just hanging in front of a wall of Krispy Kremes at Alison Freer’s book party. #TheAccessoryHandbook

Hannigan's wife, on the other hand, is also a popular actress who holds a net worth of $2 million. She is best known for her works in the television series like Half and Half, 8 Simple Rules, and How I Met Your Mother. Until now, she has worked with some of the big names of Hollywood like Ellen Pompeo, Katherine Heigl, and Justin Chambers.

Harry Hannigan is a private person in terms of his personal life and doesn't share much about his early life in front of the media. As for his wife, Suzy was born in Chicago, Illinois, the United States.

Be sure to check out Marriedwiki.com/wiki for more celebrity news, biographies, and entertainment.

Harry Hannigan is married to the American-Japanese actress Suzy Nakamura. The duo shared the wedding in a private ceremony in the presence of their close friends and family.