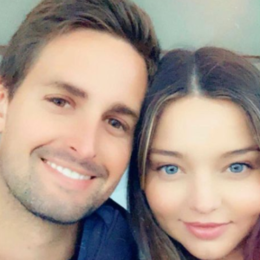 Hart Spiegel is the world-famous celebrity kid born to Snapchat founder Evan Spiegel and Australian model Miranda Kerr. And, the little Hart has already lived in the hearts of millions.

Hart Speigel was born as the first child of Evan Spiegel and but second to supermodel Miranda Kerr. The baby boy arrived at 11.53 pm at Cedars-Sinai Medical Center in Los Angeles. Further, when it comes to identity, he was named after Evan's grandfather. 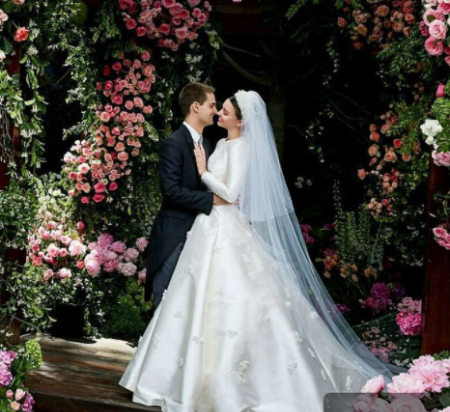 Not to mention, Kerr already became a mother to eight-year-old son Flynn Bloom in January 2011 during her marriage to ex-husband Orlando Bloom. And, following Kerr's relationship with the Snapchat CEO Spiegel and July 2016 engagement, they wed in May.

Miranda and her husband, Evan Spiegel, welcomed a second child together, a son named Myles. The newborn baby is a younger brother to Flynn and Hart Spiegel. Presently, the Snapchat founder is playing the father figure role to Flynn.

Kerr, seven years older than Evan, met the billionaire for the first time when he was 26 years old. At the time, the lovebirds were seated next to each other at a Luis Vuitton dinner in 2014. At first sight, Miranda found Evan really cute, but he's way too young to take anything seriously romantically.

However, it didn't take long for that concept to change, with the couple soon falling head over heels in romance. After being officially being confirmed to be dating in January 2016, the two engaged in February. Later, the two tied the knot in an intimate ceremony in the backyard of their Los Angeles home in May 2017.  Kerr wore a custom-designed Dior dress inspired by actress Grace Kelly.

To be with Miranda Kerr, Evan Spiegel had to love her kid from ex-partner as well. So, before getting married to Miranda, Evan purchased a car seat for her 5-year-old son Flynn Christopher to prove he was serious like any other billionaire. It definitely showed his dedication to their relationship.

Hart Spiegel already gained huge fame for taking birth in a wealthy and celebrated family. His dad Evan Spiegel made billion as an American Internet entrepreneur who founded Snapchat, an image messaging multimedia mobile application. He serves as the CEO of Snapchat Inc. Today, and he has a net worth of $2.1 billion at age 29. 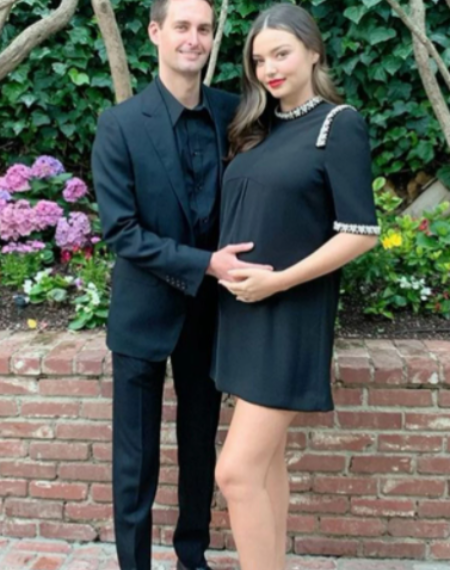 Spiegel's mother, Miranda Kerr, has summoned a net worth of $60 million earned from decade long career as an Australian model. She rose to fame as one of the Victoria's Secret Angels. Kerr worked on runways for dozens of international brands such as Baby Phat, Levi's Betsey Johnson, Neiman Marcus, Roberto Cavalli, and L.A.M.B.

The blonde beauty owns a skincare line titled Kora Organics, which she launched in 2019. Right after the engagement at their Brentwood mansion in Southern California, the duo bought a luxurious mansion for a whopping $12 million.