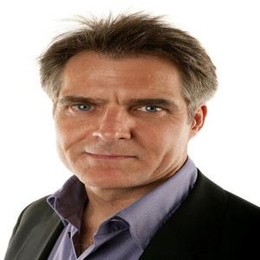 The seasoned actor Henry Czerny made a niche for himself in Hollywood after working in the industry for over three decades. The actor who is famous for playing villainous roles is again in the spotlight for the comedy-horror movie "Ready or Not".

Henry Czerny is a private person and do not talk about his personal life in the public. He is primarily private about his romantic relationships.

Henry is a happily married man. He tied the knot with his then girlfriend-now wife Claudine Cassidy in 2001. 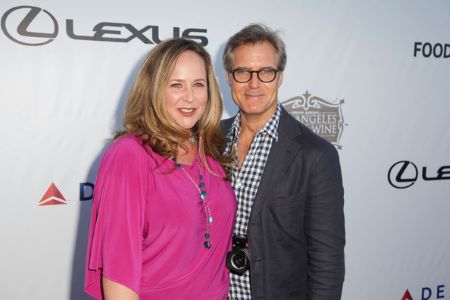 Henry Czerny with his wife Claudine at an event. SOURCE: Zimbio

The couple has kept a low profile from day one. Henry and his wife are not active on social media, so the fans rarely get the glimpse of their marriage life. The only time, the public see the adorable couple together is when Claudine joins her husband on events. They are now together for eighteen years, and there are no signs of separation as well.

Henry and his wife Claudine are parents to a son named Cameron Czerny. His son studied at Cameron's California elementary school where once Czerny volunteered as a crossing guard. Besides that, Cameron other information is yet to unveiled. Further, he is also not seen in any events with his father.

The 60-years old actor once dated actress and activist Dana Delany. As per some online portals, they first met during the shooting of one of their films in 1993. More to that, they rumored to engage in 1995. 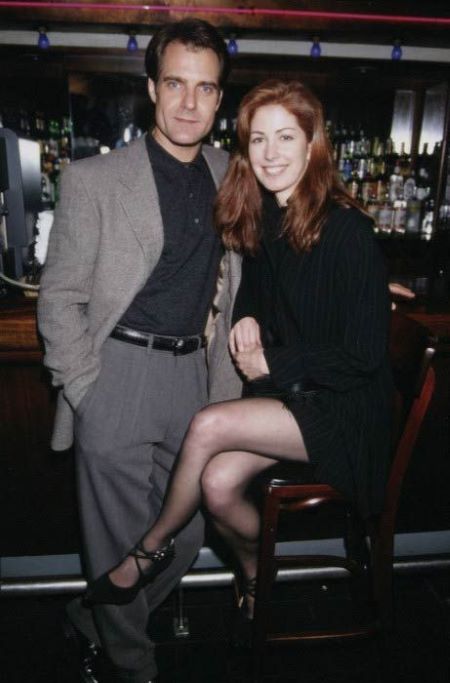 The couple, however, ended their 4 years relationship on a sad note in 1997. Later, Henry moved on and found his life partner in Claudine but Dana is yet to find her soulmate and is still unmarried.

Henry loves to do photography, travel, crafting, and carpentry in his free time. He is moreover very passionate about wood carving as he finds it very therapeutic. He stated following about wood craving:

"As with acting, woodworking offers you to go as far down the rabbit hole of how precise you can be and how intimate you can be with the project. It sounds really weird, but as I’m making something for someone, I’m thinking about that person. I’m also thinking about what the wood is doing and saying, how to work it, what it’s resisting, what it seems to like".

Henry is continuously building something. He recently built his office, and he even made little jewelry boxes for friends and family.

Henry Czerny is a trained actor who is working as an actor for over three decades. He accumulated a considerable net-worth from his profession. 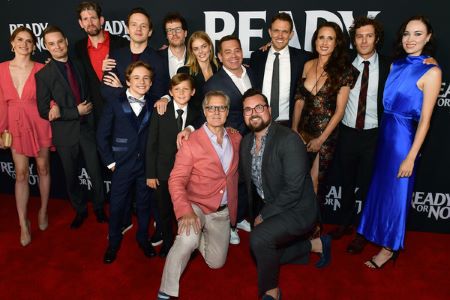 Henry Czerny with his fellow cast members attending the screening of their movie Ready or Not. SOURCE: Zimbio

Czerny 's total net-worth is $6 million. He earned a significant portion of his wealth from working in movies and television. He has worked in both Canadian cinemas and Hollywood as well. Furthermore, he has gained both critical and commercial success as well. He is part of many blockbusters, some of which are listed in the table below:

The veteran actor is gaining a lot of attention at present for his role of menacing father-in-law Tony Le Domas in horror-comedy "Ready or Not". The film also stars actors such as Samara Weaving, Adam Brody, and Mark O'Brien.

Henry has a long resume in the television industry as well. He first got recognition through controversial TV series "The Boys of St. Vincent". After this show, he went on to play a significant part in many highly rated shows such as "The Tudors", "Revenge", "Quantico" and "Sharp Objects". On average, the base salary of a TV actor is $35,000 per episode.

See the video, below where he is talking about his character of 'Conrad Grayson' in Tv series 'Revenge'.

Henry, who is a graduate of National Theatre School in Montreal, Canada, worked extensively in theatre.  He performed in many musical theatres across Canada. The average actor salary in Canada is $27,300 per year or $14 per hour. 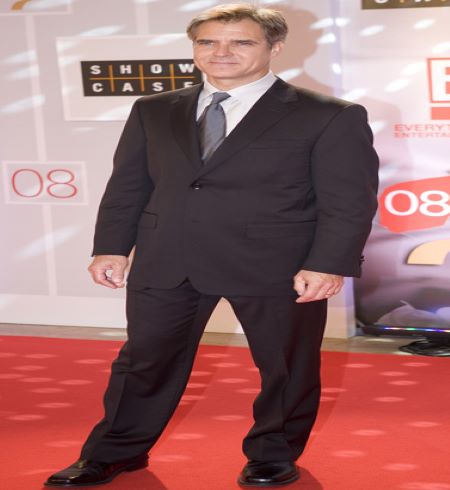 Claudine Cassidy and Henry Czerny are married for over 18 years. The bond between them is only getting stronger.

Cameron Czerny is the only child of veteran actor Henry Czerny. Cameron likes to stay away from the limelight.