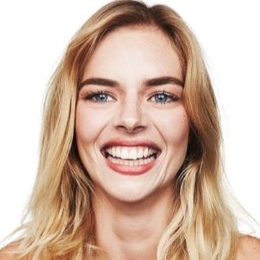 Samara Weaving is making waves in Hollywood with her versatile acting. She made a splash in a short time through sucessful movies. She is currently in spotlight because of her movie "Ready Or Not".

Samara Weaving is a rising name in Hollywood with sucessful movies under her cap. So, it is natural to be curious about other aspects of her life, including her personal life. Is the blonde beauty taken or still single?

The young actress Samara Weaving is engaged to her long term boyfriend, Jimmy Warden since 10 March 2019. Her husband to be works as a creative at Hollywood production company Wonderland Sound and Vision. The young starlet shared the happy news to the world by her Instagram. 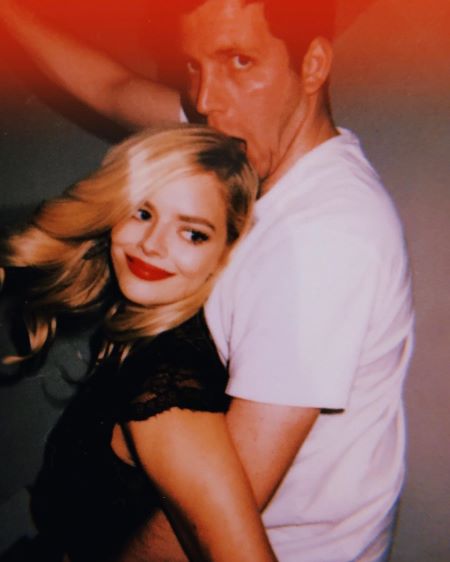 With the picture, She wrote:

"So here goes! Jimbo and I are engaged!! Let’s party my loved ones!! P.S you know you’re loved when you can eat a ham and cheese toastie in bed and your fiancé says that’s beautiful."

After the actress broke the engagement news, many of her co-stars rushed to congratulate her. Stars such as Emily Symons, Sarah Hyland, and Teresa Palmer wished her.

Samara also shared her unusual engagement ring as well. The ring was unique with a blue sapphire instead of a diamond. 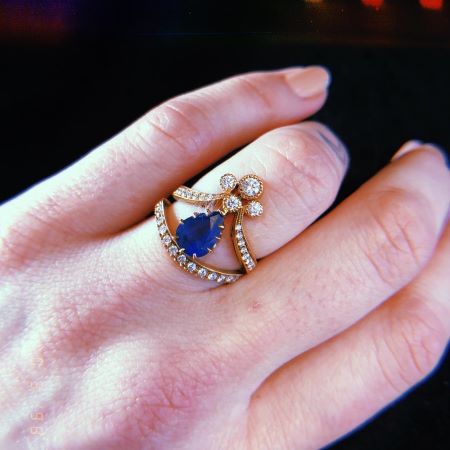 The couple moreover is private when it comes to their dating life. However, it is speculated that they started dating from 2016.

The "Home and Away" actress was in a relationship with her fellow co-star Axle Whitehead for a short period in 2012. They dated for a few months but unfortunately, separated in amicable terms, and Whitehead considers her as a great, great friend. He talked about their split to Australia's Daily Telegraph and stated:

"Samara and I have a great amount of respect for each other, and I think we'll always be very close,"

After separating from Axle, the young heartthrob was in a relationship with Croydon-based barman Matt Skinner. They met at a Channel Five promo event in London in late 2012. They dated for a short time and got separated in 2013.

Samara further was also in a relationship with British model Rob Moore in 2014. They were introduced to one another by a mutual friend in a party in 2013. The relationship between the was looking strong as Rob stayed in Australia to spend more time with her. Furthermore, they even spent a holiday in Spain.

When it comes to Weaving's family, her father is writer-director Simon Weaving and mother is Helena Bezzina. Her father, Simon, is the older brother of "Matrix" famed actor Hugo Weaving and singer Anna Weaving. So, Samara is cousins to Harry Weaving and Holly Weaving, the children of Hugo with partner Katrina Greenwood. Further, she worked together with uncle Hugo Weaving in the movie "Mystery Road."

The actress has a younger sister Morgan Weaving who is two years junior to her. She is also an actress and worked in TV series "Puberty Blues" and "Home and Away."

The star became the victim of photo hoax in 2016. Once a Facebook user named Greg McCurdy posted her photo with a bruised and bloody face. He claimed in the post that she was a Donald Trump Supporter who was attacked by the opponents. 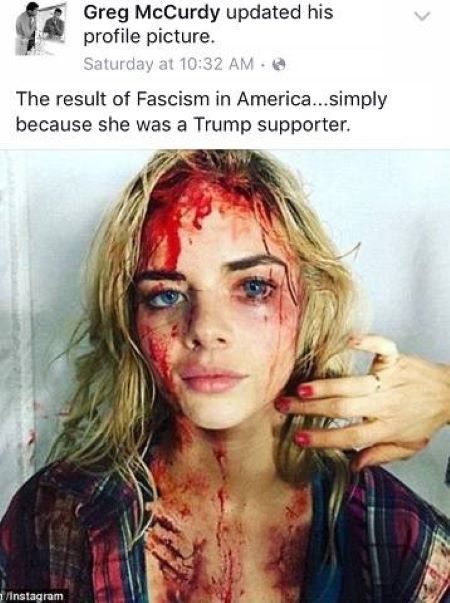 In reality, the photo was from her television series "Ash vs. Evil Dead," where she had put makeup of a bruised face. However, many Donald Trump supporters believed that claim and shared the picture.

The photo moreover was in total shared for Thirty-thousand times, including conservative outlet Conservative Nation. When she found out about the picture, she was irritated by it and asked the outlet to get rid of it.

I'm not American. I can't vote in your country. This is so stupid. LOLCANO @Cons_Nation get rid of this please! https://t.co/he1LPHSoqg

H co-star Bruce Campbell similarly also spoke against the false claim and asked the all the outlet to check their facts.

Check your facts, folks. This is an actress named Samara Weaving from #AshVsEvilDead. This is a make-up test. Sad. https://t.co/JAAM8VWry6

Though the claim was refuted, the conservative outlet and the original poster Greg did not remove the post.

Samara was in the first and second season of Showtime show "SMILF." However, she left the show after the second season as he said she felt uncomfortable with co-star and creator Frankie Shaw.

The actress especially felt discomfort when she performed a nude sex scene on the show. She even claimed that Shaw pressured her to do the sex scene in spite of having a no-nudity clause in her contract.

The investigation was done after her allegation; however, no wrongdoings were found on Frankie's part. Though Frankie Shaw came clean on that accusation, however, her staffers complained about separation in the writers’ room, as well as improper crediting and compensation. So, Frankie's contract was dismissed and season three of "SMILF" was canceled.

The Young starlet is active on both Instagram and Twitter. She regularly posts her professional and personal pictures on the site.

Weaving is also open to sharing pictures of her parents and sibling on the site and even shares photos of her childhood as well.

Samara Weaving is an Australian actress and model. She accumulated a considerable net-worth from her profession.

Weaving's overall net worth is $3 million. She made a large portion of her wealth from her acting career. She started her career from her native country Australia and worked in soap opera "Out of the Blue" and "Home and Away." On average, an actor in Australia earns $34.23 per hour.

This gang is the BEST

Notably, Samara's role of Indigo"Indi" Walker in the show "Home and Away" helped her made a household name. She, left the show in 2013 to pursue other opportunities.

In 2016, she was cast in the action-comedy movie "Monster Trucks" alongside veteran actors such as Rob Lowe and Danny Glover.

After this movie, the actress became part of many films such as "Mayhem" and "The Babysitter." However, the biggest movie up to date for her is Academy Award-nominated "Three Billboards Outside Ebbing, Missouri." The film which features actors Frances McDormand and Woody Harrelson earned $159.2 million against the budget of $12-$15 million.

Check the interview of Samara Weaving at her Film 'Mayhem' Premiere.

Samara also worked in television as well and was part of TV shows "SMILF" and "Picnic at Hanging Rock." At present, she is gaining a lot of attention for her role of Grace in the comedy-horror drama "Ready or Not." The movie stars actors such as Mark O'Brien and Henry Czerny. The film released on August 21, 2019, already earned $10.6 million against the budget of $6 million.

The star will be next seen in the movie "Guns Akimbo" with Harry Potter famed actor Daniel Radcliffe. Moreover, she has many projects from which we can see a rise in her fortune.

Samara Weaving as a Model

The blonde beauty with piercing blue eyes is a sucessful model who practices Yoga to keep fit. She has been modeling for Australian underwear brand Bonds since 2012 and currently is a Louis Vuitton brand ambassador. The average Model salary in Australia is $96,000 per year or $49.23 per hour. However, more experienced models can earn up to $163,200 per year. 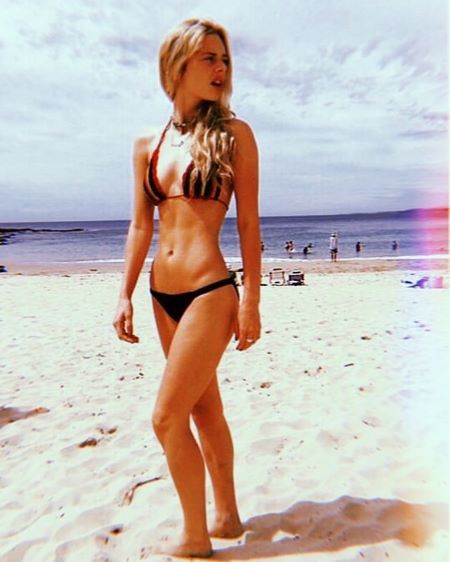 Samara Weaving is showing off her sculpted body.