American businessman, Irwin L. Jacobs was a famous business personality who served for many high founded companies like Genmar Holdings, Grain Belt and Watkins Incorporated. The business tycoon was ranked at number 1818 in the list of the Billionaires of 2019 and at 353 at the Forbes top 400 list.

Personal Life of Irwin L. Jacobs; Know about his Relationships

Irwin L. Jacobs was married to the American artist Alexander Jacobs. The duo used to share a good bond and stayed together in a marital relationship for around six decades. 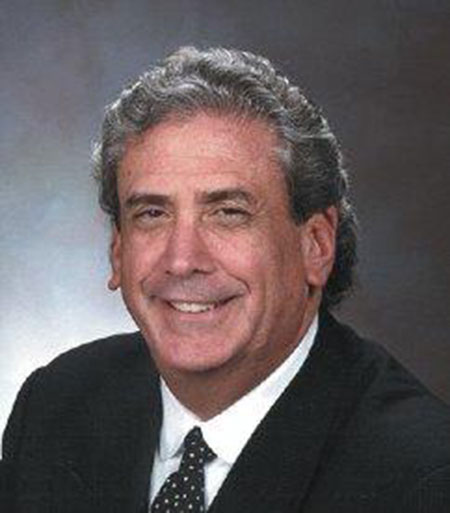 Popular businessman Irwin L. Jacobs with his wife and his children.
SOURCE: Pilotonline

The business star was out of rumors regarding his dating life as he was happily living with his love of life. The pair was spotted together in many places and there was no sign of divorce between them.

Death of Irwin L. Jacobs! How did he die?

Irwin L. Jacobs and his wife were found dead in their multimillion mansion. The couple's bodies were discovered in their bedroom alongside with a handgun in the bed.

The officer of Orono Police, Correy Farniok confirmed their deaths and stated that Jacobs shot and killed his wife and killed himself. In addition, his wife was wheelchaired for one year and was suffering from dementia.

"Officers with the Orono Police Department made entry into the home. Upon entering, we found two individuals deceased — one adult male, one adult female — they were both inside the house and a gun was recovered."

Jacobs company, Jacobs Management Corp released a statement on behalf of his kids and confirmed the death of the couple.

"Our family is shocked and devastated by the death of our parents, Irwin and Alexandra Jacobs. We are heartbroken by this loss, and we ask that our privacy be respected as we grieve during this very difficult time."

While police were still unable to reveal details about the incident, one of Irwin's longtime business partners said The Star Tribune that he first killed his wife before killing himself. Furthermore, he reported that he was so devastated to see his wife on a wheelchair for a year and was totally broken from inside as she was suffering from dementia.

Irwin L.Jacobs shot Alexandra Jacob, his wife of 57 years and killed himself on April 10, 2020 after making much profit in business. The Hennepin County medical examiner confirmed Friday, Irwin first shot and murdered his spouse and then turned the gun on himself.

Irwin died of multiple gunshot wounds, and the manner of her demise was described as homicide. Their bodies were found April 11 in their Lake Minnetonka mansion. At the time, they were both 77.Followed by the death, Jacobs children addressed the whole family is shocked and devastated by the death of Irwin and Alexandra.

They are heartbroken by the loss, so they asked that the privacy will be respected as they grieve amid this difficult time. The Jacobs bodies were discovered at about 8:30 am in their Orono hime.News had it, both husband and wife were fighting degenerative health conditions didnn;t make the tragedy any easier to understand and threatened to undo a reputation as one of the most successful businessman of his era.

What is the Net Worth of Irwin L. Jacobs?

Irwin L. Jacobs used to hold an estimated net worth of $1.3 billion. He was able to grab that fortune working in various business projects. He is originally known for his organizations which are related to the boat transaction.

Jacobs started his career collaborating with his father at his family business named the Northwestern Bag Company. Then, he slowly started working in various business projects and formed a group with fellow investors for working in the boat-building company.

The company was named the bankrupt Larson Industries which he and his team-mates bought at the prize of $300 million. They named the company as Genmar after buying it and opened it for the public for the stock with low margins in 1999, starting with $130 million. Besides, the company grossed the negative net worth of $2.6 million.

At the age of 33, the business sensation purchased a brand of a beer named Grain Belt in 1975 for $4.1 million with his own firm I.J Company. The brand was facing a loss of $200,000 per month before which Irwin tried to change. But after facing many complications in the business, he sold it to G. Heileman Brewing Company with a profit of $4 million. He cleared the property of the brewery after selling it for $4.85 million in 1989.

Throughout his career, he invested and purchased many companies. First, he purchased the consumer accounts receivable of W.T. Grant which was valued at $276.3 million in $44 million. Then, he owned a minority share of the American football team named Minnesota and sold it to Mike Lynn in 1991.

House of businessman Irwin L. Jacobs where he and his wife were found dead.
SOURCE: NBC news

You May Also Like: Paul Pelosi's Net Worth & Personal Life

Irwin and his wife used to live in their house on the lakefront estate for nearly 50 years. In addition, the business star decided to sell the 32 acred house at $22 million saying ''if I die I don't want my wife to live with the pain of realizing me in that house".

Irwin L. Jacobs was born on 15 July of 1941 in the United States of America under the birth sign of Cancer. He was born in a Jewish family who were living in the states from a few decades.

The business tycoon started studying at the University of Minnesota and graduated with a degree of Bachelor of Arts & Science. He studied in a number of universities and colleges including Cornell University: Doctorate, Massachusetts Institue of Technology; Master of Science.

Irwin L. Jacobs was married to the American artist Alexander Jacobs. The duo used to share a good bond and stayed together in a marital relationship for around six decades.