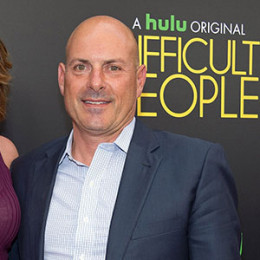 The multi-millionaire businessman Tom D’Agostino Jr came into the limelight for his ties with Real Housewives of New York star Luann de Lesseps. After divorcing Luann, he reportedly dated someone else.

Tom D’Agostino Jr was born on December 31, 1966, in the United States. His parents raised him in New York City.

As for his education, he attended the University of Denver from where he graduated with a degree in Business Management. 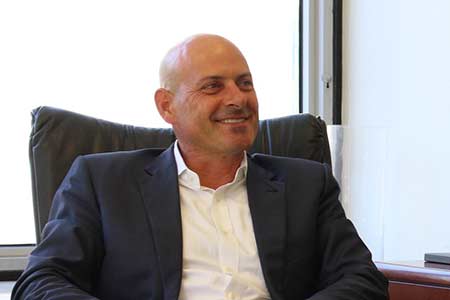 During his time at the University, he held the position of IFC President. After gaining a business degree, he started exploring the business world and founded the print outsourcing company called Workflow along with some mates. He worked as the President of Workflow since its inception.

Tom D’Agostino Jr is professionally a businessman who founded the company SmartSource, LLC in 2003. The company is known for providing integrated solutions and he also works as a CEO over there.

Furthermore, his company won the title of Top 50 Distributors of print and promotional products in the United States in 2017.

You May Also Read: Bethenny Frankel

Besides, being a busy businessman, he takes time out from his busy schedule to involve in charitable works.

He is a member of the Young President's Organization and actively takes part in the activities which are held now and then.

Tom D’Agostino Jr is a renowned businessman whose main source of earning is from his company's printing business.

His company SmartSource since his foundation managed to make a mark in the industry and till date it's the market share and revenue doubled.

According to some sources his company is worth a whopping $50 million. Being a millionaire he usually uses a jet to travel across the world since his business spreads worldwide.

Judging by the properties he owns, his net worth is around $1 million.

The leading businessman Tom D’Agostino Jr is a married man who previously tied the knot to reality star LuAnn de Lesseps on December 31, 2016. She is a renowned celebrity popular for featuring in the Television show, Real Housewives of New York (RHONY).

The couple was first introduced by their common friend & another RHONY star Dorinda Medley. Soon after knowing each other, they started dating.

Despite wanting a bachelor life surprisingly Tom D’Agostino Jr stood on one knee to propose the reality queen with an eight-carat canary yellow diamond ring in February 2016.

The wedding ceremony lasted for three days in Palm Beach, Florida and many huge celebrities witnessed their marriage.

They jetted off to the Bahamas for their honeymoon and rented a private cottage with a private golf card which they used to explore the island. For their main honeymoon, they planned to travel to Europe. 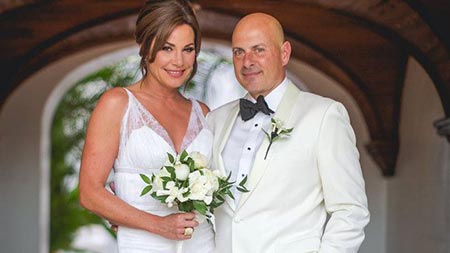 However, due to some differences, the couple parted ways even before celebrating their one year anniversary. Their divorce got registered on August 3, 2017, only seven months after their grand wedding.

LuAnn de Lesseps talked that they both care for each other a lot but since he kept ties with his ex-girlfriend, she could take no more and decided to split with him.

Currently, he is living a single life and is focused on his multi-million business.

Tom D’Agostino Jr wanted a bachelor life and before getting married he dated several women. He dated Ramona Singer in 2015 for some time.

The Casanova millionaire soon after his divorce approached his ex-wife's friend Tinsley Mortimer but she kept her distance as she wanted to be in her friend's side.

Furthermore, in 2018, he shared some friendly time with Anna Rothschild and people termed her as his girlfriend. She later denied the rumors stating he is only her friend. As of 2019, Tom and Luann remained single after their separation.

Besides, as for his social media appearance he is active on Instagram with around 1.17k followers. He loves playing golf and plays the sport intensely.

Tom D'Agostino's ex-wife Luann de Lesseps got arrested after charges of battery and disorderly intoxication was charged on her. While trying to explain her drinking problem she was ordered to remain silent.

The court assigned her to three weeks of a treatment facility and she came out from there as a brand new person full of positivity and started shooting for her show.

During this incident her ex-husband Tom reached out to her and shared a heartfelt message about how sad he is to hear about this. This goes on to show, they still respect one another despite their differences.

Tom D’Agostino Jr stands at a decent height and likes to keep himself fit. His trademark is his bald clean head and clean-shaven face.

Take a look at the details about Tom D' Agostino's first divorce!

The multi-millionaire tied the knot to reality star LuAnn de Lesseps on December 31, 2016. They divorced in August 3, 2017.