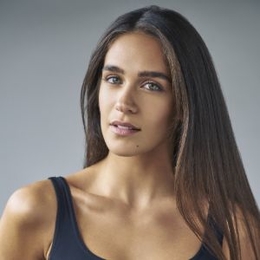 Isabel Pakzad is an American actres and producer who is popular for her work on The Deuce, and This is 25. Furthermore, she is currently working on her upcoming project Birds of Prey: And the Fantabulous Emancipation of One Harley Quinn, which will be released in 2020. Apart from her profession, Pakzad gained further fame for being the girlfriend of an actor James Franco.

Isabel Pakzad is in a relationship with James Franco. He is an American actor, filmmaker, as well as academic. The lovebirds are reportedly dating since November 2017; however, both of them have kept it a lowkey. 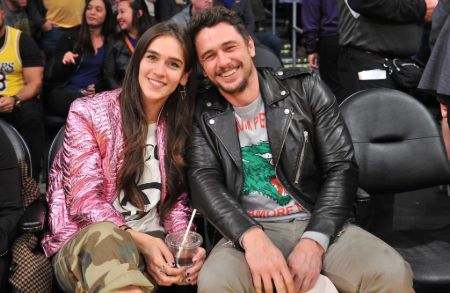 As the couple has been dating since 2017, they are yet to reveal when and how they met and began their relationship. Both of them are involved in the entertainment industry; thus, they probably met while working together.

Although the rumors of their affairs were most talked on the internet, they tried their best to keep it under the radar. Truth can never be hidden; just like that, the couple also couldn't hide their affair from the public anymore. 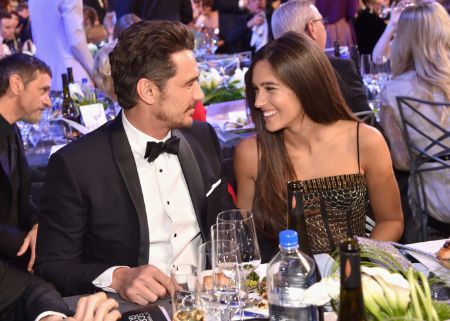 Isabel Pakzad and her boyfriend James Franco at the 2018 SAG Awards SOURCE: Instyle

James made his relationship official in an interview with Everything Standard Magazine. Ever since then, the two make frequent public appearances. Further, they also attended events like the 2018 SAG Awards and IndieWires Honors.

Similarly, they made their Red Carpet debut at the opening night of Straight White Men on 23rd July 2019. The pair often visit exotic places on vacations; however, they do not flaunt any pictures on their social accounts as they still maintain privacy about their love life. 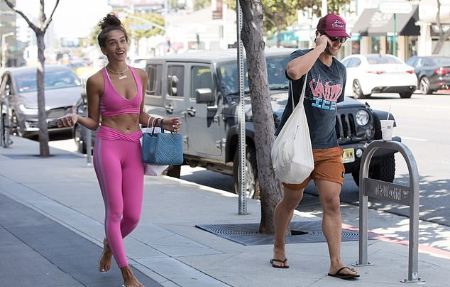 Isabel and The Deuce star were spotted going on a walk at Los Angles on Tuesday, 6th August 2019. The actress looked stunning in her bright pink gym kit, whereas Franco appeared in a pair of orange shorts, a t-shirt, and a baseball cap.

A few months later, in September, the lovebirds were again spotted enjoying their vacation in Greece. They were also seen enjoying a bike ride. From there, the celebrity couple then flew to Italy to spend their holiday. 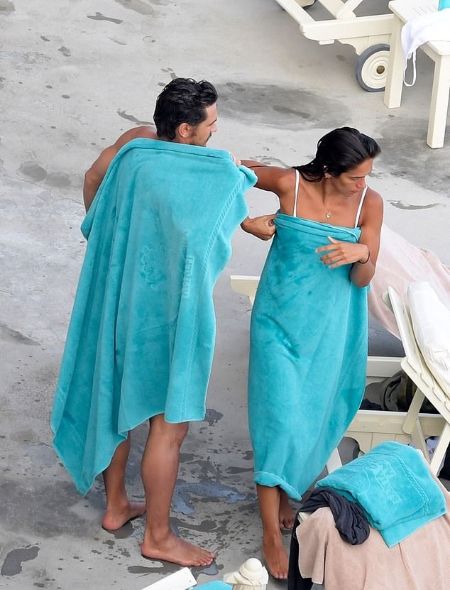 In Italy, the duo was seen swimming and kissing each other. Pakzad and James has an age gap of 15 years; however, they have proved that age is just a number if two hearts are connected. As the couple is still together and people are aware of their relationship, the two still try their best to keep it under the sleeves.

What is the reason behind doing so? Are they waiting for a perfect time to reveal it to the public? Maybe, the reason is to stay away from unwanted rumors and controversies. Besides, they may be planning to give a surprise to their well-wishers by announcing the news of engagement or marriage.

Her Boyfriend Is Alleged Of Sexual Harassment

Isabel Pakzad's lover James Franco won a Golden Globe award for his movie The Disaster Artist and further got nominated for an Oscar. Nevertheless, shortly after he won the award, he got surrounded by sexual harassment allegations from four actresses.

As per the source, the girls who spoke about the incident were none other than the students in Franco’s acting school, Studio 4. They claimed that James abused power as an acting teacher in a sexually exploitative manner.

The victims stated that James made them pose nude and perform in sex scenes. Furthermore, they also said Franco forced them to perform oral sex. The actresses took their Twitter and wrote about the incident.  Sarah Tither-Kapla, one of the victims, mentioned that James offered her to appear nude in two movies for $100/day.

In another post, she asked Franco why he won't give a speaking role, which doesn't require nudity in his upcoming films. Likewise, the other actress Violet Paley also wrote about the incident via Twitter. According to her, James forced her to do oral sex in a car, and further, he told Violet's 17 years old friend to come to his hotel room.

The other victims were Hilary Dusome and Natalie Chmie. But Franco denied the allegations and said that they are not accurate. When the co-star and producer of the show, Maggie Gyllenhaal, was asked about the issue, she said that it annoys her, and she isn't the right person to talk about it.

'I have been asked to answer for him and I have nothing to do with it. But I feel like it’s important to continue making the show. I feel like a political wife or something. I don’t like that.'

Moreover, according to Maggie, they asked every woman co-stars as well as crew of the show to figure out whether they were respected or not. Similarly, they also wanted to know their experience of working with James. As a result, everyone said that he respected them.

Isabel Pakzad has justed stepped her foot in the entertainment industry. To date, she has worked only in a few projects like The Deuce (2017), and This is 25 (2019). Likewise, she is currently working on a movie Birds of Prey: And the Fantabulous Emancipation of One Harley Quinn, which is set to be released in 2020.

An actress in the United States makes an annual income of around $56,582. Meanwhile, a producer earns a salary between $44,981 and $62,411. Working in multiple sectors, Pakzad makes a fruitful income; and she probably holds a net worth in a few thousand.