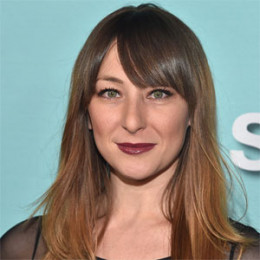 Isidora Goreshter, an American actress who is best known for her roles in the TV series, Shameless. Goreshter began acting right from a very early age. She made her Hollywood debut from the movie, Paranoia.

Isidora Goreshter was born on 24th October 1981, in Long Beach, California under the birth sign Scorpio. Goreshter is the first child born to her family. Her family was from the Soviet Union. She is American as per her nationality and is of Ashkenazi Jewish ethnicity.

Goreshter earned a degree in art history and theater from the California State University in Long Beach. She then learned acting at the Stella Adler acting conservatory.

From the early age of 3, Goreshter began performing on stage. Later, she appeared in many stage show productions like Waiting For Lefty, Laundry, Beirut and Waiting for Godot among others.

Isidora Goreshter made her Hollywood debut in 2013 from the movie, Paranoia. She shared the screen with Liam Hemsworth, Amber Heard, Harrison Ford, Gary Oldman and Lucas Till, among others.

Goreshter then appeared in other hit movies in supporting roles like Wonder Girls and Rebecca. She rose to prominence from the 2013’s series, Shameless. She appeared alongside William H. Macy, Jeremy Allen White, Ethan Cutkosky and Emma Greenwell, among others.

Goreshter will play one of the lead characters in an upcoming movie, Happy Anniversary opposite Leonardo Nam, Sanchita Malik and Stephen Nicoli, among others.

Like other Hollywood celebrities, Isidora Goreshter prefers to keep the information of her love life away from the media and public.

In February 2016, Goreshter was spotted holding hands in public with her fellow actress, Shailene Woodley on Valentine’s Day. The fans questioned their relationship after Goreshter passed a statement about falling in love. She said,

‘’ I fall in love with human beings based on who they are, not based on what they do or what sex they are.’’

Later, they confirmed that they are only friends and nothing more. And as per some of the online sources, Goreshter is already married and also has a child. And the interesting thing is Woodley helped her to meet her husband.

Isidora Goreshter's net worth is $1 million as per some online sources. However, the exact figure is not yet confirmed.

Some of the lead stars from Shameless collected $350k per episode. Goreshter is also one of the regular cast, so might earn the same amount.

Check out the interview of Isidora Goreshter!