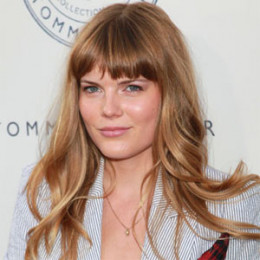 Emma Greenwell, 30 (2019) is an American actress who is best known for portraying the character of Mandy Milkovich on the critically-acclaimed series, Shameless. She is active in the film industry since 2011, and till the date, she has appeared in nearly 10 movies and TV series.

Emma Greenwell was born on January 14, 1989, in Greenwich, Connecticut, the U.S. Regarding her nationality, she is American and belongs to the mixed ethnicity as her mother is a French and father is English.

Greenwell moved with her parents in  London’s South Kensington neighborhood before her 2nd birthday. She joined the London Academy of Music and Dramatic Art but left after a year.

Emma Greenwell made her acting debut in 2011 with Emmy-winning Showtime drama, Shameless. She portrayed the character Mandy Milkovich till its 5th season and appeared in total 32 episodes. In the series, she appeared alongside William H. Macy, Emmy Rossum, Justin Chatwin, Shanola Hampton, Cameron Monaghan, Jeremy Allen White, and Emma Kenny among others.

Currently, she is busy with American TV drama, The Path which is set to hit the TV screen in January 2018. She joined the cast in 2016 as the lead, Mary Cox.

Shameless fame actress, Emma Greenwell is in a romantic relationship with her longtime boyfriend, Jeremy Allen White. The duo first met in the set of Shameless and eventually fell in love. They are together since 2011 and share a strong bond with one another.

Greenwell is quite secretive about her love life and prefers to interact less with media, and that might be the reason the couple has rarely been spotted by the paparazzi together.

She is also known as an animal lover as she has two dogs and often shares their picture on her Instagram. Besides this, she loves to travel and prefers to spend her free time with her friends and dogs.

It's been a long time and Jeremy Allen doesn't appear on Greenwell's social media posts.

Instead, we spotted an Instagram image of Greenwell with a guy named Joe Alexander. The couple hasn't confirmed their relationship.

Emma Greenwell is on her way to become a rich A-lister Hollywood celebrity as she has already earned an impressive sum of net worth around $3 million in short span of her career.

She worked in Shameless till its fifth-season and made a decent amount of salary, but the exact figure is not public. However, with her co-stars, William H. Macy and Emmy Rossum make $350,000 per episode, she may not get paid as much as them but surely made a six-figure salary.

In 2016, her movie, Pride, and Prejudice did an extraordinary job at the box office and succeeded to collect $121.1 million.